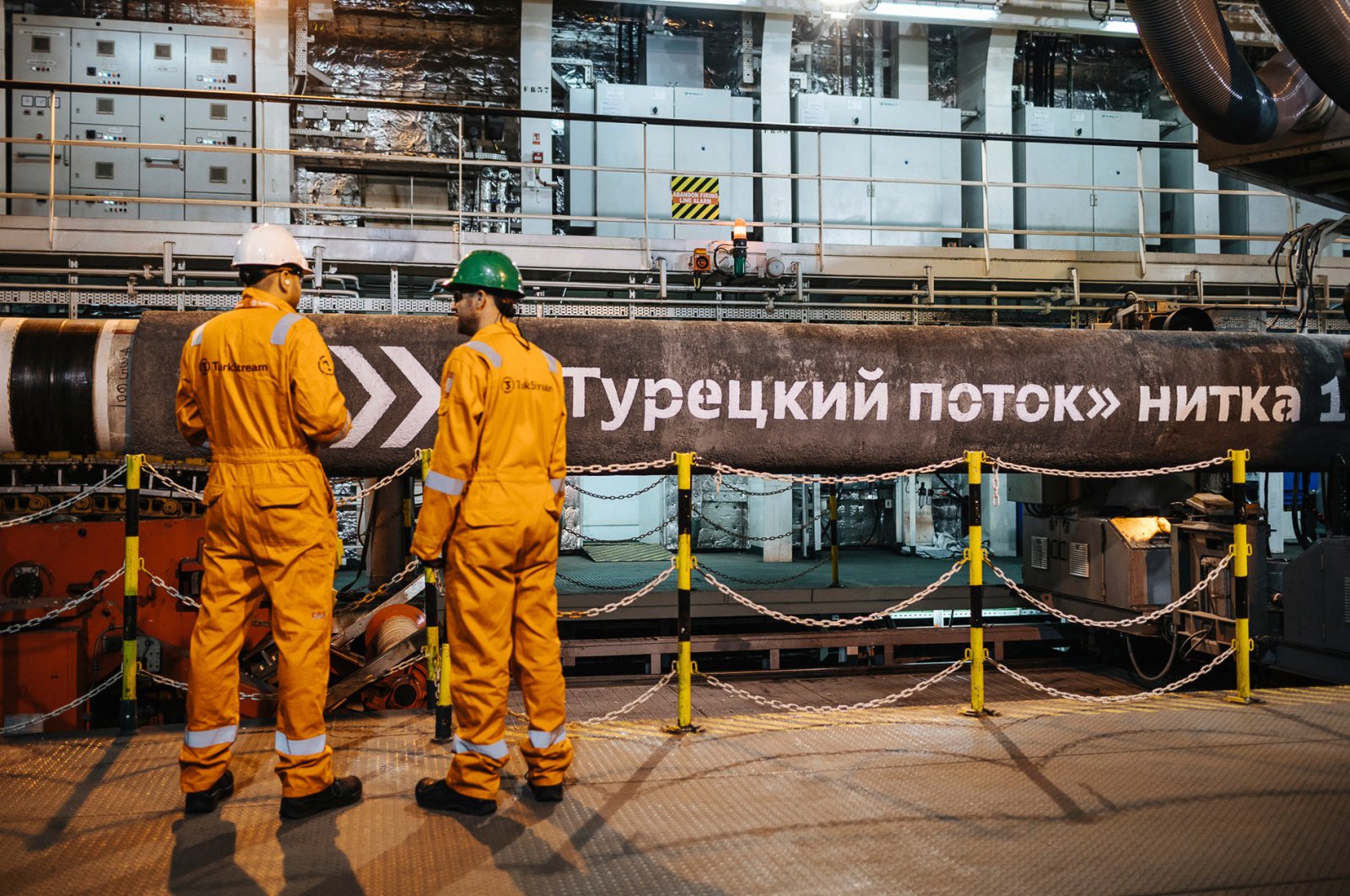 Commercial supplies via the TurkStream gas pipeline commenced this year on Jan. 1. (AA File Photo)
by DAILY SABAH WITH AGENCIES Jun 27, 2020 11:56 am
RECOMMENDED

The Hungarian energy group MOL announced Saturday that it has decided to connect into the TurkStream gas pipeline, running from Russia to Turkey.

MOL said it will join the gas pipeline through Serbia.

The regulator approved a 10-year development plan that includes the construction of a new Serbian-Hungarian gas inter-connector, with a capacity of 6 billion cubic meters (bcm) annually.

The Supervisory Board of the Hungarian gas carrier FGSZ on Friday approved an investment plan for the construction of a pipeline to Serbia with a capacity of 6 billion cubic meters per year, Russia's Tass reported.

According to documents adopted by the FGSZ, the planned capacity of the future pipeline must be reached at the border with Serbia by October 2021.

Earlier, Hungarian Foreign Minister Peter Szijjarto said Hungary had signed a trade agreement on the acquisition of 4.2 billion cubic meters of natural gas from the Russian group Gazprom for the period from October 2020 to October 2021. Szijjarto also said that Budapest is interested "in the opportunity to buy Russian natural gas via TurkStream and Bulgaria, starting at the end of next year."

TurkStream consists of two 930-kilometer-long (577.9-mile-long) offshore lines stretching from Russia to Turkey across the Black Sea, and two separate onshore lines at lengths of 142 kilometers and 70 kilometers.

The project has a total capacity of 31.5 bcm. The first line with a capacity of 15.75 bcm is designated for supplies to Turkey's domestic customers, and the second line, with another 15.75 bcm capacity carries Russian gas further to Europe through Bulgaria.

Commercial supplies via the gas pipeline commenced this year on Jan. 1.