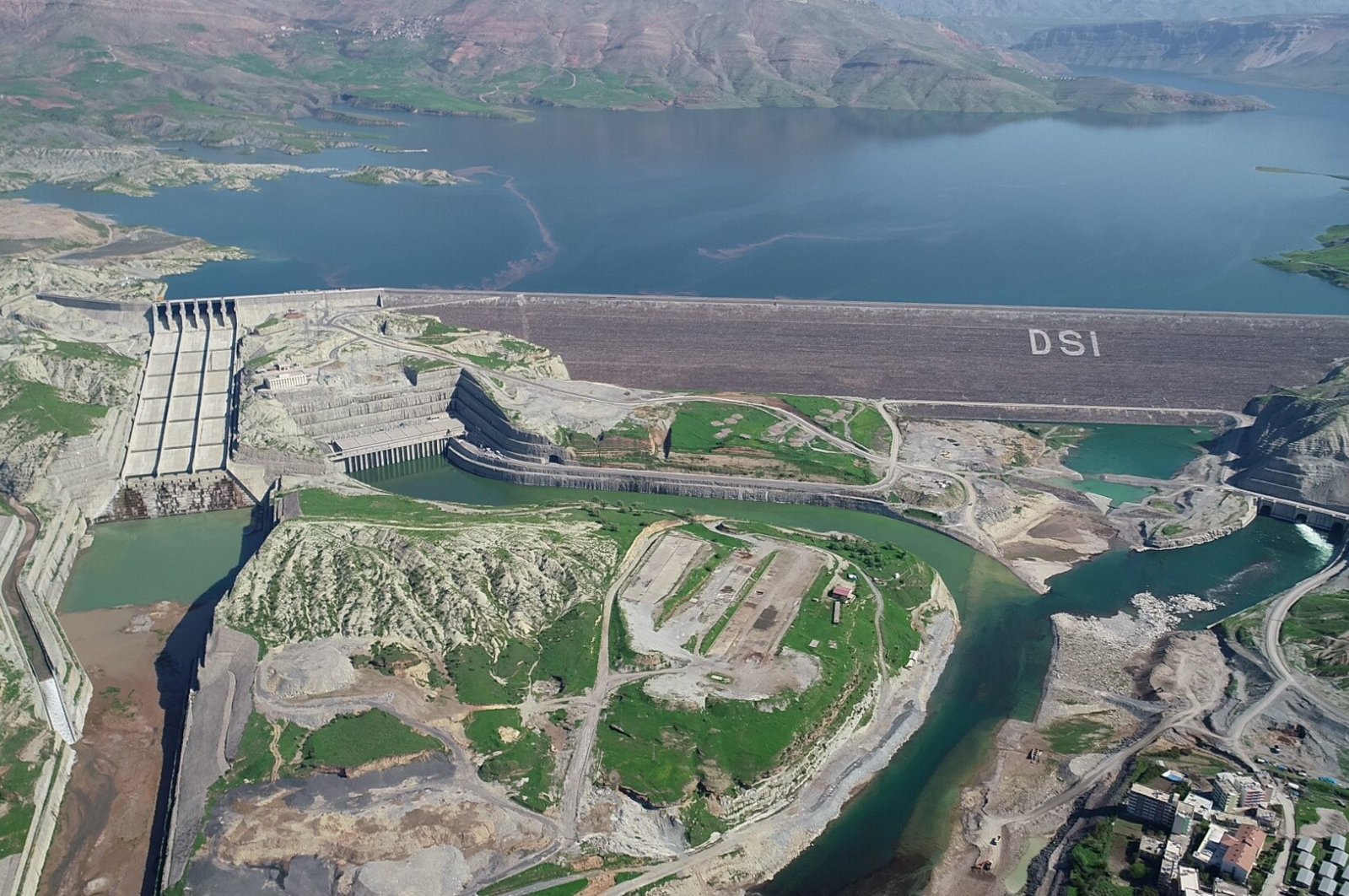 The Ilısu Dam is expected to generate 4.1 billion kilowatt-hour electricity per year. (IHA Photo)
by DAILY SABAH WITH AGENCIES May 12, 2020 12:17 pm

Turkey’s 587 hydroelectric power plants, all of which came into service in the last 18 years have generated 895 billion kilowatt-hours (kWh) of electricity, contributing nearly TL 233 billion ($33.3 billion) to the country’s economy, Agriculture and Forestry Minister said Tuesday.

In a written statement, Minister Bekir Pakdemirli said hydroelectric energy is the backbone of electricity production in Turkey and that the State Hydraulic Works (DSİ) have completed significant projects to ensure this.

The country’s production potential has also increased from 44 billion kWh to 102.1 billion kWh, as the country aims to capitalize on domestic and renewable sources of energy to reduce the share of imports.

Turkey's renewable energy capacity significantly increased in 2019, with a steady rise of 11% per year.

Pakdemirli, however, noted that the country is still behind in its potential in terms of using water resources, and the projects will continue to contribute to their effective use.

The country, meanwhile, will also start the first turbine at the Ilısu Dam on the river Tigris in southeastern Turkey’s Mardin next week, President Tayyip Erdoğan said Monday following a weekly cabinet meeting.

“We will start operating one of the six turbines at Ilısu Dam, one of the largest irrigations and energy projects in our country, on May 19,” Erdoğan said in a public address.

The dam is expected to generate 4.1 billion kilowatt-hour electricity per year, contributing TL 2 billion to the Turkish economy annually.

Ilısu, a project carried out within the framework of the Southeast Anatolian Project (GAP) to boost development in the region, is the second-largest dam in Turkey after Atatürk Dam, whose reservoir has a capacity of 48 billion cubic meters of water and was completed in 1992.

Turkey had started building dams on the Euphrates within the framework of a $32 billion GAP launched in 1977, one of the world's largest and most comprehensive sustainable development projects that included efficient irrigation methods and a water infrastructure development scheme.

The energy generated at Turkey's three largest hydroelectric power plants – the Atatürk, Karakaya and Keban dams – increased by 106% in 2019 compared to the previous year and the three dams have contributed of over TL 400 billion to the Turkish economy since their inaugurations, previous data by the DSİ showed.

The Atatürk Dam has alone contributed more than TL 150 billion to the Turkish economy over 26 years, according to 2019 data.

The dam ranks fifth in the world in terms of body size and it is both Turkey's and Europe's largest hydroelectric dam, which also contributes to the local economy and food supply with its fish farms.

Turkey's second-largest hydroelectric power plant Karakaya was built on the Euphrates in Çüngüş, Diyarbakır and began generating power in 1987. With a capacity to generate 6.66 billion kWh, the dam provides electricity for 2.11 million households. Since its inauguration, the Karakaya Dam has generated TL 93.8 billion for the economy.

The third-largest hydroelectric power plant, Keban Dam, was constructed in 1974 and is also located on the Euphrates but in Keban, Elazığ. On average, the dam generates 5.79 billion kWh, enough to supply electricity for 1.83 million households. Its economic contribution over 45 years is calculated at TL 157.3 billion.

Originating in eastern and northeastern Turkey's highlands and mountain ranges, the Euphrates flows 2,800 kilometers, crossing Syria and Iraq before merging with the Tigris – which also originates in eastern Turkey – to form the Shatt al-Arab River that empties into the Persian Gulf. Both rivers serve as a lifeline for millions in Iraq and Syria.