Hydropower capacity in Turkey up despite lower output amid drought 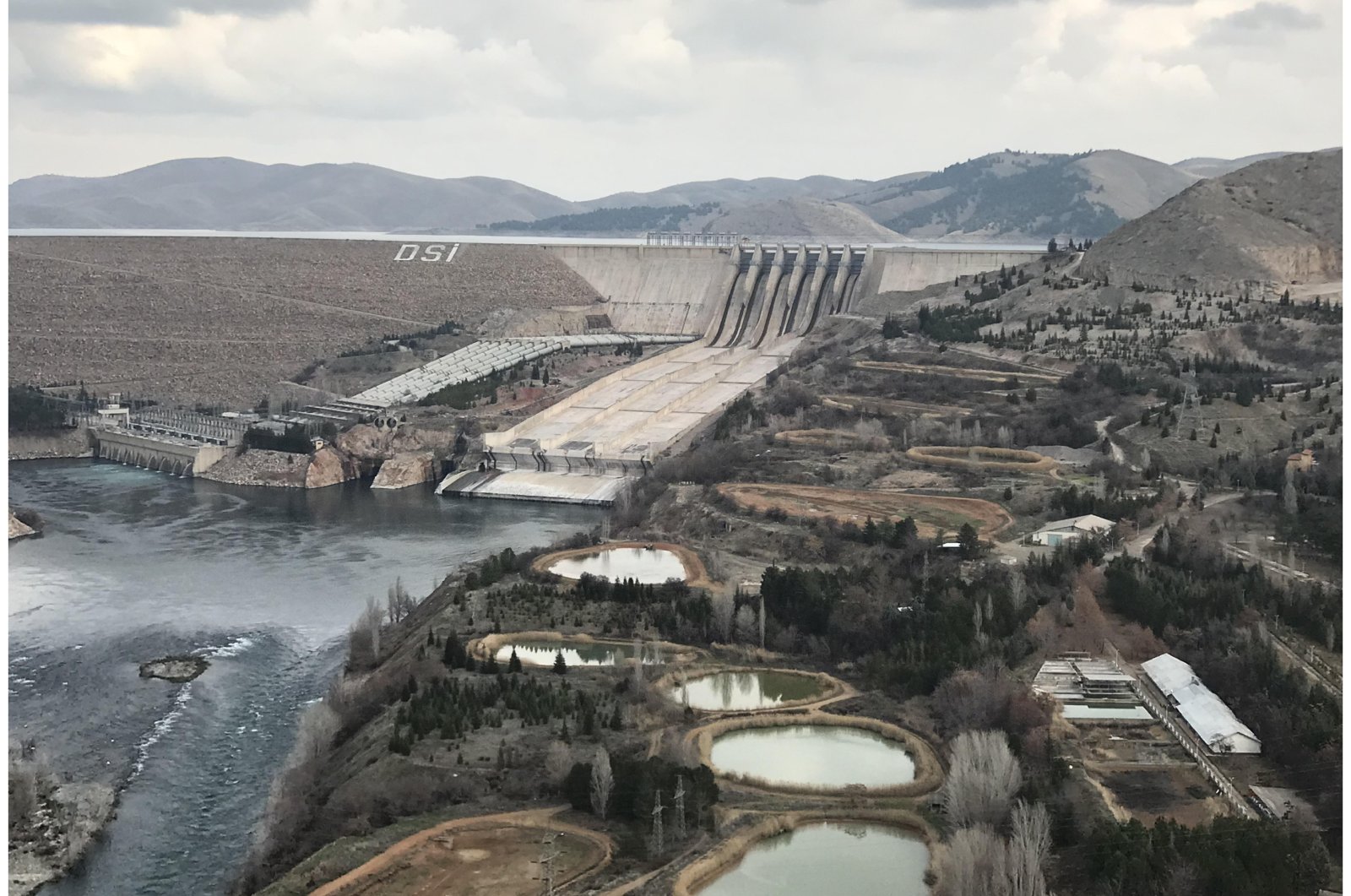 The installed capacity of hydropower in Turkey continues to grow despite lower output amid severe droughts that have been drying up rivers and reservoirs.

The production from hydropower plants has fallen to 20.1% in overall electricity generation from January through July of this year, according to data compiled by Anadolu Agency (AA) Wednesday.

By the end of July, 735 hydropower plants were generating electricity in Turkey.

The share of these plants in the total electricity generation of 188.7 billion kilowatt-hours (kWh) stood at 20.1%, or 37.9 billion kWh, during the seven-month period.

Hydropower plants saw a dramatic drop in output to water shortages, which first emerged in the last quarter of 2020.

The share of one of the leading forms of existing clean power in electricity generation during the January-July period of 2020 hit 31.6%, generating 53.8 billion kWh of electricity out of the total of 170.4 billion kWh.

At the end of July this year, Turkey's hydropower capacity reached 31,436 megawatts (MW), accounting for 32% of the country's total installed power capacity of 98,264 MW.

Hydropower constituted 60% of the total installed renewable capacity, which stood at 52,000 MW.

According to the International Hydropower Association (IHA), Turkey added 2,500 MW of hydropower capacity in 2020, marking the second-highest after China.

The southeastern province of Şanlıurfa led in hydropower capacity with 3,128 MW.

Elaziğ in the east followed with 2,445 MW, while Diyarbakır and Adana trailed behind with 2,251 and 1,905 MW of hydropower capacity, respectively.

The Artvin province in the Black Sea region ranked fifth with 1,815 MW followed by Samsun with 1,372.

Bingöl also made a sizable contribution of 1,316 MW, Kahramanmaraş, Mardin and Giresun also supplied 1,305, 1,213 and 947 MW of installed capacity, respectively.

The State Electricity Generation Company (EÜAŞ) reported the highest hydropower capacity of 13,993 MW. As for the private sector, Cengiz Holding led with 1,443 MW followed by Enerjisa Üretim with 1,350 and Limak Enerji with 1,137.

According to IHA data, Turkey is currently among the top 10 countries with the highest hydropower capacity.

China, out of 1,330 gigawatts (GW) of global hydropower capacity, accounted for 370,000 MW, ranking the first worldwide.