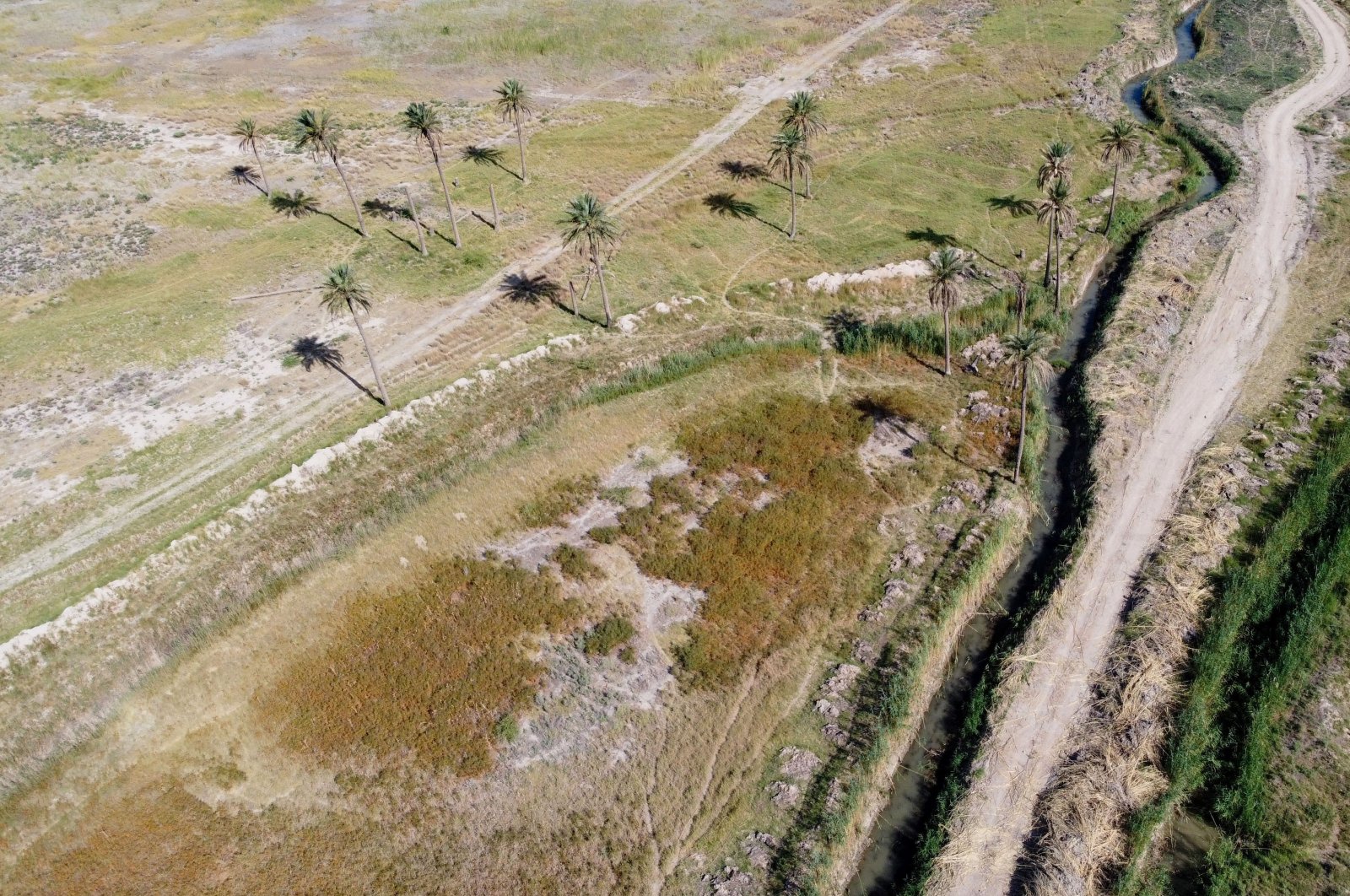 Where we are standing right now, there should be a river, Nabil Musa says, gesturing at a dried-up riverbed in northern Iraq.

For the environmental activist, the reason the once swirling Sirwan River – a tributary of the Tigris that originates in Iran – has dwindled to a trickle lies across the border in Iran, which he says is "controlling all" of the river's water.

With this year's lack of rainfall, Iraq is badly short of water, and officials trying to revive rivers like the Sirwan say lower flows from upstream neighbors Iran and Turkey are worsening home-grown problems such as leaks, aging pipes and illegal siphoning off of supplies.

Iran and Turkey are building big dams to solve their own lack of water, but regional cooperation on the issue is patchy.

Iraqi officials said the Daryan dam across the border in Iran is diverting parts of the Sirwan back into Iranian lands through a 48-kilometer (29-mile) tunnel.

Contacted by Reuters, Iranian officials declined to comment on the allegation. Iran has said the dam is still being built.

Local Iraqi villagers say they have felt the impact of reduced volumes from Iran for two years, complaining that the fall has had a punishing effect on communities downstream especially during increasingly frequent years of drought.

"It's been two years since I had to stop fishing," fisherman Ahmed Mahmud told Reuters from the nearby village of Imami Zamen. With the river drying up, most of the village's 70 families have already left. The primary school closed.

"If it continues like this, we will have to leave as well," he said.

The Sirwan begins in Iran and runs along its border with Iraq before flowing into Iraq's semi- Kurdistan Regional Government (KRG) and then on south to join the Tigris. Once abundant, it's now dotted with measuring poles showing where water once reached.

As a heat wave baked the drought-hit region in July, Iraq said the situation in the downstream province of Diyala would worsen without agreement with Iran, where about 18% of Iraq's Tigris river originates, on ways to share "damage" from lower flows.

To try to cope, Baghdad limited this summer's cultivated surfaces in Diyala in both irrigated and rainfed areas to 30% of last year's and dug water wells to support struggling farmers.

Asked about Iraqi allegations that Iran is reluctant to discuss the water crisis, a senior Iranian Foreign Ministry official noted that drought in Iran had "caused blackouts and protest." He told Reuters that following the recent formation of Iran's new government, scheduling meetings would take time.

"However, I should underline that because of the water crisis, our first priority would be meeting our domestic need and then our neighbors," the official added.

Iraq's water crisis has been in the making for nearly two decades. Outdated infrastructure and short-term policies made Baghdad vulnerable to climate change and lower flows from Iran and Turkey, source of about 70% of the Tigris and Euphrates rivers.

Turkey has for years been vowing commitment to its agreement with Iraq to keep the water flow, saying it has been maintaining the flow it was obliged to its southern neighbor, sometimes even more.

Ankara has also stressed its readiness to extend support to Iraq on water management.

In 2019, Turkey appointed Former Forestry and Water Affairs Minister Veysel Eroğlu as a special envoy to Iraq to resolve water-sharing issues between the two countries.

The Turkish Foreign Ministry did not immediately respond to a request for comment.

Previously, President Recep Tayyip Erdoğan underlined that the two countries should work together on water management to prevent a water crisis in the region.

Negotiations with Turkey on how much water it will allow downstream to Iraq are difficult, but at least they are taking place, Iraqi officials say. In contrast, there are no talks on the subject with Iran, which in the last three decades has contracted the construction of at least 600 dams nationwide.

Musa said Iran occasionally released water to Iraq. "But we don't know (in advance) when and how much," he said.

Iraqi water officials last June attempted without success to have a meeting with Tehran to discuss water shortages and seek information about Iran's water management strategy.

"We do get information using satellite imagery, on the status of dams and the size of reserves, whether in Turkey or Iran. But we would prefer to get it through diplomatic channels," Dhiab told Reuters.

At a summit in Baghdad on Aug. 28, Middle East countries including Iran discussed regional cooperation, but the issue of regional water policies didn't make it onto the agenda.

"We avoided controversial topics that pit them against each other, such as water," said an Iraqi diplomat, speaking on condition of anonymity as he was not allowed to speak to media.