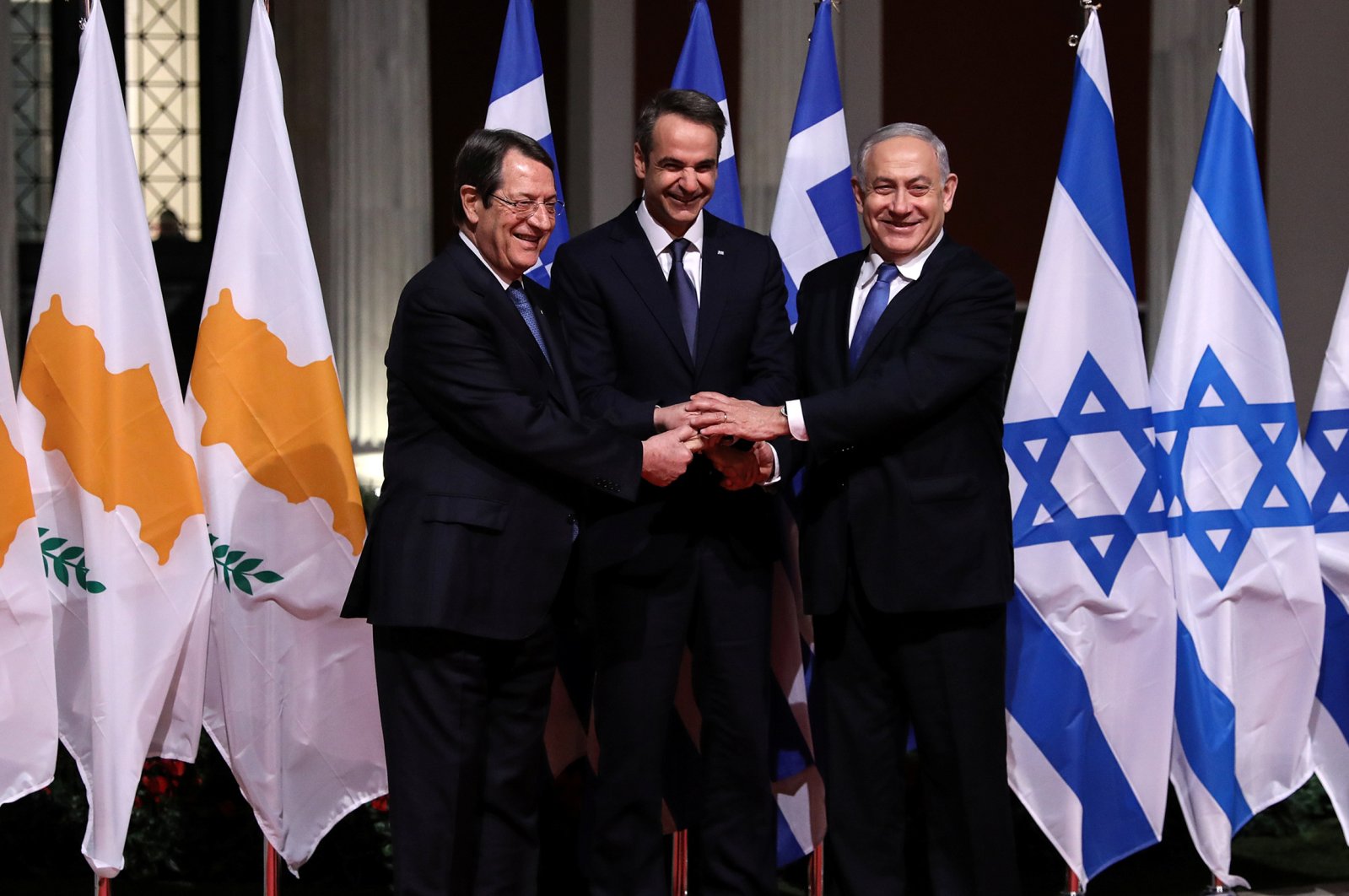 The Israeli government on Sunday ratified a deal on the Eastern Mediterranean (EastMed) gas pipeline project signed with Greece and the Greek Cypriot administration.

In a statement, Israel's Ministry of Energy announced that the Jan. 2 trilateral agreement to deliver Eastern Mediterranean gas to Europe had been approved.

Prior to the signing of the agreement, Turkish Cypriot President Mustafa Akıncı condemned the project, stressing that it "contradicts geographical facts," and is "decided on purely political concerns."

Israel, Greece and the Greek Cypriot administration in January inked a deal for the construction of the EastMed project, a $6 billion to $7 billion pipeline project that is expected initially to carry 10 billion cubic meters of gas per year. It is planned to run from Israel through the island of Cyprus, the Greek island of Crete, onto the Greek mainland and into Europe’s gas network via Italy.

The three governments aim to reach a final investment decision by 2022 and have the pipeline completed by 2025 to help Europe diversify its energy resources.