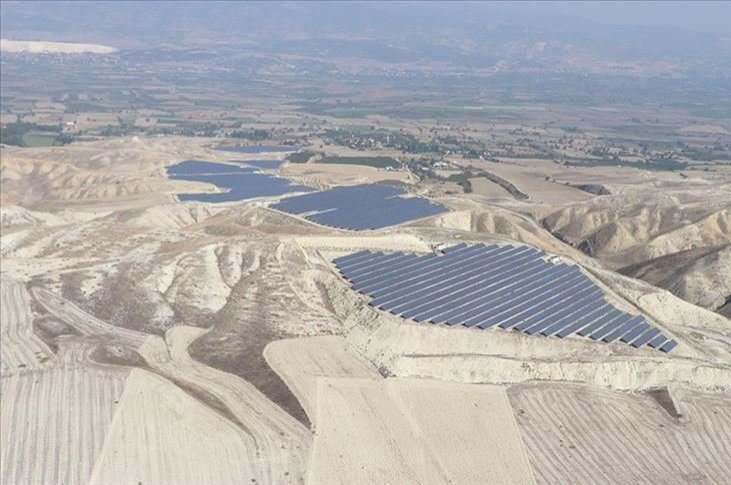 Japanese firms Enechange and Looop will invest $10 million to acquire joint operating rights for 10 years for a solar power plant in Turkey's western province of Denizli.

According to the Turkish Embassy in Tokyo, a videoconference meeting was organized to share details of the investment, which will be realized through a joint energy fund with a total finance target of $100 million in which Japanese companies will carry out decarbonization investments over the next 10 years.

As the first investment project, the two Japanese companies agreed to acquire the operating rights of a solar power plant in Turkey for $10 million.

The videoconference meeting was attended by Hasan Murat Mercan, the Turkish ambassador to Japan, Kaneko Tomohiro – the vice director of International Relations of the Agency for Natural Resources and Energy, which is part of Japan's Ministry of Economy, Trade and Industry – Enechange CEO Yohei Shiroguchi and Looop CEO Nakamura Soichiro.

Turkey and Japan share similar characteristics in terms of energy import dependency and therefore have the potential to cooperate in several areas in this sector, Kaneko said.

"We congratulate Japanese firms that are thinking of investing in Turkey's energy sector and as the ministry we support them," he said.

Nakamura also expressed his appreciation for the start of operations in Turkey. He hailed Turkey's large market volume, the government-supported investment environment and its developmental potential.

Turkish ambassador Mercan said that 70% of Turkey's energy needs are being met with imports and he stressed the need to decrease this dependency.

He noted that Turkey is the fifth-largest energy consumer in Europe and therefore will need nearly 125,000 megawatts of installed capacity by 2023.

Thanks to Turkey's feed-in tariff strategy, renewable energy investments will always continue to be one of the most important elements of the Turkish economy, according to Mercan.

"Therefore I congratulate Japanese companies' future vision in Turkey," Mercan said, adding that the Turkish embassy is ready to support other Japanese investors who are considering making investments in Turkey's energy sector in the future.