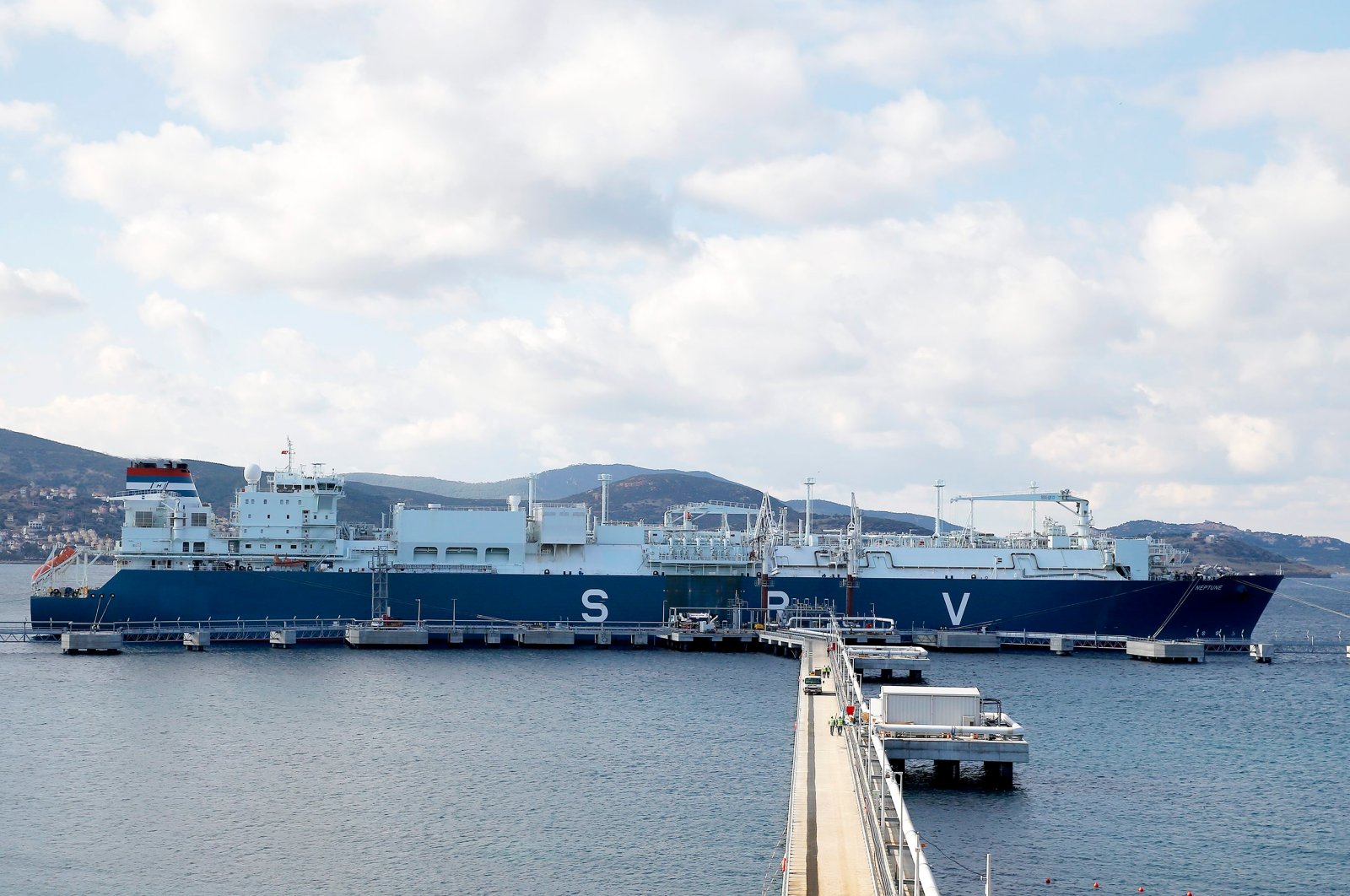 As the United States’ share of liquefied natural gas (LNG) of Turkey’s imports has grown significantly in recent years, it could increase even further if Turkey takes advantage of cheap gas prices offered by U.S. suppliers, an investor said.

Robert Bensh, an international energy investor and executive, told Anadolu Agency (AA) Saturday that considering the low natural gas prices in the market, he recommends that Turkey take advantage of buying extensive volumes of LNG from the U.S., which he emphasized currently costs half the price compared with other international gas suppliers.

Today, Turkey buys most of its natural gas through pipelines from Russia, Iran and Azerbaijan, in addition to some LNG imports mostly from Qatar, followed by the U.S. However, Turkey's share of LNG imports out of total gas purchases has been on the rise in recent years.

The country considers the purchase of cheaper natural gas and LNG an advantage for the diversification of its gas supplies. It looks to benefit from lower international prices and has increased LNG imports while keeping pipeline gas imports to a minimum.

The share of U.S. gas in Turkey’s spot LNG imports was 16% in 2017 and later fell to 8.6% in 2018, but jumped to 23% last year with 1.2 billion cubic meters (bcm) when the U.S. became the top destination after Qatar for Turkey's LNG purchases on the spot market, according to EPDK.

Turkey’s LNG imports outpaced pipeline gas imports for the first time in March, according to EPDK’s report on May 28, when Turkey imported 2.06 bcm of LNG, accounting for 52.5% of its total gas imports.

The recent increase in LNG imports can be partially attributed to the country’s expansion of its LNG infrastructure capacity in recent years.

In April this year, Turkey's gas imports from the U.S. soared by 242%, compared with the same month a year ago, and stood at 288 million cubic meters, EPDK data showed.

However, he advised that gas prices would not remain low for long, and given the short window of opportunity, he urged Turkey to make arrangements before the year-end to buy cheap LNG.

"Turkey has the flexibility to lock in extremely low prices because prices are not going to stay much longer at this low level. My guess is within the next six to nine months prices will start moving back up. Right now, you have this very tight spot market. Once those cargoes are purchased, LNG prices are going to go up," he said.

Bensh stressed that U.S. LNG would allow Turkey to diversify gas import sources and strengthen its negotiating position when it comes to pipeline gas.

He argued that as Turkey gets almost all of its gas from Russia, Iran and Qatar, U.S. LNG would allow Turkey to reduce its dependency by half given the expansion of Turkey’s LNG storage facilities.

"This would significantly enhance Turkey's overall negotiating position for pipeline gas from Iran and Azerbaijan in the long term and would diversify its supply source and reduce its overall cost basis as well. It would also help with future negotiations due in 2022 with Russia, Iran and Qatar. So, Turkey is in an extremely good position right now," he declared.

Bensh also maintained that Turkey could export some of the purchased gas not used for domestic consumption to other countries, especially those in southern Europe.

"Turkey has a very significant geopolitical advantage over other countries with regard to U.S. LNG supply, as it's easy to get LNG point-to-point in Turkey, which it can then turn around and sell ... to southern Europe," he said.

Currently, Germany plans to import more natural gas from Russia via the planned Nord Stream 2 pipeline. Nonetheless, some European nations that oppose the project such as Romania, Moldova, Bulgaria and Albania could provide Turkey with new markets for gas exports, allowing Turkey to develop a hub for gas trade to southern Europe, Bensh said.

The export of LNG to southern Europe depends on storage capacity, and Bensh explained that as Turkey has been expanding its LNG infrastructure capacity in recent years, it considers that it is capable of doing so if more infrastructure investments are made.

Turkey’s two underground LNG facilities can store up to 45 million cubic meters (mcm) of natural gas per day. With LNG terminals and floating storage and regasification units (FRSU), there is an additional storage gas capacity of up to 97 mcm per day if needed.