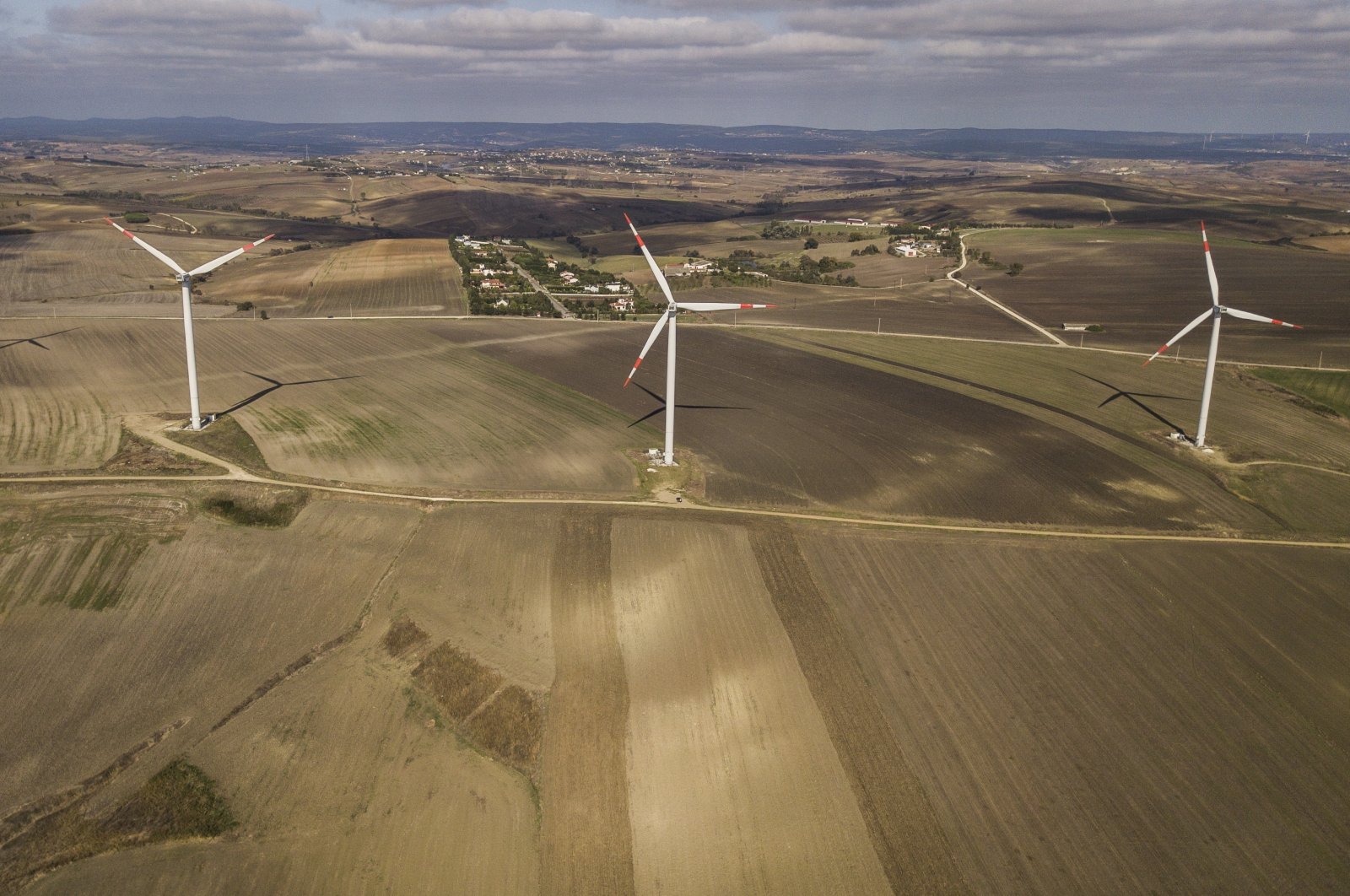 Wind power plants accounted for over half of the additional power capacity installations in Turkey from January through April.

Some 51.5% of the 1,268 megawatts (MW) installed in the January-April period of this year came from wind plants, according to data compiled Friday by Anadolu Agency (AA).

Turkey’s total installed electricity capacity exceeded 97,000 MW at the end of April 2021. Out of the total capacity, renewables accounted for 51,000 MW.

The 652.3 MW added by wind power during the first four months were driven by additions in the provinces of Çanakkale, Bursa, Balıkesir, Kırklareli in the Marmara region, and Izmir, Aydın and Muğla in the Aegean region, along with Van and Hatay in the east.

Hydropower ranked second in terms of newly added capacity with 363.8 MW, accounting for 28.7% of total installed capacity during the January-April period.

Geothermal and biomass generated 59 MW, while thermal power plant capacity added 30.8 MW in the first four months of the year.

As a result, renewable resources accounted for 97.5% of installed capacity during the first four months of the year.

Turkey added a record capacity of about 4,900 MW last year, the majority of which came from renewables.

The main driver behind this growth was the push from investors to complete their projects in time to benefit from the Renewable Energy Support Scheme (YEKDEM), which was due to expire on Dec. 31, 2020.

The same trend is continuing as the scheme was extended to June 30 this year due to the COVID-19 pandemic, which caused supply chain disruptions in the first half of last year in particular.

YEKDEM, which started in 2011, supports wind and hydropower plants at 7.3 cents per kilowatt-hour (kWh), geothermal facilities at 10.5 cents per kWh, and solar and biomass plants at 13.3 cents per kWh. These figures can vary slightly depending on the use of locally produced plant equipment.