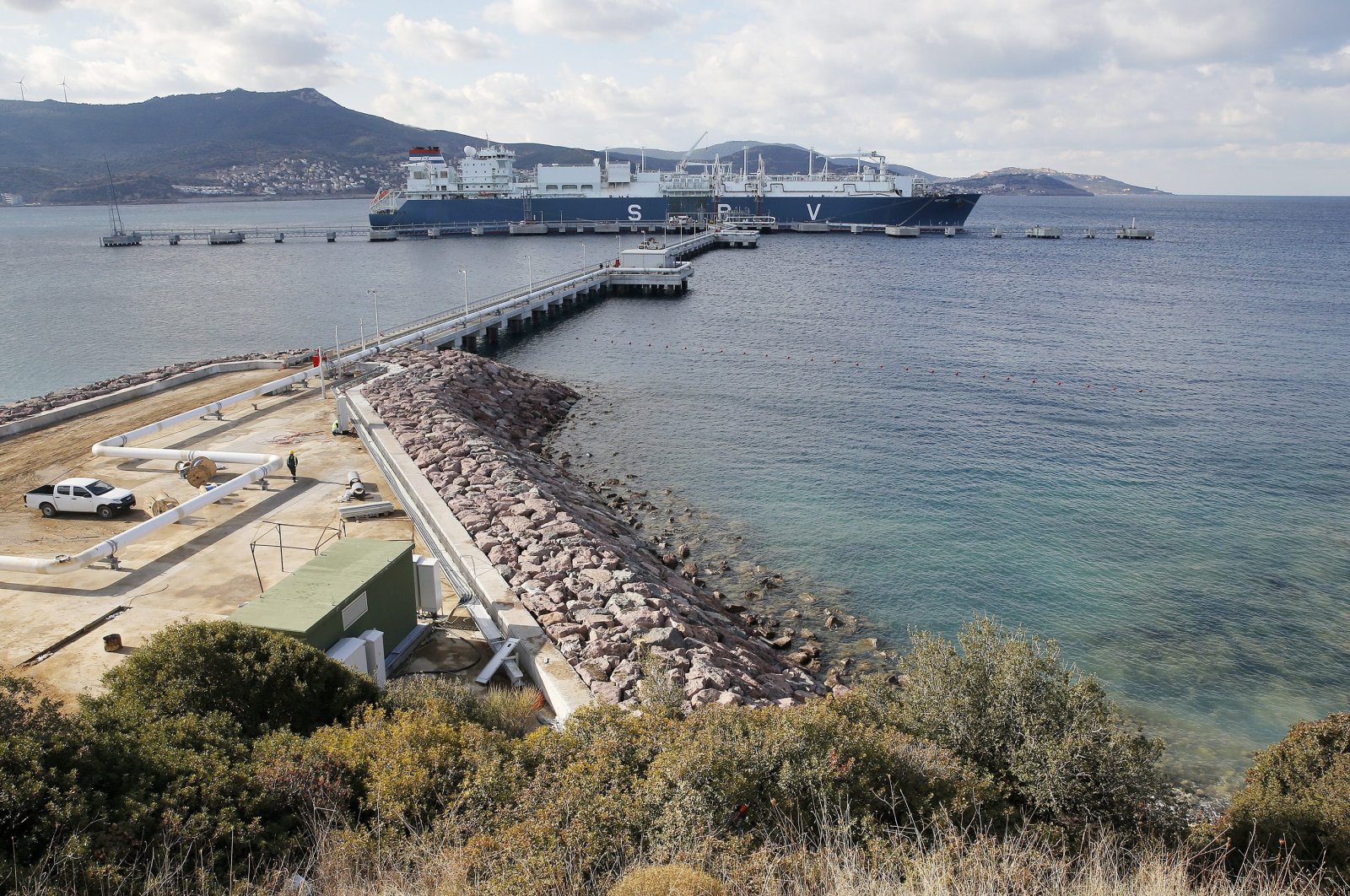 The growing share of the liquefied natural gas (LNG) in Turkey’s overall natural gas imports has accelerated the investments in the field. Accordingly, ENKA Group has most recently applied to the Energy Market Regulatory Authority (EPDK) to establish an LNG facility in the Aegean province of Izmir, contributing to the city by becoming a hub for the country’s LNG investments.

ENKA, which already stands out with its large-scale gas power plants built in Izmir, northwestern Adapazarı and Gebze, looks to build a floating storage and regasification unit (FSRU) as the new LNG facility in Izmir's industrial Aliağa district, according to a report by Habertürk daily.

Turkey considers the purchase of cheaper natural gas and LNG an advantage for the diversification of its gas supplies. As spot LNG prices continue to fall with the glut of supply, Turkey wants to benefit from lower international prices and has increased LNG imports while keeping pipeline gas imports to a minimum.

There is currently an FSRU unit located in Aliağa district run by the Kolin-Kalyon Enerji Çelikler Joint Venture Group and operated by Etki Liman İşletmeleri. The FSRU has replaced Turkey’s first FSRU that entered service in 2016 as a larger-capacity facility in 2019. The first LNG floating vessel had a storage capacity of 139,000 cubic meters and was able to provide 14 million cubic meters of gas to the Turkish network per day. The new FSRU, manufactured by Hyundai Heavy Industries, left South Korea on June 11, 2019, to arrive in the Turkish port. With a storage capacity of 170,000 cubic meters of gas, it was said at the time that it compresses 28 million cubic meters of natural gas to the system daily.

FSRUs have a different feature than other shore LNG terminals. Storage and regasification of LNG imported by vessels are provided by operating the FSRU berthed at the terminal jetty. The FSRU can regasify the liquid stored in its tanks utilizing the existing vaporizer units.

According to the Habertürk article, ENKA aims to supply cheaper gas to its power plant in Izmir, which has an installed power of 1,520 megawatts, over the floating LNG facility in question.

The facility will store the LNG that Petroleum Pipeline Corporation Company (BOTAŞ) purchases from various countries, including Qatar and Algeria, and will regasify it to compress into the national system.

Turkey’s LNG imports in March this year outpaced pipeline gas imports for the first time, data from EPDK showed, as it imported 2.06 billion cubic meters of LNG, accounting for 52.5% of total gas imports in the month.

Currently, Turkey operates four LNG terminals, two of them are FSRU and the remaining two are land facilities. The LNG terminal in Marmara Ereğlisi, located 120 kilometers (74.5 miles) west of Istanbul in the northern Marmara Sea, currently operates with a capacity of 5.9 million tons. The terminal is capable of sending out 8 billion cubic meters of gas annually. Another land terminal is located in the Aliağa district with a capacity of 4.4 million tons of LNG. The Izmir terminal operated by Çolakoğlu Group’s Egegaz has a regasification and compression capacity for 6 billion cubic meters per year.

Meanwhile, the ENKA Group has most recently signed a $358 million contract with JSC TatEnergo for the turnkey construction of 858 MW-capacity natural gas combined cycle power plant in Tatarstan.

"Our company has signed a contract with JSC Tatenergo for the turnkey construction of the 858MW natural gas combined cycle power plant to be built in Tatarstan. The contract price is 25.6 billion rubles ($358.7 million), and the plant is expected to be operational in December 2023,” a company statement said Tuesday.