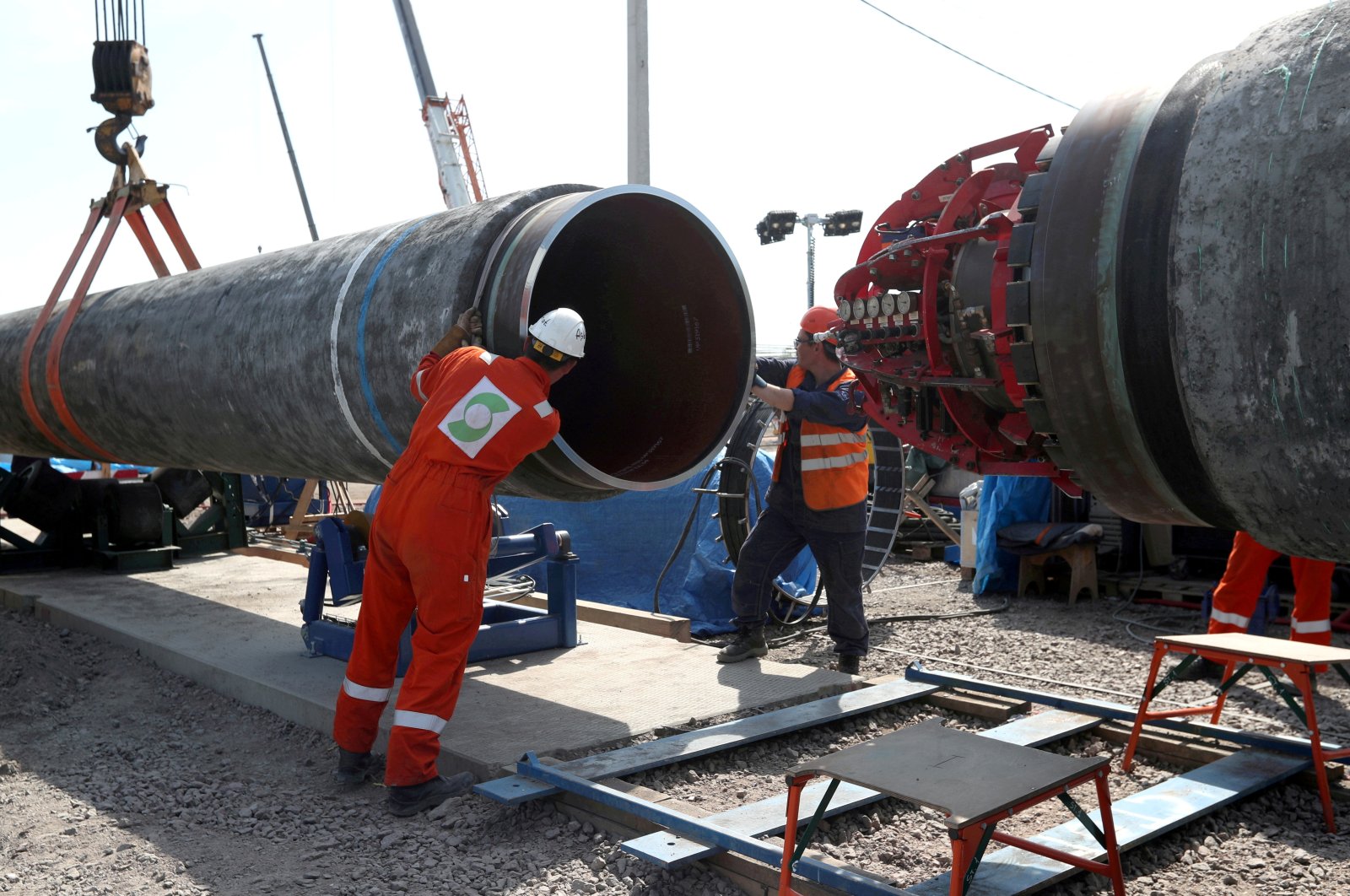 Workers are seen at the construction site of the Nord Stream 2 gas pipeline, near the town of Kingisepp, Leningrad region, Russia, June 5, 2019. (Reuters File Photo)
by REUTERS
Aug 02, 2021 8:02 pm

"We consider Nord Stream 2 a geopolitical project geared toward expanding Russia's influence on Europe by dominating the energy market," said the chairperson of the United States Senate Foreign Relations Committee that issued a statement Monday, along with counterparts from several European parliaments.

President Joe Biden and German Chancellor Angela Merkel last month reached an agreement that allows the pipeline that will take Russian gas to Germany to proceed.

Ukraine has long opposed the nearly completed $11 billion project because it will give Moscow the theoretical option to stop routing gas via Ukraine, which would deprive Kyiv of billions of dollars in lucrative transit fees and, it says, imperil its security.