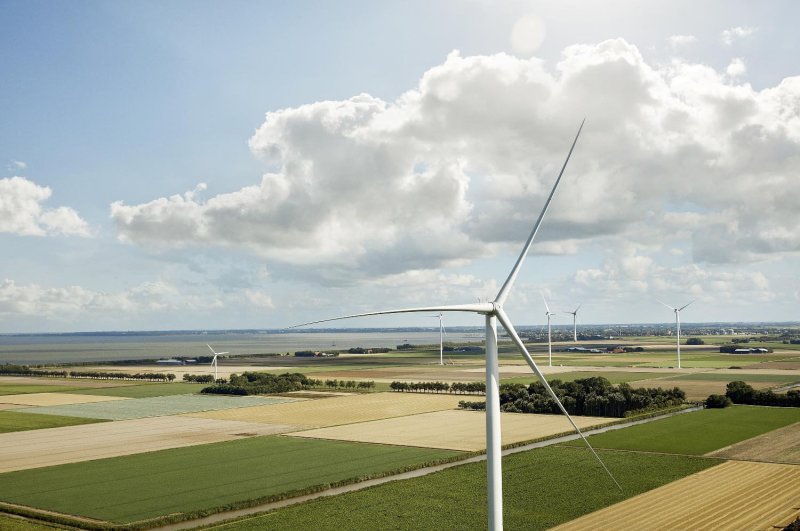 In this undated file photo, wind turbines are seen in the western province of İzmir. (DHA Photo)
by Daily Sabah with AA
Mar 03, 2020 12:35 pm

Nordex said in a statement that it will install 27 N149/4.0-4.5 turbines for its long-standing customer of the Nordex Group, Evrencik Elektrik.

The contract also includes a 15-year premium service agreement, the company noted. Installation of the first turbines on-site in the province of Kırklareli in eastern Thrace is due to commence in October this year.

Nordex will source the rotor blades, anchor cages, towers and generators for the 27 turbines locally, according to the German manufacturer.

"This means that – like all the Nordex Group’s customers in Turkey – Evrencik Elektrik benefits from a higher feed-in tariff as the components are produced in the country," the company stressed.

“I am delighted that with this major order from our long-standing customer Evrencik we have been able to follow on from last year’s sales successes in Turkey with a volume of 690 MW,” Chief Sales Officer of the Nordex Group Patxi Landa was quoted as saying.

The company has been active in the Turkish wind energy market since 2009. In 2016, Nordex Enerji A.Ş. Turkey became the market leader and the company says it continues to hold this position with a market share of 27% and a current installed capacity of over 2,134 MW, as well as 825 MW under construction, as of January.

It has praised the high potential for the use of wind energy in Turkey given that the mountain ranges in central Turkey, and especially in the western coastal regions, offer consistently strong wind speeds.

The group’s Turkish headquarters are located in Istanbul. It also has a training center and a customer service office in the western province of İzmir in close proximity to numerous wind farms on the west coast. Nordex Enerji A.Ş.’s team is comprised of 240 employees.

Overall, the group has installed more than 27 GW of wind energy capacity in over 40 markets and in 2018 generated revenues of around 2.5 billion euros. The company currently has more than 6,500 employees. The joint manufacturing capacity includes factories in Germany, Spain, Brazil, the U.S., India, Argentina and Mexico.