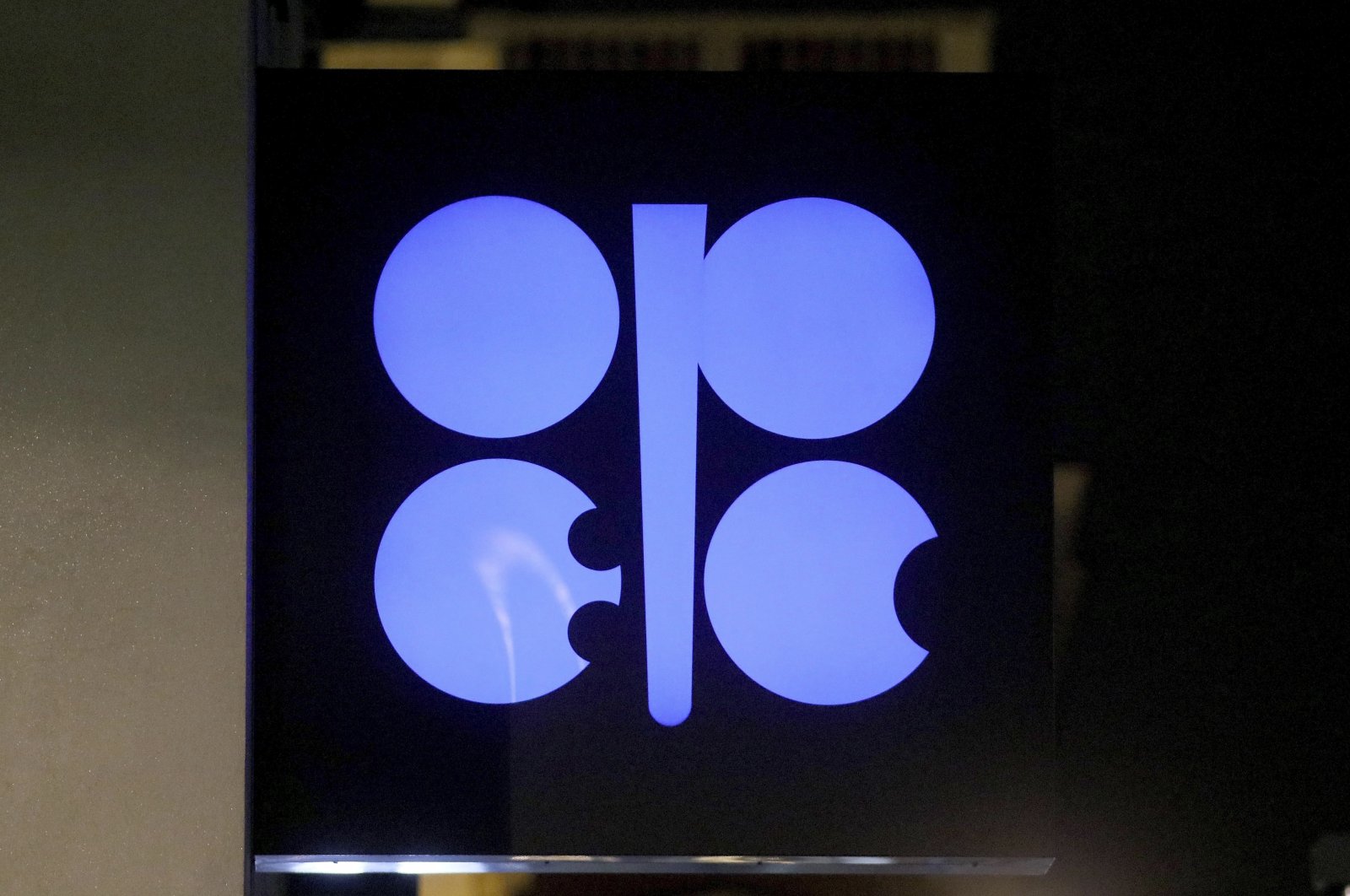 The advertising label of the Organization of the Petroleum Exporting Countries (OPEC) shines at their headquarters in Vienna, Austria, Dec. 19, 2019. (AP Photo)
by ASSOCIATED PRESS Dec 04, 2020 11:05 am
RECOMMENDED

Organization of the Petroleum Exporting Countries (OPEC) and allied countries including Russia agreed Thursday to increase oil production by 500,000 barrels per day (bpd) from January and said they would meet monthly to decide further output levels, gingerly adding more crude to a global economy still suffering from the COVID-19 pandemic.

The decision followed days of wrangling over whether to increase output early next year at all after the pandemic sapped demand for energy and clouded the outlook for the industry.

The OPEC members and a group of allies had made deep cuts in production last year to support prices as the pandemic sharply reduced demand for fuel. Analysts said simply extending the 7.7 million bpd in cuts was the course preferred by Saudi Arabia, which takes a leadership role among member countries, and also by Russia, the biggest of the non-members who have been cooperating with OPEC.

But they faced pushback from countries including the United Arab Emirates (UAE), which opposed the extension and wanted countries that had overproduced their quotas to make compensatory cuts.

Russian Deputy Prime Minister Alexander Novak said that participants agreed that 2 million bpd needed to return to the market “at some point” but that any increase would be gradual. The monthly meetings could decide in either direction, up or down, he said.

Saudi Arabia’s Energy Minister Abdulaziz bin Salman alluded to hopes that the recent wave of lockdown restrictions on businesses “are not hampering demand as in the first wave” but cautioned that “the jury is still out” and that “we need to be cautious” about ramping up production.

Oil producing countries face a dilemma: Producing more increases their revenues but could send prices lower, especially given still-weak demand and uncertain prospects for the speed and timing of a post-pandemic economic recovery.

Energy forecasters around the world, including those employed by OPEC, have been lowering their forecasts about how much oil will be needed. Airline travel, for example, has been dramatically reduced, and is not expected to rebound for several years.

The U.S. benchmark for oil traded at $45.74 per barrel Thursday on the New York Mercantile Exchange, up 46 cents on the day. That is down from around $63 at the start of 2020. Gasoline prices for U.S. motorists have fallen during the pandemic to below $2 in some parts of the country, according to the U.S. Energy Information Administration; the national average was $2.12 as of Nov. 30.

A barrel of benchmark crude in the U.S. had been selling for around $40 for months, well below what most producers need to break even. It has risen in the past week but current prices still leave many oil producers struggling. In the past week, oil giants Exxon and Chevron both slashed their capital expenditure budgets for the coming year.

Stewart Glickman, energy equity analyst at CFRA Research, said the recent surge in COVID-19 cases and deaths in many nations meant the original oil producing countries’ plan – to raise production by some 1.9 million bpd from January – “might have sent crude prices tumbling further.”

He said crude inventories would be watched in coming months to see whether the “modest” production boost of 500,000 bpd is absorbed by markets or “whether oil demand remains too weak to sustain pricing” despite promising news regarding vaccine development.