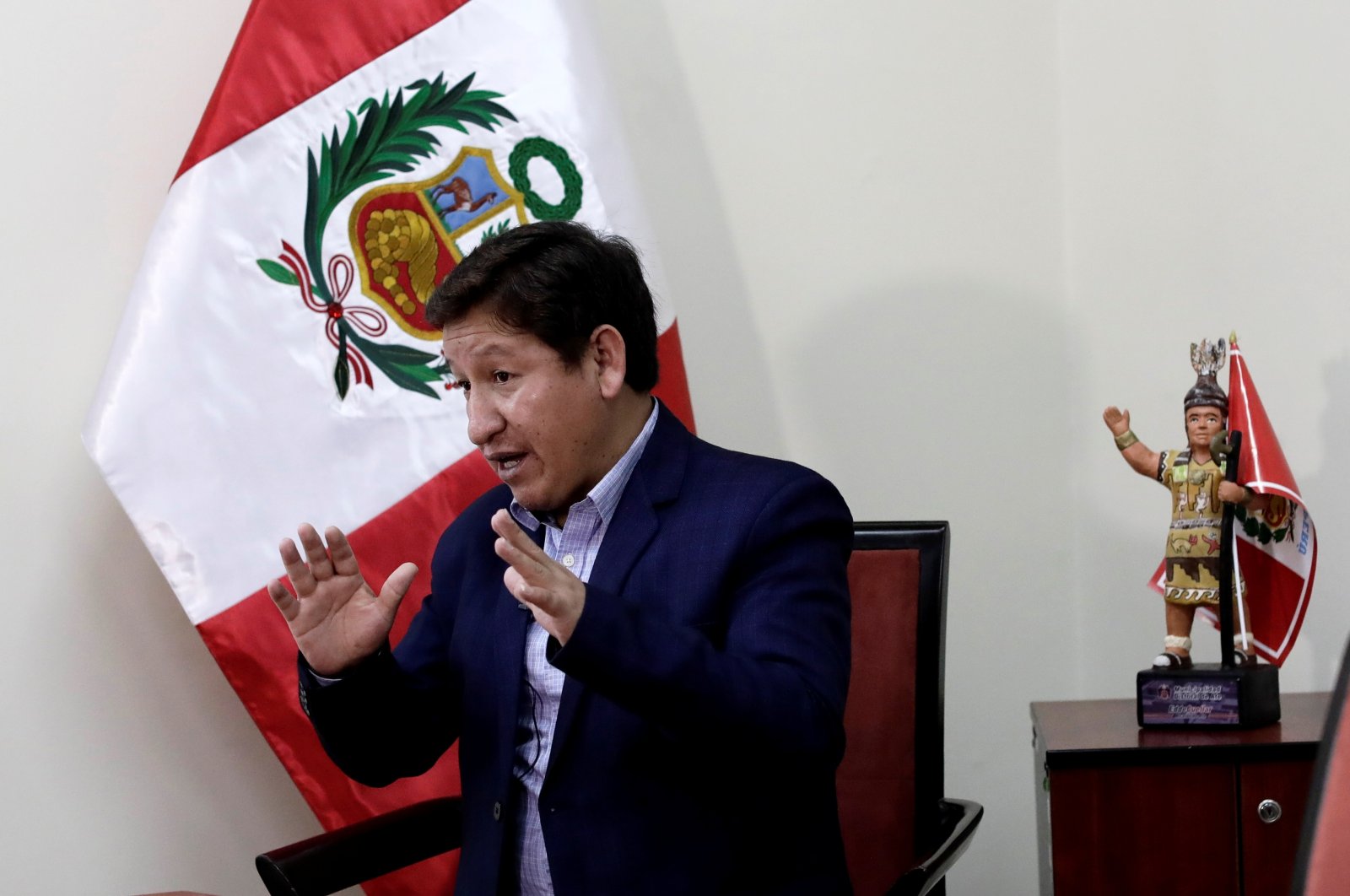 Bellido, the top aide to newly inaugurated President Pedro Castillo, said the government will also seek to create new public companies, a shift for the Andean nation that in recent decades has focused on divesting its state-controlled corporations.

Castillo, a former elementary school teacher, and Bellido are now poised to tilt Peru sharply to the left if they can surmount the significant hurdle of getting greenlit by the opposition-led Congress.

They have also established a committee to keep inflation in check, Bellido said, and shore up the waning strength of the local sol currency, which is at a historic low against the dollar largely due to higher political risk, analysts say.

Peru's more moderate Economy Minister Pedro Francke will be in charge of the committee, he said, adding that "we need to stop the dollar's rise" against the local currency.

Francke initially balked at serving under the newly elected party's more hardline prime minister, sparking a last-minute impasse moments before he was supposed to be sworn into the cabinet. Bellido said that Francke would be expected to consult with the rest of the cabinet.

"Everything is a dialogue, nobody can have an island, the economy is not an island," he said.

Bellido, who is also a congressperson for his native Cuzco region, was little-known in Lima political circles before Castillo won the presidency this June campaigning with the Marxist-Leninist party Free Peru.

Unlike Castillo, Bellido is a longtime member of Free Peru and defines himself as a socialist.

His other priorities, he said, include ensuring that industries seek warmer relations with the communities they operate in and invest in protecting the environment.

In a wide-ranging interview from Lima's ornamental government palace, Bellido said he has little concern for potential challenges from Congress, and said Castillo will not be impeached, unlike his predecessor Martin Vizcarra.

Castillo is Peru's fifth president in five years due to continued political turmoil. He has yet to give any interviews since taking office.

"It is a lesson that a peasant is now the president of the republic, it is a cultural lesson," Bellido said, referring to Castillo's background growing up in an impoverished hamlet in rural Peru.

During Castillo's presidential campaign, he accused private enterprise of "plundering" the nation's wealth and said he would seek to nationalize natural gas, gold, silver, uranium, copper and lithium mining projects.

He later played down those comments, saying that private investment would be respected.

Bellido, however, said in the interview that the state will indeed have a degree of participation in key industries.

"Our feeling is that strategic sectors need to be in the hands of the government," he said.

"In my opinion, natural gas is a strategic resource and needs to have government participation (as well) as new hydroelectric projects of large size," he added, specifying that the mining sector of the world's No. 2 copper producer would ultimately be left in the control of private enterprise.

Bellido's intent to have the government participate in natural gas could have significant implications for the Camisea consortium, the largest fuel producer in Peru. The consortium is led by Argentina's Pluspetrol, with smaller stakes held by South Korean conglomerate SK Group, Hunt Oil and Repsol SA.

Bellido was born in the Andean region of Cuzco and speaks the Indigenous language Quechua, unlike most former prime ministers who were raised in Spanish-speaking Lima.

Castillo, who has promised to prioritize marginalized Peruvians from remote regions, has been quick to dispatch Bellido to help mediate a mining conflict near his home region. Chinese miner MMG LTD operates the Las Bambas mine, 1,100 km (700 miles) southeast of the capital Lima and one of the largest copper deposits in Peru.

Residents of the area recently blocked a key road that MMG uses to transport copper to a coastal port. They complain so many trucks cross a poorly-maintained dirt road that their agricultural fields end up covered in mineral dust.

Following Bellido's visit, residents agreed to halt their protest for 60 days in search of a more permanent solution.

"In seeking high profitability, (miners) have cast aside their environmental responsibilities," Bellido said of the dispute.

While he acknowledged that Peru is a "mining country," he said that under the new administration, corporations would need to invest more in improving relations with local communities. But he stressed that the Castillo administration will seek to forge agreements rather than foment confrontation with miners.

"We need to have dialogue, build consensus, we won't impose anything here," he said.