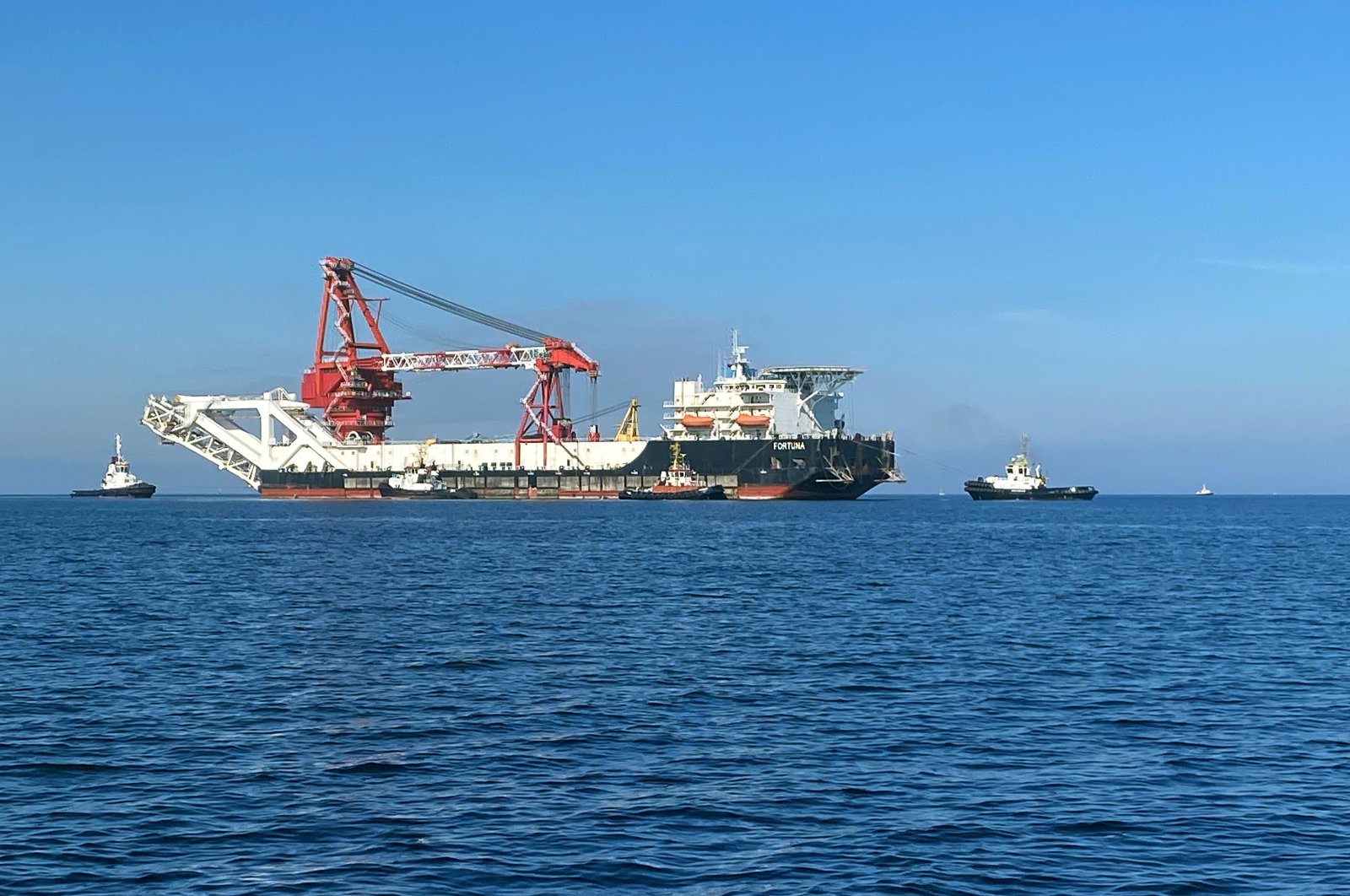 The pipe-laying vessel Fortuna, which may be used to complete the construction of the Nord Stream 2 Baltic Sea gas pipeline, makes its way to Wismar, Germany, Sept. 30, 2020. (Reuters Photo)
by REUTERS Oct 07, 2020 12:05 pm
RECOMMENDED

Poland's anti-monopoly watchdog said on Wednesday it had fined Russia's Gazprom more than 29 billion zlotys ($7.6 billion) for building the Nord Stream 2 gas pipeline without its approval.

The UOKiK watchdog also said it had imposed a 234 million zloty fine on five other firms involved in financing a $11 billion project set to double Russia's gas export capacity via the Baltic Sea.

Nord Stream 2 is led by Gazprom, with half of the funding provided by Germany's Uniper and BASF's Wintershall unit, Anglo-Dutch company Shell, Austria's OMV and Engie.

Poland is strongly opposed to the pipeline, which is in its final stages of construction and is due to transport Russian natural gas across the Baltic seabed to Germany and Western Europe, bypassing traditional transit routes through Ukraine and Poland. The authorities say that the pipeline could lead to higher gas prices in Poland, hurting consumers.

It also sees Nord Stream 2 as a threat to Europe's energy security as it will increase reliance on Russian energy.

The United States has also imposed sanctions on companies laying pipes for the project.

UOKiK has been examining the project for years. In August it fined Gazprom 213 million zlotys over a lack of cooperation regarding the project.

"The launch of NS2 will threaten the continuity of natural gas supplies to Poland. An increase in the price of the product is also highly likely, with the said increase being borne by Polish consumers," said Tomasz Chrostny, president of UOKiK.

"Completion of this investment project increases economic dependence on Russian gas – not only in the case of Poland but also of other European states," Chrostny said.

Gazprom will use its right to appeal the fine, a Gazprom official said on Wednesday.

The official, speaking during the conference call, also said that Gazprom did not violate Polish anti-monopoly regulations.

Construction of the 1,230-kilometer (764-mile) pipeline is nearly finished but for a final stretch of roughly 120 kilometers in Danish waters.