Racing ahead in renewable energy, Turkey among top 4 countries in geothermal capacity 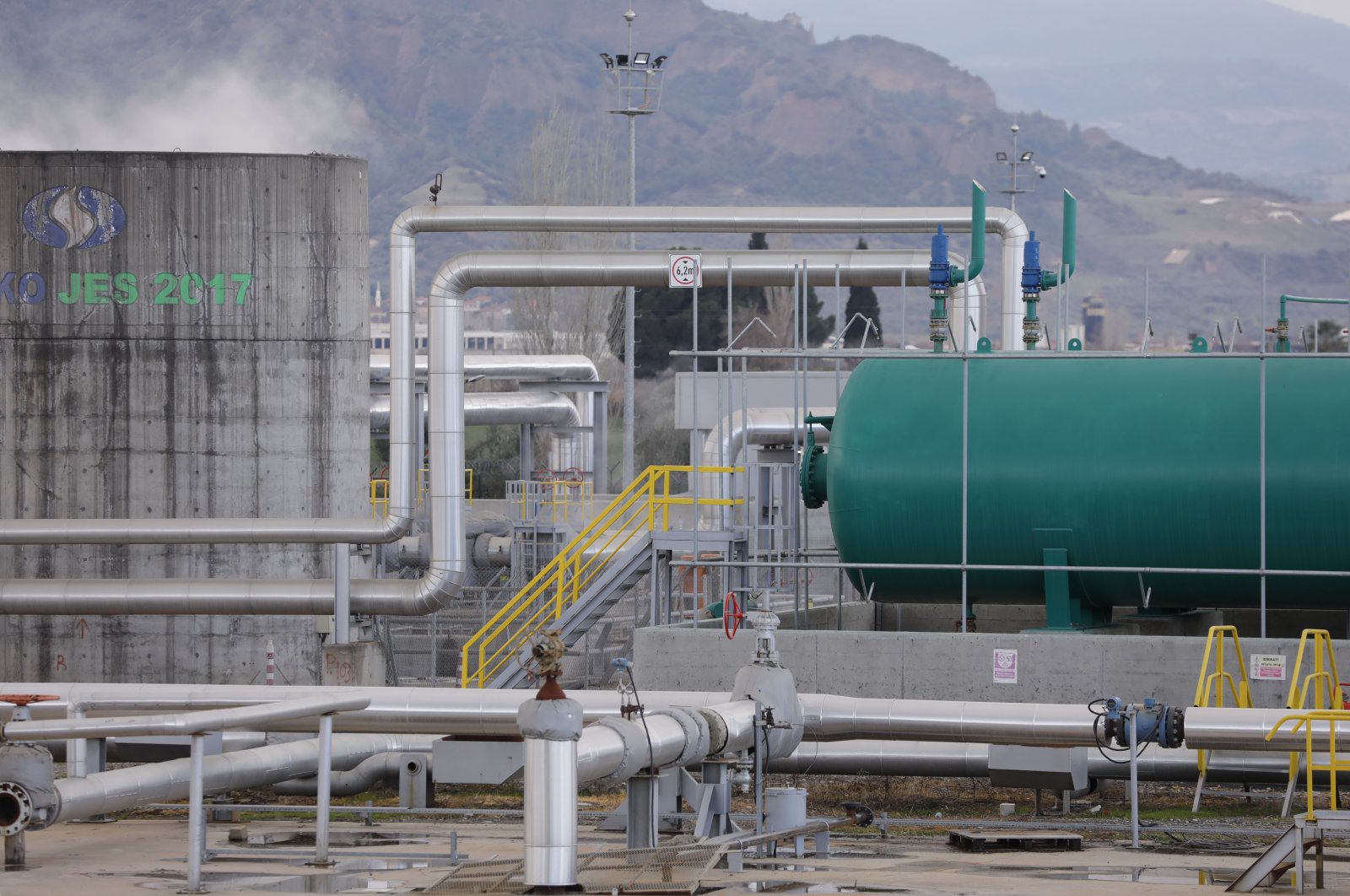 President Recep Tayyip Erdoğan has said that Turkey is among the top four nations globally in geothermal energy, stressing the importance the country has been attaching to renewable energy investments.

Erdoğan’s remarks came Saturday as he joined via videoconference the opening of multiple energy and natural resources facilities in the western Manisa province.

He attended the opening of one thermic and three geothermal plants that were implemented through $1.37 billion in investment. The facilities will provide employment to some 1,700 people in Manisa.

Erdoğan said Turkey’s power generation has tripled over the past 18 years to reach 96,000 megawatts (MW).

“Today, 63% of our installed power consists of domestic resources. 51.7% of it belongs to renewable energy resources. So clean energy,” he added.

“With this figure, Turkey has risen to the first place in Europe and the fourth place in the world in geothermal.”

“We aim to be the central country not only in production but also in renewable energy technologies,” the president added.

Turkey has been on a quest to increase the share of domestic and renewable resources, particularly in power generation in recent years. It has managed to exponentially expand its renewable capacity, capitalizing on the vast resources of solar, wind and geothermal power.

With the JES-2 and JES-3 power plants, which have a total installed capacity of 54.5 megawatts and annual electricity energy of 500 million kilowatt-hours, the energy needs of 200,000 households will be met, according to a company statement.

As a renewable energy source, thanks to the JES-2 and JES-3 geothermal power plants, 280,000 tons of CO2 emission will be prevented, it added.

Sanko Energy carried out a project with the Salihli municipality to heat 8,600 homes with geothermal resources and planted 12,000 trees in and around the power plant.

Despite those who would like to see Turkey stumble, drag on the crisis and chaos, we are preparing a bright future, he said on Twitter.

Turkish Foreign Minister Mevlüt Çavuşoğlu said on Twitter that “Turkey is among 5 countries in the world with >1GW installed geothermal capacity. 4th in the world, 1st in Europe. Our capacity increased despite Covid 19. We added 84,5 MW with 3 more geothermal plants inaugurated today by President @RTErdogan.”

Energy and Natural Resources Minister Fatih Dönmez said the four facilities of 594.5 MW would prevent $180 million worth of imports and meet the power demand of nearly 2.5 million people.

Dönmez said the country added 4,900 MW of installed power to the system. “Renewable energy resources constituted 98%, that is, almost all of this installed power,” he said.

“Since the day we took office, investment in natural gas distribution across Turkey has reached a total of TL 27 billion,” he noted.

Turkey aims to establish an energy sector based on local resources as much as possible, the president said.

While last year was an important one for Turkey’s energy sector and discovering the largest amount of natural gas off the country’s Black Sea shores surely was one of the critical developments, 2021 has already been dubbed a turning point for the natural gas sector given that a significant portion of Ankara’s long-term gas contracts will be terminated in 2021, providing the groundwork for a better bargain in future contracts.