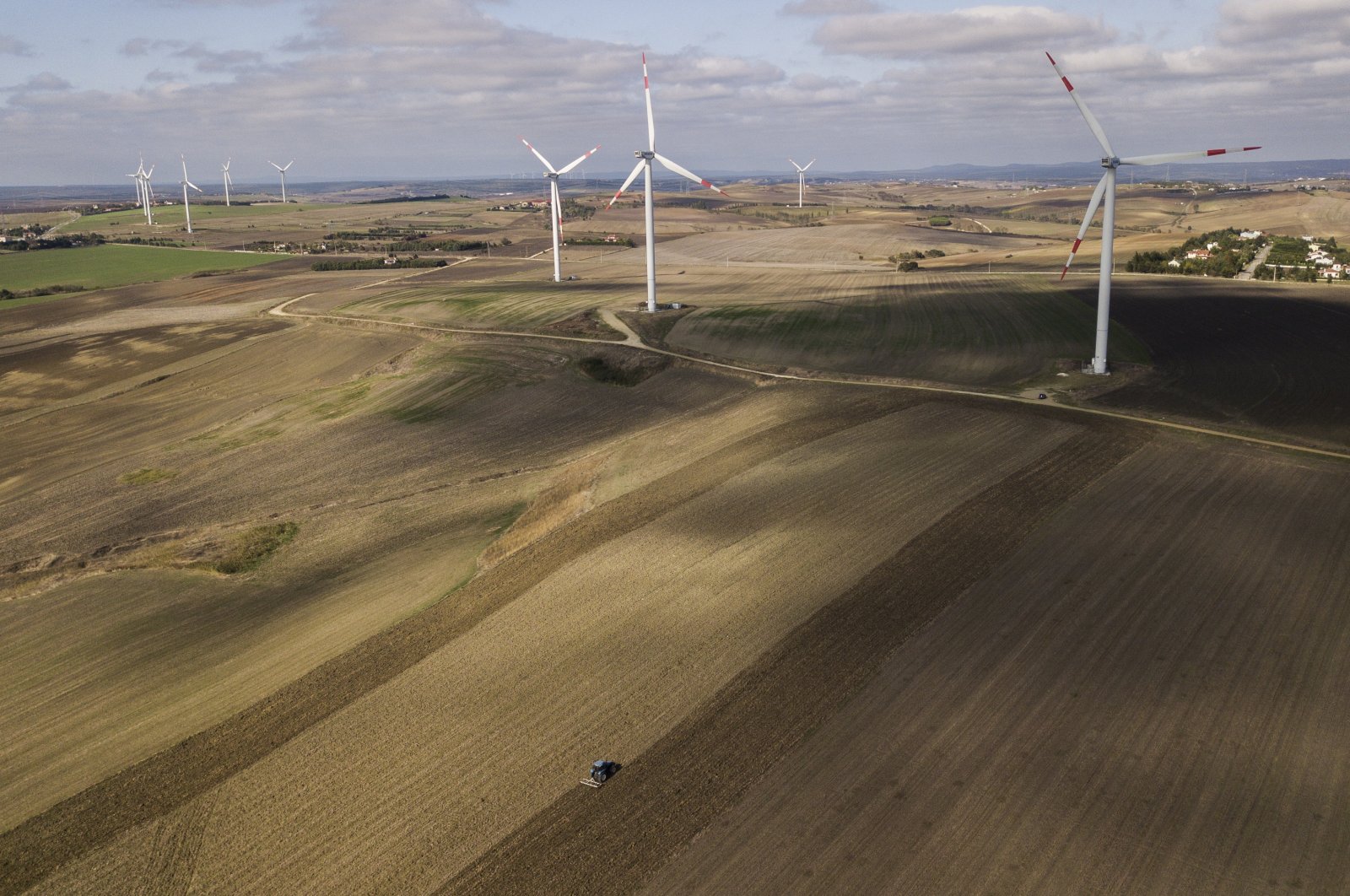 “As of today, 52.3% of our installed power, that is, more than half, is derived from renewable energy,” Fatih Dönmez told an online event of the Renewable Energy Research Association.

Electricity production from renewable resources has been above the 40% band for the last three years, Dönmez said, up from some 25% a decade ago.

Almost all, namely 97.9%, of Turkey’s installed power that has come online from January through March has stemmed from renewable resources, according to the Energy and Natural Resources Ministry.

Nearly 63% of the country’s electricity produced throughout 2020 was generated from local and renewable resources.

Dönmez also elaborated on the country’s first mini solar energy tenders that started last month but had to be delayed due to nationwide lockdown measures that the government imposed through May 17.

“With the beginning of the normalization period, we will complete our remaining competitions as soon as possible,” the minister said.

The 74 mini solar Renewable Energy Resource Zone (YEKA) tenders will cover solar plants with a total capacity of 1,000 megawatts (MW) and will be spread across 36 different regions.

Investments in the tenders, known as YEKA GES-3, are expected to reach almost $1 billion.

“It will be a competition of a total of 2,000 MW. We plan to make our competitions in the last quarter of this year,” the minister noted.

Furthermore, Dönmez said that renewable energy is the only resource whose shares continued to increase in the energy mix even during the coronavirus pandemic.

The minister said that more than $2 trillion has been invested in renewable energy in the global markets in the past decade and that this figure is expected to reach $1.3 trillion in the next five years.

The appeal of renewable energy will only increase with factors such as decreasing costs, additional incentives and the combating of climate change, he said.

“Renewable energy investments did not slow down even during the pandemic. We have also witnessed that the renewable energy sector is more resistant to the destructive effects of the pandemic and it enjoyed more success than the others in these trying times,” the minister noted.

“This proves to us that the green energy transformation will continue exponentially. Renewable energy resources will continue to be at a different point in terms of both their contribution to energy independence and global responsibilities.”

Renewable energy will both stimulate economic mobility and continue to be one of the most important factors in reducing carbon emissions, with resource investments, infrastructure and technology investments, and new network investments, Dönmez said.

The minister noted that great progress has been achieved in the field of renewable energy, especially with the legal regulations made in the past decade and the policies developed to support the investment environment.

“All our efforts in this area are directly effective not only to ensure our electricity supply security, but also to mitigate climate change. Turkey is applying its national action plan to reduce global greenhouse gas emissions with great care. Compared to the EU and OECD (Organisation for Economic Co-operation and Development) countries, Turkey is far behind in per capita emissions. It would never be right to expect them to share the same burden with those responsible. Today, we see the discussions on the Paris Climate Agreement as an opportunity to redetermine the status of the countries within this agreement, to create a stronger synergy with a more accurate classification and responsibility sharing," Dönmez said.