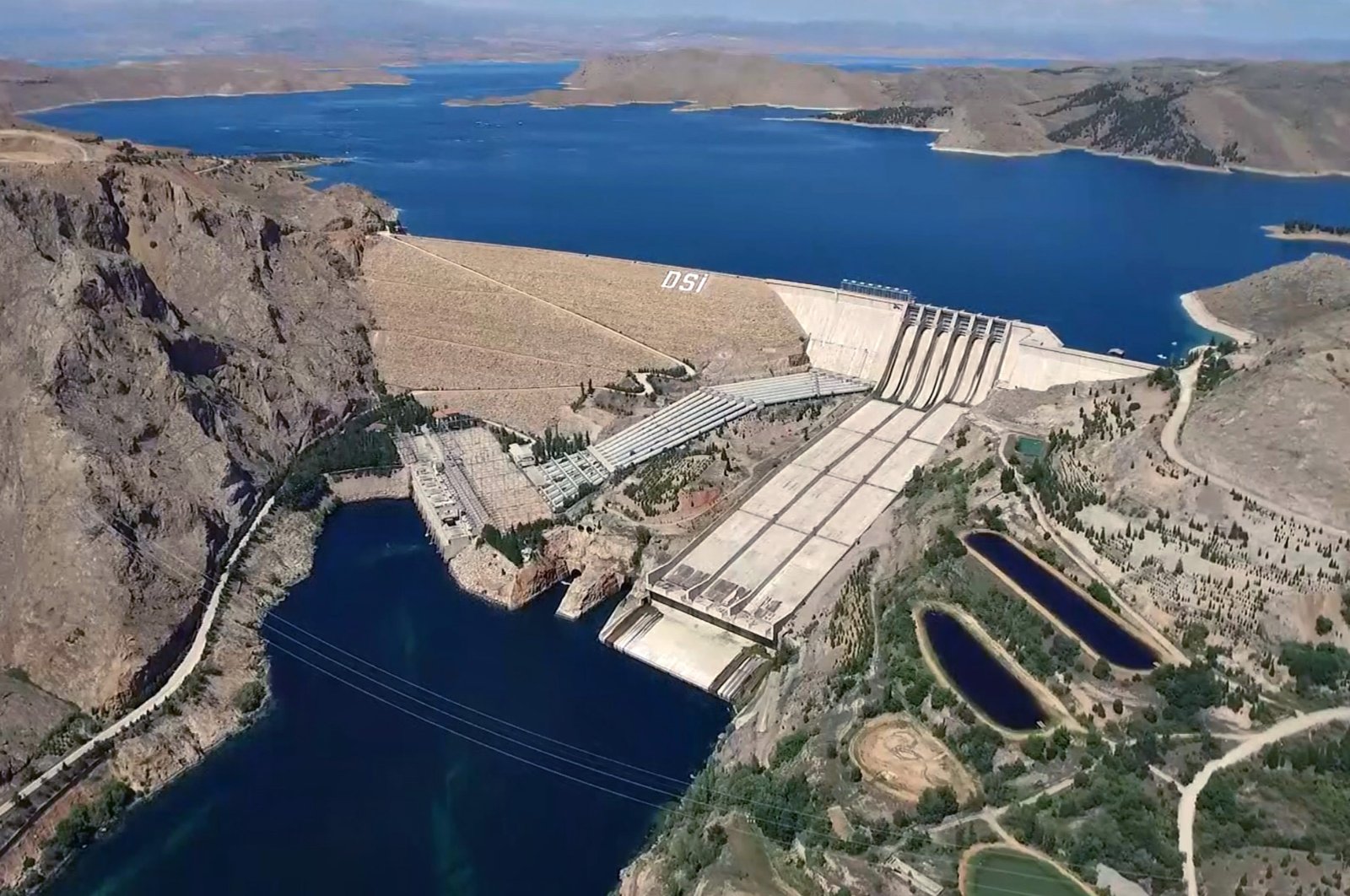 Installed renewable capacity amounted to 52,353 megawatts (MW) out of a total capacity of 98,493 MW as at the end of last month, the data compiled from Electricity Transmission Company (TEIAŞ) showed.

According to the Renewable Energy Investors Association (GÜYAD), the investment value per MW is dependent on the source, area where it is generated, the technology used, global costs and incentives.

Taking these parameters into consideration, hydropower investments reached $35 billion with 31,441 MW of installed capacity. Yet, hydropower output has seen a dramatic drop due to severe droughts that have been drying up rivers and reservoirs.

Investments in the wind sector, the second-largest clean energy producer in the country at 10,014 MW, have been calculated to have reached around $13 billion.

Energy and Natural Resources Ministry last week announced that wind power capacity exceeded the 10,000 MW threshold in August when the country ranked as one of the 10 top countries worldwide with the highest wind power, and the fifth in Europe with over 10,000 MW.

Solar power generated about $10 billion in investment with 7,435 MW of installed capacity.

Turkey’s geothermal capacity reached 1,650 MW with an investment of about $6 billion, while the investment volume for 1,813 MW in biomass power plants stood at $2 billion.

By the end of August, hydropower accounted for 32% of the total installed electricity capacity, wind contributed 10.2%, solar comprised 7.5%, and geothermal and biomass constituted 1.7% and 1.8%, respectively.

The share of renewables in electricity generation during the January-August period of this year remained relatively low at 37.7% due to drought in the country. Natural gas replaced lower output from hydropower plants during this period.

Renewables generated around 83.5 billion kilowatt-hours (kWh) of electricity out of 221.6 billion (kWh) of total output during the January-August period.

Turkey added a total of 2,602 MW of renewable capacity this year, accounting for almost all of the growth.

Wind led the additional capacity during the January-August period with 1,182 MW, followed by 768 MW of solar, 457 MW of hydropower, 328 MW of biomass and 37 MW of geothermal capacity.

Izmir, an Aegean province, ranked top in wind capacity with 1,715 MW while Balıkesir and Çanakkale followed with 1,296 and 899 MW, respectively.

In hydropower, the southeastern province of Şanlıurfa had the highest capacity with 3,128 MW. Elazığ followed with 2,445 MW and Diyarbakır with 2,251 MW.

The Anatolian region of Konya is the capital of solar power in Turkey with 964 MW of installed capacity. Ankara lags behind with 393 MW and Şanlıurfa with 379 MW.

Turkey’s installed geothermal capacity is mainly sourced in the Aegean region of the country, with the Aydın province leading with 848 MW of capacity.

The Manisa province follows with 378 MW of capacity and Denizli with 378 MW.

The metropolis of Istanbul led in biomass capacity with 207 MW, while Ankara and Izmir had 123 MW and 84 MW, respectively.

The state company Electricity Generation Company (EÜAŞ) has by far the largest hydropower capacity in the country at 13,993 MW, followed by a private sector company, Cengiz Holding, with 1,443 MW.

Zorlu Energy has the highest geothermal capacity at 305 megawatts and Gürmat ranks second in this field with 206 MW.