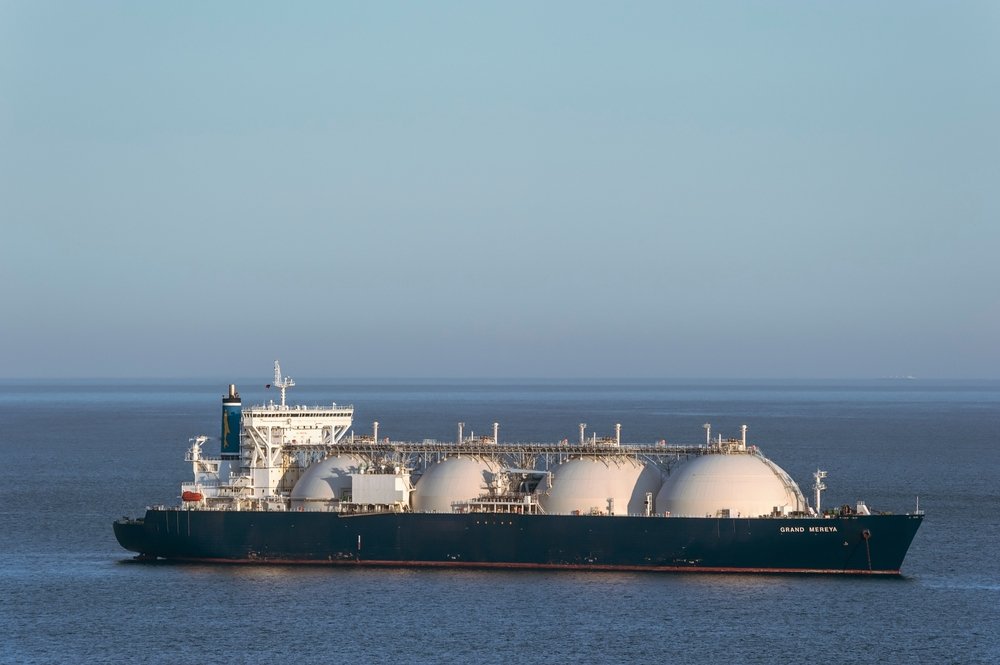 Russia has been ramping up efforts to boost natural gas production in the Arctic with a new major plant and achieve speedier deliveries to European and Asian markets amid competition with other major LNG suppliers like Qatar, Australia and the U.S.

Climate change has been one of the most controversial environmental problems of our century; however, it is not necessarily a negative development for those already allied with the Arctic’s melting waters – namely Russia.

The company most recently inked new contracts to complete its ice-breaking fleet, determined to make the Northern Sea Route (NSR) a completely new alternative to the south with year-round transportation, and by doing that, enabling vast amounts of natural gas distribution at a lower cost and with speedier deliveries to Europe and Asian markets.

Moscow, with close proximity to the world’s yet-to-be-discovered underground richness, wants to further increase its share on the global energy market and is keen on investing in cheaper alternatives like LNG.

It has already turned toward the Arctic’s untapped chilly waters, which are said to have one-fifth of the world’s natural gas resources, to better compete with other major LNG suppliers like Qatar and Australia along with the U.S.

While Europe has been diversifying its sources with a logic of "better to have more supply channels than depending on one," China, who was projected by the International Energy Agency (IEA) to see a demand boom in near future, attributes great importance to new supply routes in the north initially dubbed free from political restrictions that may occur on the traditional Suez Canal.

Oğuzhan Akyener, the head of the Turkey Energy Strategies & Politics Research Center (TESPAM), told Daily Sabah that the long-term projections show the most important energy source of the future will be natural gas.

“In this context, natural gas prices will become more independent from oil prices,” he said, which makes it key to immediately start investing in the natural gas projects of the future.

Akyener said the trend in natural gas markets is shifting toward LNG options rather than pipeline gas due to the cheaper unit costs of the LNG facilities and the political pressure on the international pipeline projects along with the change in the regions where demand will be generated and the strengthening of the spot markets.

The country “aims to increase the LNG facility capacity, which is currently around 18 million tons per year, to 120 million tons in the 2040s,” he said, and that the melting of the ice in the Arctic region creates an important opportunity for Russia to access world markets and strengthen its presence.

The Russian energy giant Novatek for its Arctic LNG 2 project, in which it has 60% share, has signed charter agreements with Mitsui O.S.K. Lines, Ltd. (MOL) for three icebreaking LNG carriers, the Japanese company announced earlier this month. The three vessels will be built by South Korean Daewoo Shipbuilding & Marine Engineering Co., Ltd. (DSME) and are scheduled for delivery in 2023. Novatek has also contracted with Russia’s Sovcomflot (SCF) for three other icebreaking LNG carriers to be built by the same shipbuilding firm.

“The project has successfully completed chartering of the required ice-class tanker fleet when you take into account the previously signed charter agreements for 15 similar LNG carriers to be built at the Zvezda shipyard in Russia,” a statement released on the project’s website informed previously, pointing out that now year-round transportation will be available for vast quantities of LNG from the Arctic to reach world markets.

The icebreaking vessels “will mainly transport LNG from an LNG loading terminal on the Gydan Peninsula in the Russian Arctic to the floating LNG storage units (FSU) to be installed at the transshipment terminal in Kamchatka (eastbound) and Murmansk (westbound) via the Northern Sea Route,” as reported by a press release by MOL.

The NSR enables LNG produced in the Russian Arctic to be delivered to Asian purchasers in 15 days via the Bering Strait. It cuts the transport time in half from the traditional Suez Canal and decreases transportation costs. While experts pointed out before that the ice only allows transportation in limited times of the year, mostly in summer and autumn months when the ice is thin, the new carriers are tailored to allow sailing east via the Northern Sea Route year-round.

In May, Sovcomflot’s ice-class Arc 7 LNG carrier Christophe de Margerie completed an eastbound passage across the NSR to China, carrying LNG produced in Novatek’s Yamal LNG. The voyage marked the first time a large capacity carrier had crossed the Arctic en route to Asia, at a time when the ice was still challenging.

Igor Tonkovidov, SCF's chief executive, said at the time, “Even in the challenging ice conditions encountered during this time of the year, choosing the NSR allows for a significant reduction in the length of a voyage delivering LNG to APAC ports compared with using the Suez Canal. A shorter voyage both allows (us) to optimize logistics and reduce the carbon footprint of the shipping,” as cited by the company’s website.

The LNG shipments from Yamal LNG facility in the Yamal Peninsula of Russia’s northwest via the NSR hit 700,000 tons in September despite the pandemic, according to an Oct. 5 report by London-based Argus Media that provides price indexes, business intelligence and market data for the global energy and commodities markets. It marked an increase in transportation, pointing out the better bargain between Russia and the Arctic’s melting ice that enables longer maritime traffic through the NSR. Some 935 voyages were made just in the first half of 2020 via the route, the NSR information office said earlier. Most of the voyages were made by ice class Arc 7 vessels that Novatek currently has additional contracts to purchase more. The Yamal LNG took the lion’s share with 257 voyages.

Apart from the 17.4 million metric tons per annum (MTA) capacity of Yamal LNG, the $21.3 billion grand new Arctic LNG 2 project, with a capacity of 19.8 MTA – including three LNG liquefaction trains of 6.6 MTA each and a cumulative gas condensate production capacity of 1.6 MTA, is expected to begin commercial operations in 2023. The Russian company already announced that it is on track to almost triple its total LNG production. It said in September that it eyes producing 57 million-70 million tons of LNG per year by 2030 despite the pandemic.

Russia is already the second-largest LNG supplier for Europe, after Qatar. The U.S. LNG producers, on the other hand, follow the duo but are projected to lag further behind if year-round transported Russian gas drops already decreasing prices to lower levels. Asian buyers, except Japan, meanwhile, were forecasted by the IEA to see increasing domestic demand by 2040, including China, a country with ever-growing energy demand.

TESPAM’s Akyener noted that it is already “not quite possible for the U.S. to compete with Russia in terms of LNG exports both regarding the volume or prices. Meanwhile, the new Arctic route will mean Russia's hand will become even stronger.”

Despite common beliefs and evaluations claiming that the NSR will not easily replace Suez Canal’s role in global trade, ice has proven otherwise. Countries continue to heavily invest in the route and surroundings – mainly the ambitious duo, Moscow and Beijing, who are trying a brand new partnership in the globe’s north. The Arctic LNG 2 project has already attracted a total of $9.5 billion in funding, including from the China Development Bank, by far the number one funding provider with $5 billion, and German Euler Hermes.