Saudi Aramco secures 70% stake in SABIC with $69.1B acquisition 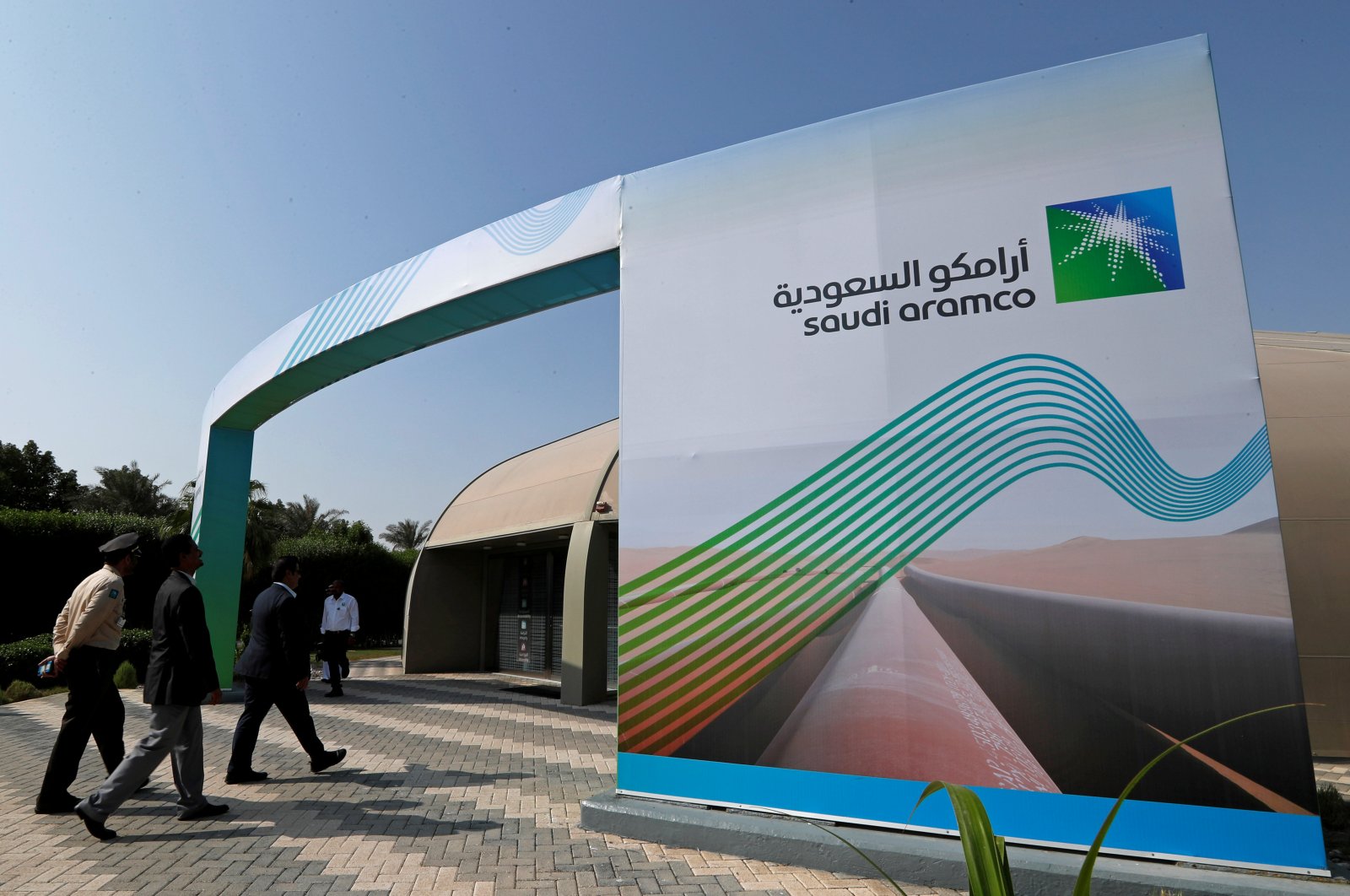 The logo of Aramco is seen as security personnel walk before the start of a press conference by Aramco at the Plaza Conference Center in Dhahran, Saudi Arabia, Nov. 3, 2019. (Reuters Photo)
by French Press Agency - AFP Jun 17, 2020 4:03 pm
RECOMMENDED

Saudi Aramco said on Wednesday it has completed the acquisition of a 70% stake in chemical giant SABIC for $69.1 billion, boosting it as one of the world's largest producers.

The stake was held by the Public Investment Fund (PIF), the kingdom's sovereign wealth fund which has reportedly been on a spree to purchase stakes in international firms.

"The completion of the transaction enhances Aramco's presence in the global petrochemicals industry," Aramco said in a statement.

"Combined, in 2019 Aramco and SABIC recorded petrochemicals production volume of nearly 90 million tons," one of the world's largest, the company said.

Completion of the purchase comes six months after Aramco sealed the world's biggest initial public offering, selling 1.7% of its shares for a record $29.4 billion.

Last year, the energy giant raised $12 billion in a bond sale to help pay for the SABIC acquisition.

"It provides capital for PIF's long-term investment strategy as it drives the economic transformation and growth of Saudi Arabia, further benefiting the people of our country," Rumayyan said.

"It supports Aramco's continued growth in downstream and enhances its international footprint."

The government last month transferred $40 billion to PIF from the foreign reserves managed by the Saudi central bank to support its liquidity.

In the first quarter of this year, it bought $7.7 billion holdings in a host of companies – from Boeing, Walt Disney and Starbucks to Marriott and Citigroup.

SABIC's share price has fallen by more than 27% since the deal was announced early last year. The company posted losses in both the fourth quarter of last year and first quarter of this year over low prices.

PIF, which aims to raise its holdings to $2 trillion by 2030, is seen as the main driving force behind Crown Prince Mohammed bin Salman's Vision 2030 economic diversification plan.