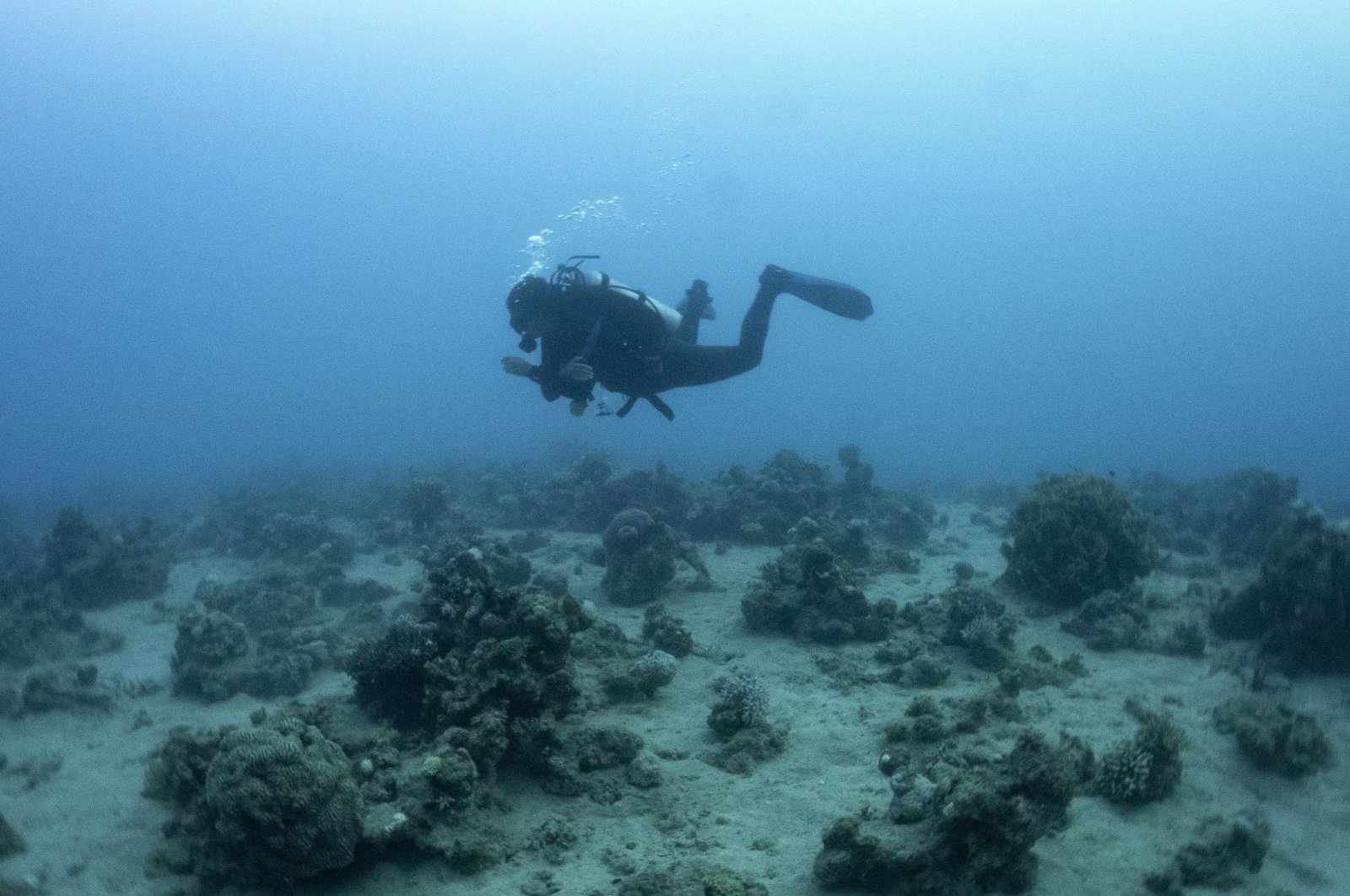 The reefs off Israel's Red Sea resort of Eilat boast some of the greatest coral diversity on the planet.

A symphony in splendid technicolor, the reefs are among the world’s most resilient coral colonies against warming seas. They have also become an unlikely battleground, caught between Israeli diplomatic and business interests, and ecological groups that fear this natural treasure could be in danger.

A clandestine oil deal struck last year as part of the historic agreement establishing formal diplomatic ties between Israel and the United Arab Emirates is turning Eilat into a waypoint for Emirati oil headed for Western markets.

Initially hailed as a move that could cement fledgling diplomatic ties and further Israel’s energy ambitions, the deal is now in question after Israel’s new government opened a review. The decision has upset investors and risks a diplomatic spat with Israel’s Gulf allies.

The UAE and Israel, which normalized relations last year as part of the U.S.-brokered “Abraham Accords,” have since signed over $830 million in trade deals and inked numerous trade and cooperation agreements.

But the deal between the Europe-Asia Pipeline Company, an Israeli government-owned corporation, and MED-RED Land Bridge, a joint Israel-Emirati venture, remains a secret.

Senior officials in former Prime Minister Benjamin Netanyahu’s government — including his former energy, foreign and environment ministers — said they didn't know about the deal until it was announced last September, after the accords were signed at the White House.

The pipeline company, known as EAPC, was founded in the 1960s to bring Iranian oil to Israel when the countries had friendly relations. Its operations are shrouded in secrecy, ostensibly for security reasons.

As for an oil spill, it's “not a question of if it will happen, but when it will happen,” said Assaf Zvuloni, a Nature and Parks Authority ecologist in Eilat. Even a small rupture or human error would have disastrous consequences, he said.

Israel suffered its worst ecological disaster in February, when a spill in the eastern Mediterranean coated virtually all of its 270-kilometer (170-mile) coastline with oil. The petitioners — three Israeli environmental groups — argued that incident would “be dwarfed alongside a massive oil spill” off Eilat.

Israel long lacked natural resources. But that began to change after the 2009 discovery of natural gas in the Mediterranean Sea and Israel's first exports.

The deal with the UAE would expand this fledgling energy sector, with oil shipped across Israel in a pipeline to the Mediterranean port of Ashkelon and on to European markets.

Yona Fogel, executive of one of the Israeli partners in the project, told public broadcaster Kan in June that the UAE deal “will produce for EAPC earnings of hundreds (of millions) and perhaps billions of dollars” without “raising the risk to the environment whatsoever.”

Ksenia Svetlova, an ex-lawmaker and director of Mideast relations with the Mitvim Institute, an Israeli think tank, said the project is especially appealing because it provides an alternative to the Suez Canal. The canal, the main waterway for Gulf exports to the West, was paralyzed early this year when a massive tanker ran aground there.

The Emiratis are gaining “a cheaper, alternative route, something that they can use in case they need to divert some of the tankers to this direction,” she said.

But opponents say the potential cost is irreversible damage to a natural wonder.

The EAPC terminal dominates a stretch of Eilat shoreline a kilometer (half mile) north of Israel's Coral Beach Nature Reserve. Its cranes and pipes jut into the Red Sea’s aquamarine and navy blue waters. The air reeks of petroleum.

A senior government official said Prime Minister Naftali Bennett’s office asked the Supreme Court for additional time to respond to the environmentalists' challenge. The official spoke on condition of anonymity because he was not authorized to talk to reporters.

Israel’s new environment minister has pledged to scrap the pipeline altogether and her ministry has frozen the company’s planned expansion of operations, pending a government decision.

“The Gulf of Eilat is in real danger because of the Med-Red pipeline, and the state of Israel doesn’t need to be the oil bridge for other countries,” Tamar Zandberg said upon taking office in June. Her office declined interview requests.

No less important is a future spill’s impact on tourism, Eilat’s lifeblood. Meir Yitzhak Halevi, a freshman lawmaker who was Eilat’s mayor from 2003 until June, said he was left in the dark about EAPC's operations and called for complete transparency.

An ecological disaster would also likely impact the ecosystems of Jordan, Egypt and Saudi Arabia, all of which share the gulf’s waters.

“We have a real potential loss to humanity and to global biodiversity,” said Gidon Bromberg, head of the cross-border EcoPeace environmental group.

EAPC dismissed environmental concerns as unfounded, claimed “the inherent danger in the arrival of tankers is zero” and contended that hundreds of tankers docked at the adjacent Jordanian port of Aqaba in the past decade.

The company refused interviews, as did Emirati officials. But Hebrew daily Israel Hayom recently quoted unnamed Emirati officials as saying canceling the deal “is definitely a violation” of diplomatic agreements and could damage relations.

Meanwhile, EAPC has confirmed it has initiated operations. At least eight oil tankers moored in Eilat in 2021, up from an average of one every five years, according to the court petition, which contends the agreement could bring over 100 oil vessels each year.

EAPC has had a poor safety record. A 2014 pipeline rupture spilled millions of gallons of crude oil in a desert nature reserve. In the 1970s, a series of spills nearly eradicated Eilat's coral reefs.

Yossi Loya, a marine biology professor at Tel Aviv University, said the reefs managed to recover over the past decade — a rare exception to the deterioration of reefs worldwide.

“This is one of the diamonds in the crown, and therefore it’s very important to protect them,” he said.