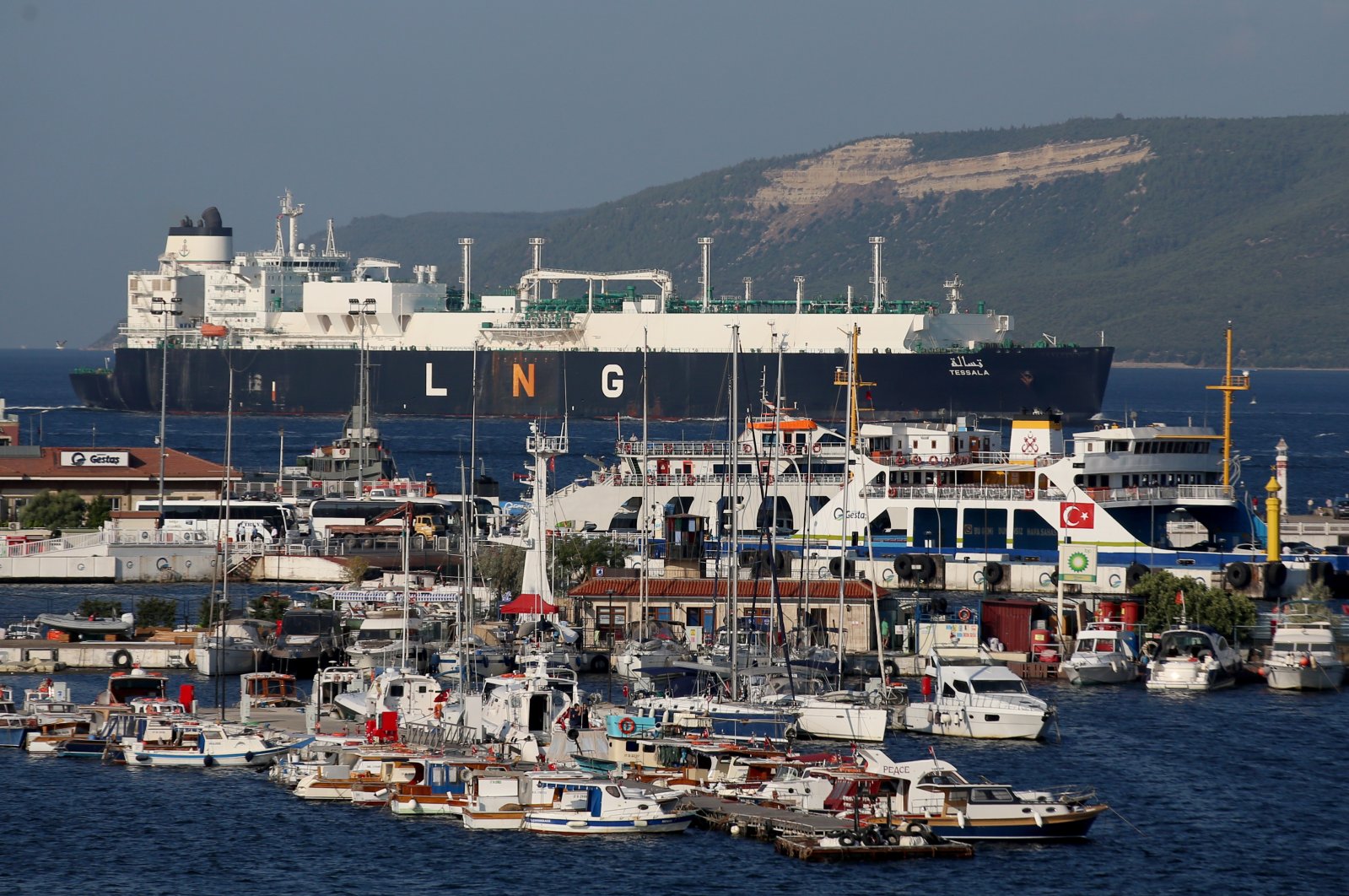 Turkey’s liquefied natural gas imports saw a dramatic drop in the first half of the year, as LNG prices strongly rebounded to hit record highs in the international markets.

The LNG imports dropped 41.3% to 6 billion cubic meters (bcm) from January through June, according to the Energy Market Regulatory Authority (EPDK),

They accounted for 20% of Turkey’s total natural gas imports amounting to 30.3 bcm, surging 35% year-on-year through June.

A year ago, LNG imports amounted to 10.3 bcm, out of the total of 22.5 bcm of natural gas purchased in the first half of the year.

In the January-June period last year, LNG held a 45.7% share out of the country’s total natural gas imports.

He explained that Turkey's Petroleum Pipeline Company (BOTAŞ) imported a significant amount of LNG last year to benefit from low prices but this year prices worldwide hit record levels and this directly reflected on the country’s imports.

Last year, LNG prices hovered around $4.5-$5 per million British Thermal Unit (mmBtu), compared to around $13-14 per mmBtu this year. Higher oil prices, increasing carbon prices and demand in Europe due to the extremely hot weather conditions and growing consumption with the recovery from the pandemic led the record increase in prices, Aktürk said.

Oil prices climbed to as high as $75 a barrel after multiyear low levels.

During this period, LNG imports from the U.S. fell by 11.5% down to 1.8 billion cubic meters, while Nigeria supplied Turkey’s remaining imports.

Qatar, one of the biggest suppliers to Turkey, did not supply any LNG during the first half of the year.

Aktürk surmised that a price level in the region of $7 to $9 would be ideal not to damage the market and enable production to continue.