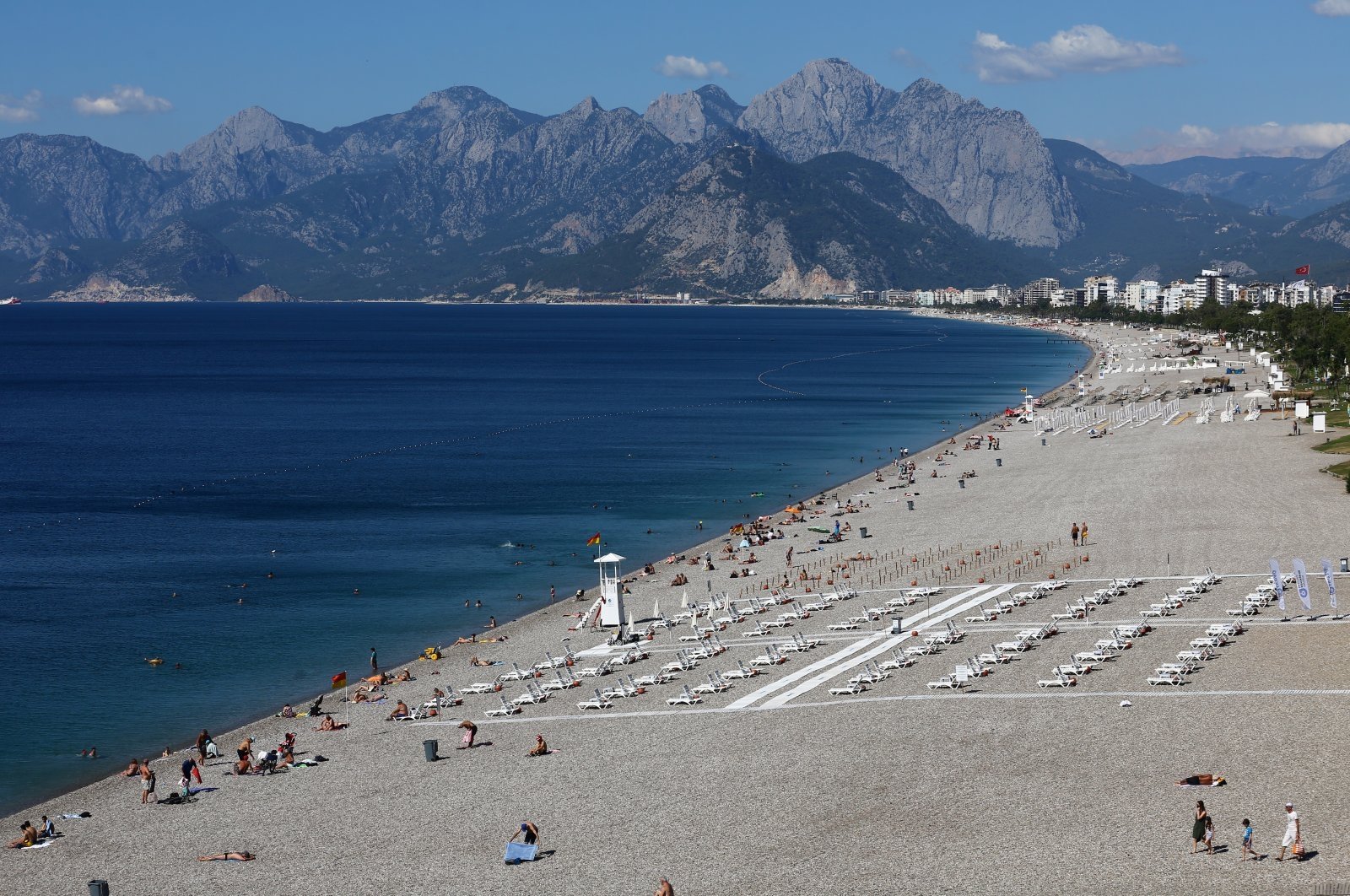 A local company in southern Turkey has developed beach umbrellas that produce electricity through solar panels. The parasols are expected to be on the country’s Mediterranean coasts by the next tourism season.

Hotels are particularly interested in the multipurpose umbrellas, which have an automatic battery protection feature when turned off, that can charge devices like mobile phones, tablets and laptops during the day while providing light at night.

Tarık Sarvan, the company chairperson told Anadolu Agency (AA) that solar energy is now being actively used in every field.

Noting that people have started to need more electricity with the widespread use of devices like mobile phones and tablets, Sarvan stated that vacationers on the beach often run out of a battery charge.

Sarvan explained that the company developed a system to generate electricity from the sun to power the umbrellas when working to find a solution to the problem.

He said they wanted to take advantage of the sun in resort cities like Antalya that are packed with umbrellas during the summer season.

“We created an energy system of about 200 watts. With this, two mobile phones at the same time or any laptop can be charged all day,” he added.

Servan added that they are happy to have implemented such a beautiful project and that the umbrellas can be placed on beaches, poolsides, cafeterias and gardens.

Noting that mass production of the umbrella is already underway, Sarvan said: “We put the product on markets this year; we started to receive orders. It will be located on the beaches of several five-star hotel groups in the 2021 season.”

Sarvan added that the system can also be integrated with existing umbrellas, and when the summer is over, the systems can be disassembled and removed from the umbrellas and then reinstalled the following year. The system uses lithium-ion batteries.