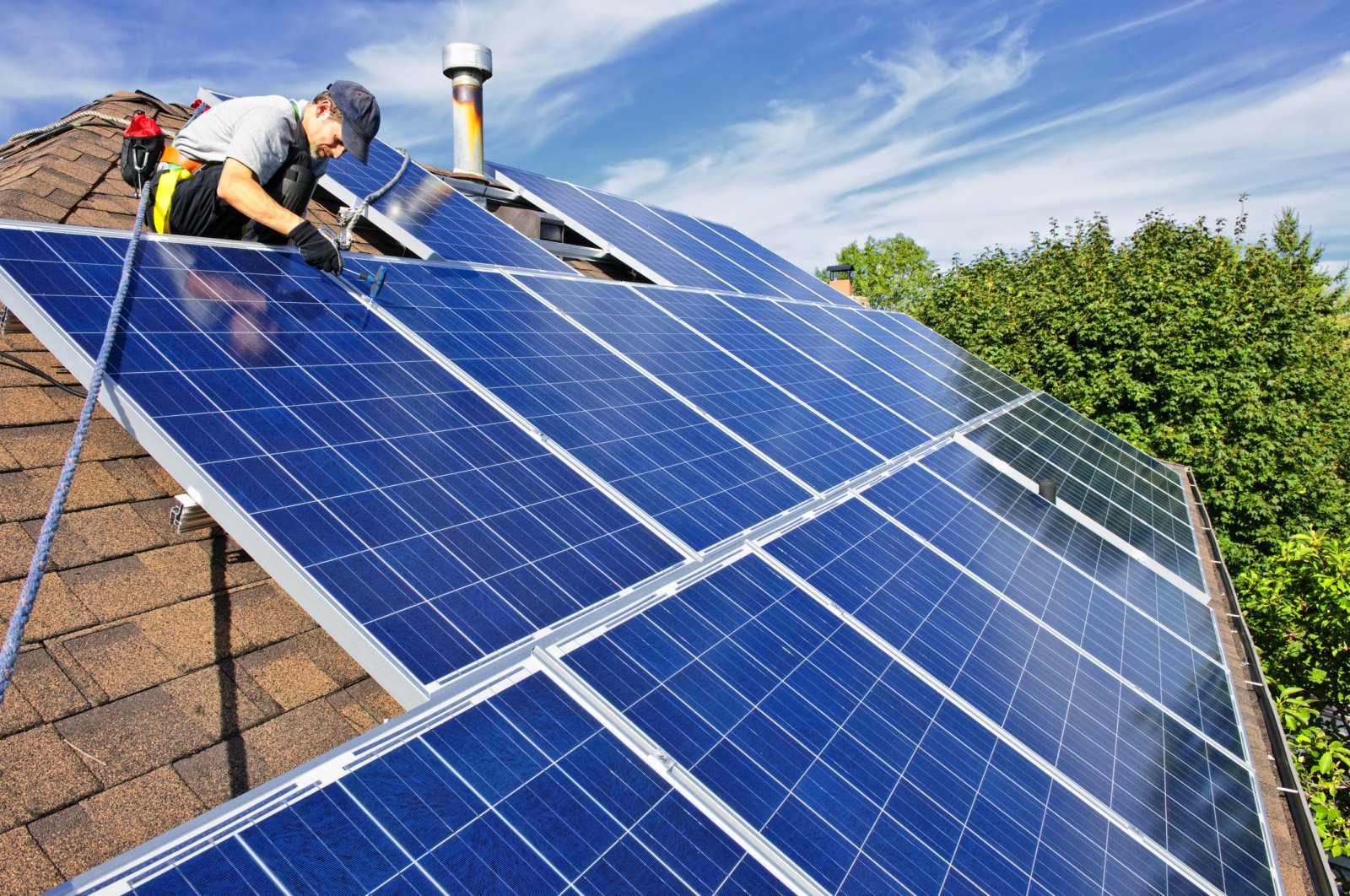 Rooftop solar energy is projected to see an approximate 66% jump in capacity to 1,250 megawatts (MW) by the end of the year, according to the head of the Turkish section of Solar Energy Society, GÜNDER, Kutay Kaleli on Wednesday.

Speaking at the Solar Istanbul Solar Energy, Storage, E-Mobility and Digitalization Exhibition & Conference in the Istanbul Congress Center, Kaleli said Turkey's solar sector has seen tremendous growth over the past few years with almost a 100-fold growth between 2015 and 2020.

Revised legislation introduced by the Turkish Energy Market Regulatory Authority's (EMRA) in May 2019 saw the more seamless installation of solar panels with greater installed capacities – of up to a maximum of 10 kilowatts for the residential sector and up to 5 megawatts (MW) for the industrial sector.

The installed capacity in solar energy reached more than 6,000 MW in Turkey thanks to the decrease in investment costs, Kaleli explained.

Since the opening of the rooftop solar market in Turkey in 2019, the number of applications reached more than 2,000 with an installed capacity of more than 750 MW.

Turkey's solar energy sector is going through a transformation in which large solar installations are no longer desirable, and the trend now has moved to more numerous smaller installations.

"There is no longer 7-10 MW of large investments in the solar sector and now there are many 200 or 500 kilowatts or a few 2 to 5 MW rooftop solar systems. So we can say that our sector is transforming toward a retail sector rather than a wholesale sector," he said.

Kaleli lauded rooftop solar energy as having many advantages, the most prominent being energy supply security due to its ability to produce power anywhere in a distributed form.

"Solar plants can make a big contribution to supply security for any country," he asserted.

The second biggest advantage is in employment opportunities. Currently, there are 60,000 employed in the renewables sector in Turkey, according to Kaleli.

"The increase in smaller installations and rooftop solar plants means that the number of local Engineering, Procurement, Construction (EPC) firms will rise and add to the employment numbers. I believe 60,000 employees might scale up to 80,000 in just a year," he said.

Kaleli advised that energy costs would fall with the introduction of smaller solar plants, which have proved successful in recouping their set-up costs.

"We expect that the number of small plants will exceed 1,250 MW with installation completed by year-end," Kaleli said.

Based on this statistic, Aygün said she is awaiting clarification of what will happen when Turkey’s Renewable Energy Support Scheme (YEKDEM) expires at the end of the year.

"We expect a new regulation governing unlicensed plants under 1 MW of capacity after YEKDEM. These plants constitute 5,500 MW capacity in total," she explained.

Turkey, which wants to fully utilize local and renewable energy sources efficiently to support its development, offers feed-in tariffs for renewable energy plants such as wind, hydropower, geothermal, biomass and solar through the YEKDEM scheme.

The scheme, which started in 2011, supports wind and hydropower plants at a cost of $0.073 per kilowatt-hour (kWh), geothermal facilities at $0.105 kWh and solar and biomass plants at $0.133 kWh. These figures can also vary slightly depending on the use of locally produced equipment.

Solar Istanbul is running from March 11 to 13 in the Istanbul Congress Center where leading companies from the solar sector are showcasing their products to key buyers.