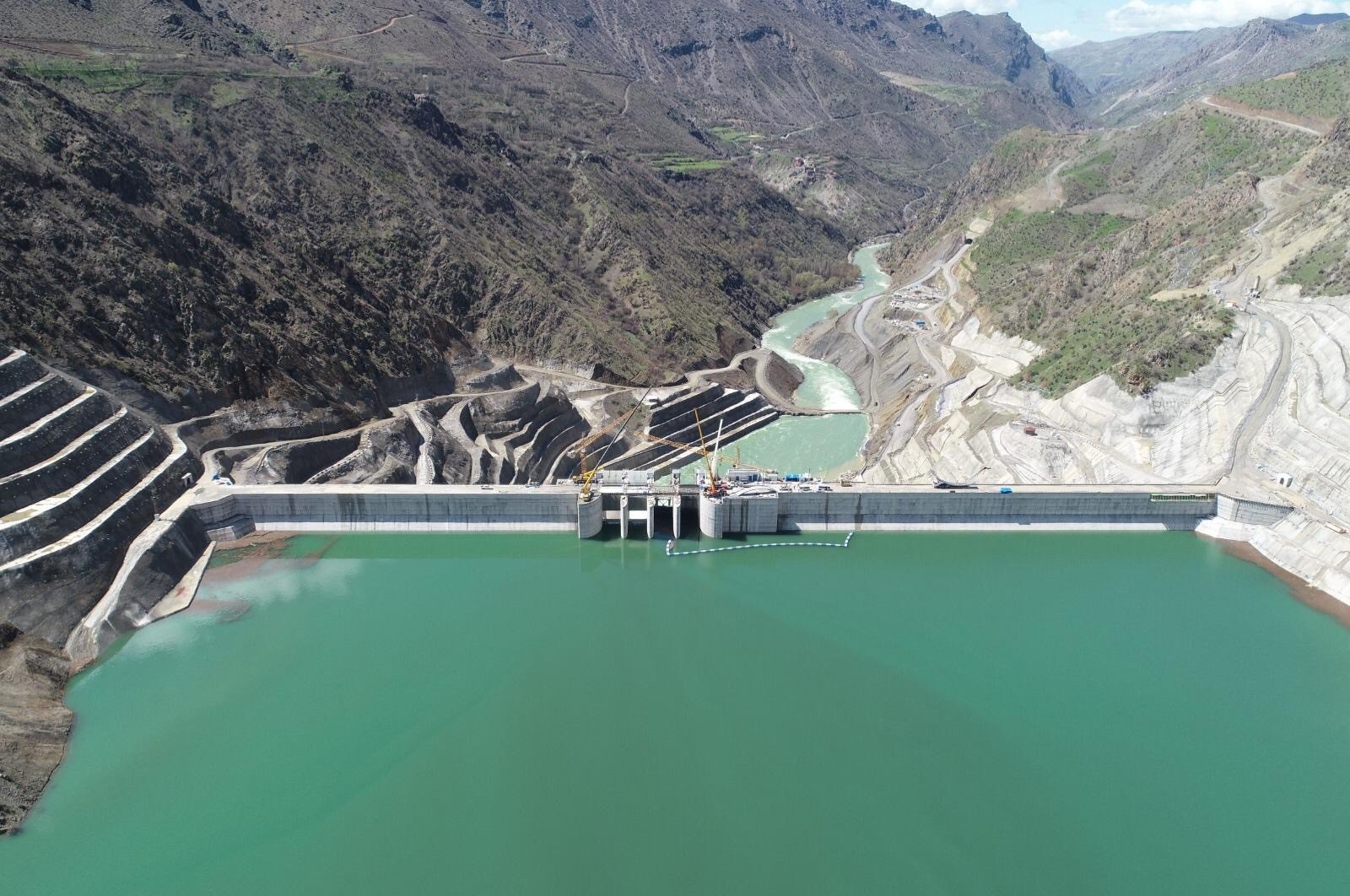 In a written statement Wednesday, Agriculture and Forestry Minister Bekir Pakdemirli said the Çetin Dam and Hydroelectric Power Plant, which is located within the borders of the Şirvan and Pervari districts of southeastern Turkey’s Siirt province, was built at a height of 165 meters.

Pakdemirli said a maximum of 615 million cubic meters of water will be stored at the dam, creating a 37 kilometer-long and 12 kilometer-wide lake area.

The dam has a total installed capacity of 420 megawatts (MW) with four turbines, three large and one small. "The dam will produce 1.1 billion kilowatt-hours of energy will be produced annually and approximately TL 500 million will be contributed to the national economy."

The minister noted that the dam will significantly increase Turkey's domestic and renewable energy capacity and will have a positive effect on the country's foreign trade deficit caused by energy imports.