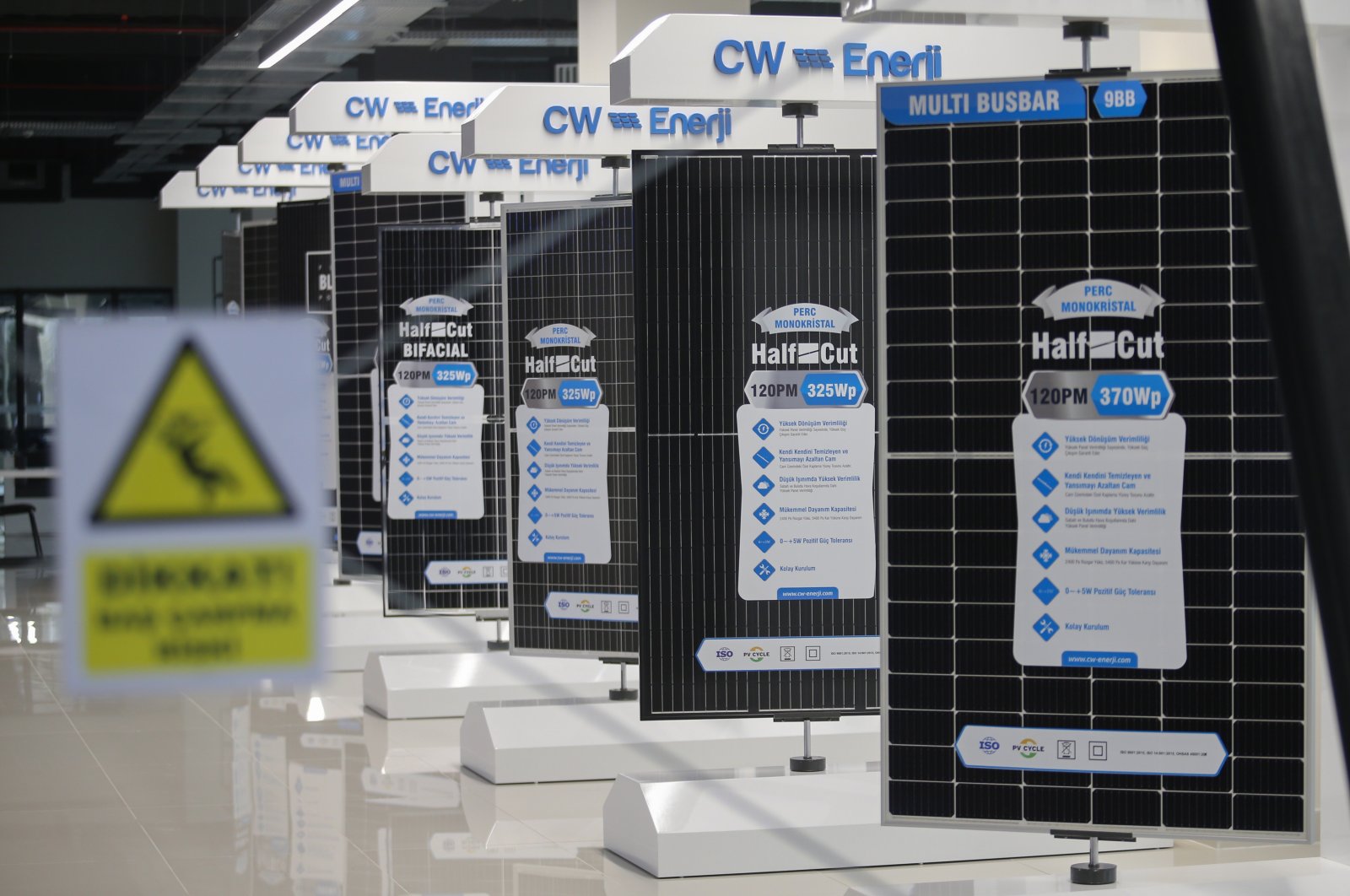 A local Turkish firm that developed a garage system that produces electricity by using solar energy has started exporting the system abroad.

CW Enerji Mühendislik Ticaret ve Sanayi Inc., which operates in the Antalya Organized Industrial Zone (OIZ) in southern Turkey, developed the smart garage system as a result of its research and development (R&D) works. The system not only protects vehicles from bad weather but also fulfills the electricity needs of the household.

The firm has been installing the system in five areas in Turkey and has now decided to begin exporting the technology to other countries.

Tarık Sarvan, the company's board chairperson, told Anadolu Agency (AA) Tuesday that vehicles in Antalya can easily be damaged by intense sun and rainfall. The system not only protects the cars from this damage but also produces electricity for houses.

“We have established a six-paneled system in the house type of the system. It can produce 1.8 kilowatts of energy, which can meet the electricity needs of a two to three person household.

“If you have such a garage,” Sarvan said, “you do not need to pay electric bills,” also noting that the system is budget-friendly.

He added that a buyer can easily compensate for the costs of the system with the money saved from electricity bills.

Sarvan also said the system can be used in factory garages as well and they have already received positive feedback from the places where the system was installed across the country.

The first foreign sales of the system will be made to Tunisia, Germany and France, and the company is also expecting orders from Morocco as well, he said.

The Antalya-based company has exported solar panels to 40 countries around the world.