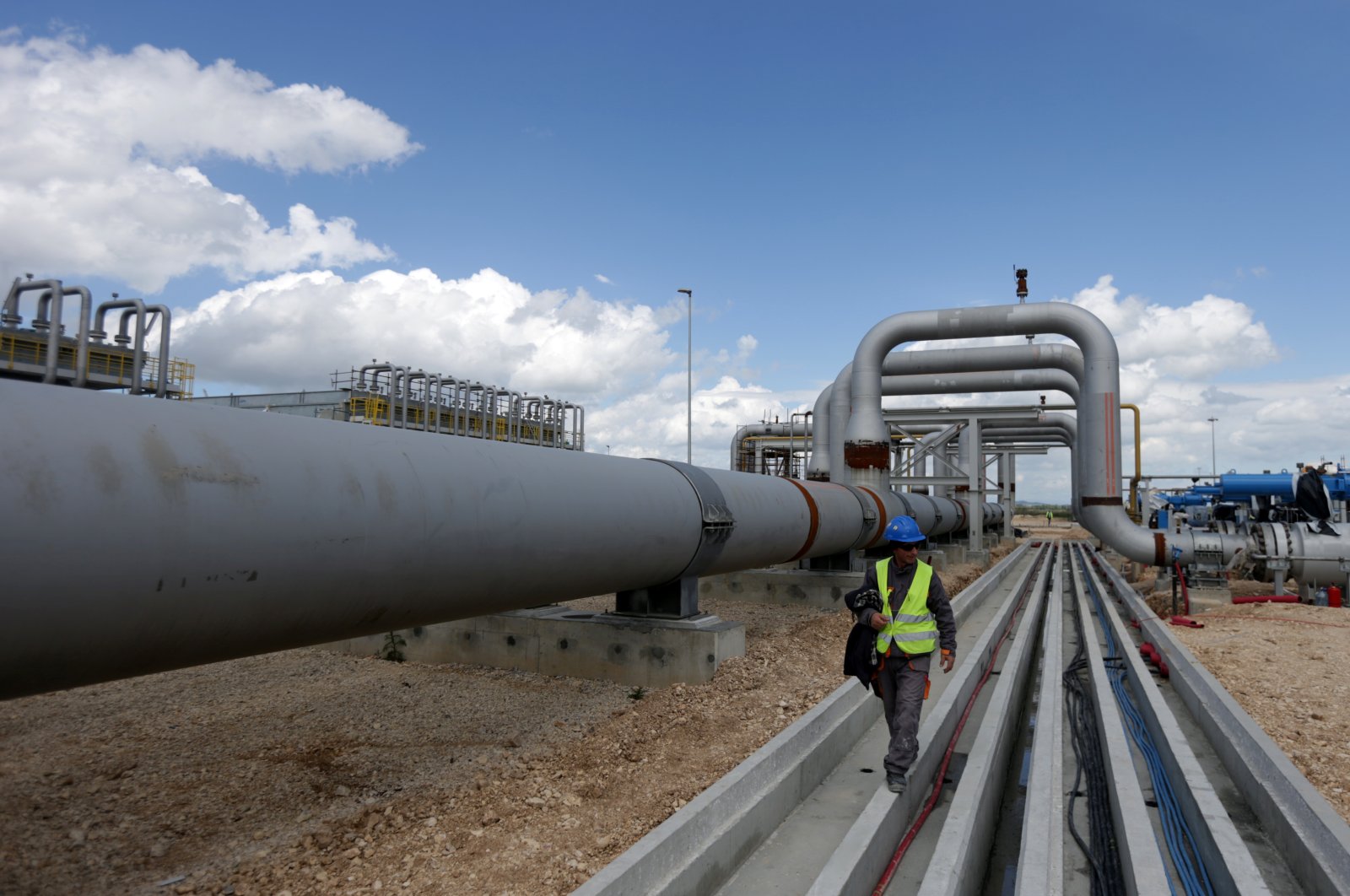 TAP transports natural gas from the Shah Deniz field in the Azerbaijan sector of the Caspian Sea to Europe.

Commercial operations have now started, four and a half years after the inauguration of construction works in Thessaloniki, Greece.

The project, which will play a significant role in Europe's energy security and diversification, secured $3.9 billion in financing from international financial institutions.

Shareholders include London-based multinational petroleum company BP, Azerbaijani state-owned SOCAR and Italian energy infrastructure company Snam each with a 20% share interest, along with Belgium-based Fluxys with a 19% interest, Spanish Enagas with a 16% shareholding and Swiss Axpo with 5%, and all of whom agreed to a resolution on the development and construction of the project at the end of 2013.

"Today, a long-term vision has become a reality. As a new transmission system operator, developed and built in compliance with best industry practices and standards, TAP enables double diversification including a new, reliable and sustainable energy route and source of gas reaching millions of European end-users, for decades to come," Luca Schieppati, TAP's managing director was quoted as saying.

Murad Heydarov, chairman of TAP's board of directors said the "Southern Gas Corridor is the pioneering carrier of natural gas from Azerbaijan to Europe and one of the most modern and reliable systems currently available for transporting energy. As a key component of the 3,500 kilometers Southern Gas Corridor, TAP combines strategic and market competitive features."

He added that the pipeline ensures that Europe can receive supplies from yet another source while supporting key EU objectives of achieving an integrated energy market and a sustainable, secure and diversified energy mix, contributing to ongoing streams towards a clean energy transition.

Approximately 55,000 pieces of pipe weighing a total of 520,000 tons were used in the project that took over 50 million man-hours of labor to complete.

"The TAP system operates in line with internationally recognized quality, health, safety and environmental standards and is designed with the potential to double its throughput capacity to 20 billion cubic meters (bcm) per annum," the statement read.

The pipeline represents the European leg of the Southern Gas Corridor and connects with the Trans Anatolian Pipeline (TANAP) at the Turkish-Greek border in Kipoi, crosses Greece and Albania and the Adriatic Sea, before coming ashore in southern Italy.

TANAP is a successful cooperation between Turkey and Azerbaijan, which had its official launch ceremony on June 12, 2018, attended by President Recep Tayyip Erdoğan and his Azerbaijani counterpart Ilham Aliyev.

The $40 billion Southern Gas Corridor project includes the Shah Deniz 2 field, the South Caucasus Pipeline and TANAP. Azerbaijan, Georgia, Turkey, Bulgaria, Greece, Albania and Italy are the countries that are involved in the 3,500-kilometer project.

TANAP, with investments of over $7 billion, is the largest section of the Southern Gas Corridor project. The pipeline stretches from the Turkish-Georgian border to the Turkish-Greek border to supply natural gas to both Turkey and European countries.