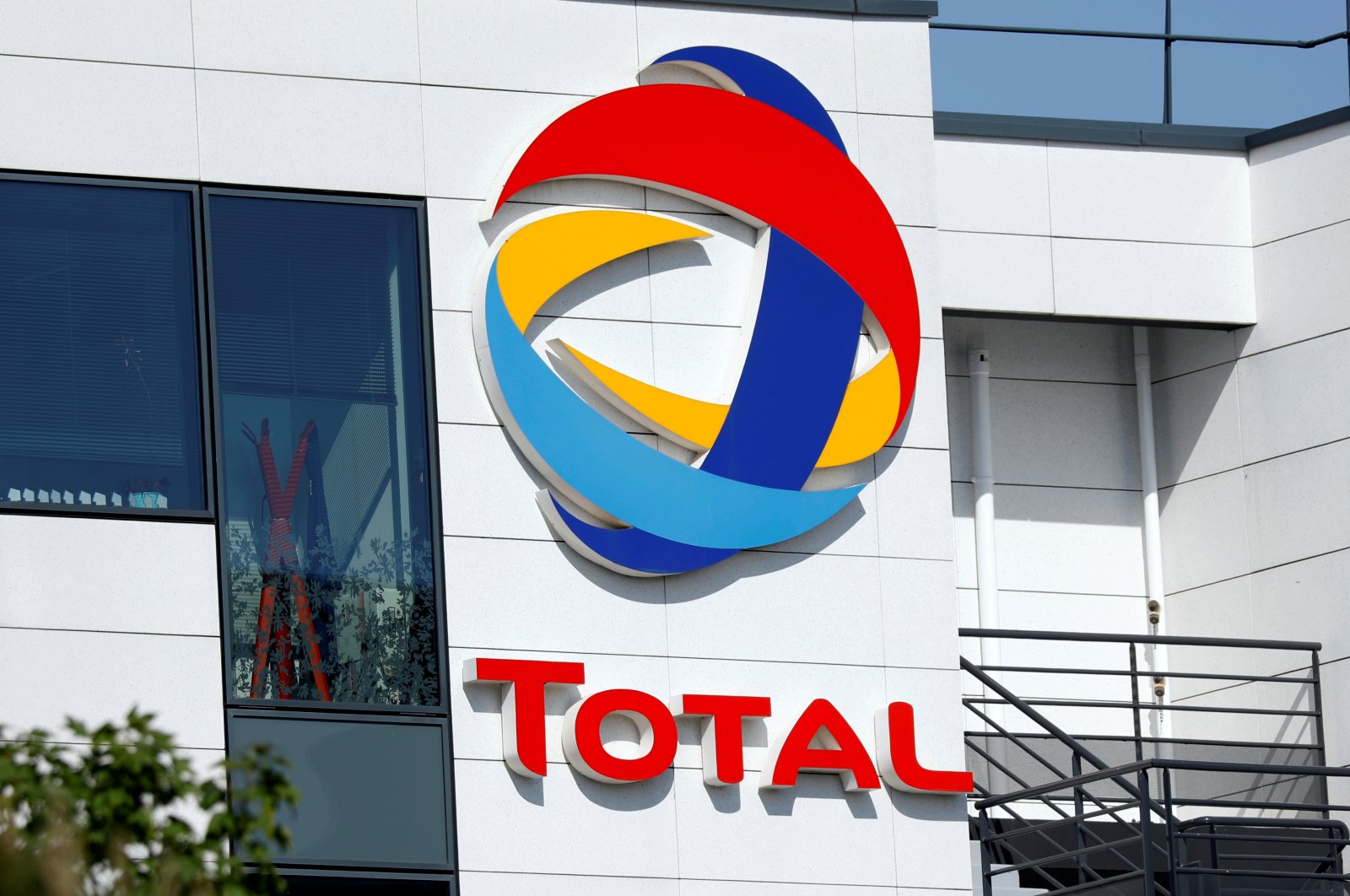 The logo of Total is pictured at the company's headquarters in Rueil-Malmaison near Paris, France, April 22, 2020. (Reuters Photo)
by DAILY SABAH WITH AGENCIES Aug 31, 2020 3:10 pm
Edited By Ayşe Betül Bal
RECOMMENDED

Most recently on Aug. 24, the Total E&P Mozambique Area 1, operator of a $20 billion liquified natural gas (LNG) project, said it has signed a memorandum of understanding (MoU) with the government of Mozambique regarding the security of the project activities in the country's insurgency-engulfed northernmost province of Cabo Delgado.

The new pact, of which the details remain unknown, includes Total providing logistical support to a joint task force that was established to ensure the security of the Mozambique LNG project's activities in the Afungi Peninsula near the northern town of Palma.

Mozambique Minister of Mineral Resources and Energy Ernesto Max Elias Tonela said about the MoU that they are proud to continue working with the Mozambique LNG project to ensure the country benefits from its presence.

“This memorandum of understanding bolsters security measures and endeavors to create a safe operating environment for partners like Total that enables their ongoing investment in Mozambican industry, for small- and medium-sized enterprise and our communities,” he said, highlighting both the government’s and the French company’s goal of protecting their energy investments from the militant insurgencies that have accelerated since 2018.

In early August this year, the so-called Central African Province (ISCAP) of the Daesh terrorist group seized control of the Cabo Delgado port town of Mocimboa da Praia following an offensive on the area. The militia group continues to control areas within and near the northern port town, significantly impacting the security of both the port and Total’s planned LNG facility located 40 kilometers (around 25 miles) to the north. The militia's victory in Mocimboa adds to the obstacles facing the multibillion-dollar international investments to exploit the massive deposits of LNG in northern Mozambique. It has also further threatened the safety of civilians, which has steadily deteriorated since the insurgency began in 2017.

In a report issued in 2020, the United Nations Refugee Agency (UNHCR) documented that at least 100,000 people have been forced to flee their homes throughout Cabo Delgado due to the escalation of violence by armed groups.

The rebels started as a ragtag group near Mocimboa in 2017 and since then have grown in strength to carry out a campaign of violence in villages in coastal districts of Cabo Delgado, killing more than 1,500 people, according to the Armed Conflict Location and Event Data Project.

Before claiming control of the port, the insurgents repeatedly attacked – and took – the city center of Mocimboa da Praia, first in March, then in June and now in August.

Meanwhile, a report published by global intelligence company Stratfor on Aug. 25 said the proposed security agreement between the African country and Total will probably reduce threats to Total's project in Palma and on the Afungi Peninsula rather than erode militants' capabilities across the wider region, leaving the rest of Cabo Delgado vulnerable to insurgent attacks.

“So far, insurgents have not directly targeted Total's LNG development, and the Mozambican government has already reinforced its military presence around Palma following the recent surge of attacks near Mocimboa da Praia. But without significantly disrupting their activities across the broader Cabo Delgado region, militants' capabilities will likely continue to grow and could eventually present an even greater threat to Total and other oil and gas companies' onshore operations,” the report noted.

It said that Total’s association with Mozambican security forces who have been accused of violence against civilians including illegal detainments could harm the French oil major’s “international standing among partners and investors, while also affect its standing with local populations who already have little trust in their country's military.”

The report, highlighting that the oil giant’s support could be in many different forms from financial support to government budgets and the hiring of private military corporations, to gifting essential equipment such as vehicles and providing use of Total's existing transport infrastructure, said, “Depending on how directly Total involves its assets in security operations, additional risks for energy operators in the region could arise as well, as their assets could also start to be perceived as part of the government security capacity.”

The report also highlighted the Mozambican government’s struggling to fight the insurgency in the area with limited military resources and its dependency on private security providers, including the Russian Wagner Group, which has reportedly failed and withdrawn from the country.

The Wagner Group, which has been involved in conflicts in many countries such as Ukraine, Libya, Syria and Venezuela, was the Mozambique government’s desperate solution in September 2019, winning a competition against its rival group, American businessman Erik Prince’s Frontier Services Group.

According to media and intelligence reports, Prince – founder of the private security group Blackwater, and a Trump administration adviser – met earlier this year with a top official of the Wagner Group and offered his mercenary forces to support the firm’s operations in Libya and Mozambique, which was later denied by his lawyer.

Wagner officials also said they are not willing to work with Prince, three people familiar with their decision told The Intercept.

The Stratfor report added the Russian state-affiliated group reportedly withdrew from Mozambique after only months following losses on the battlefield and problematic interactions with government forces.