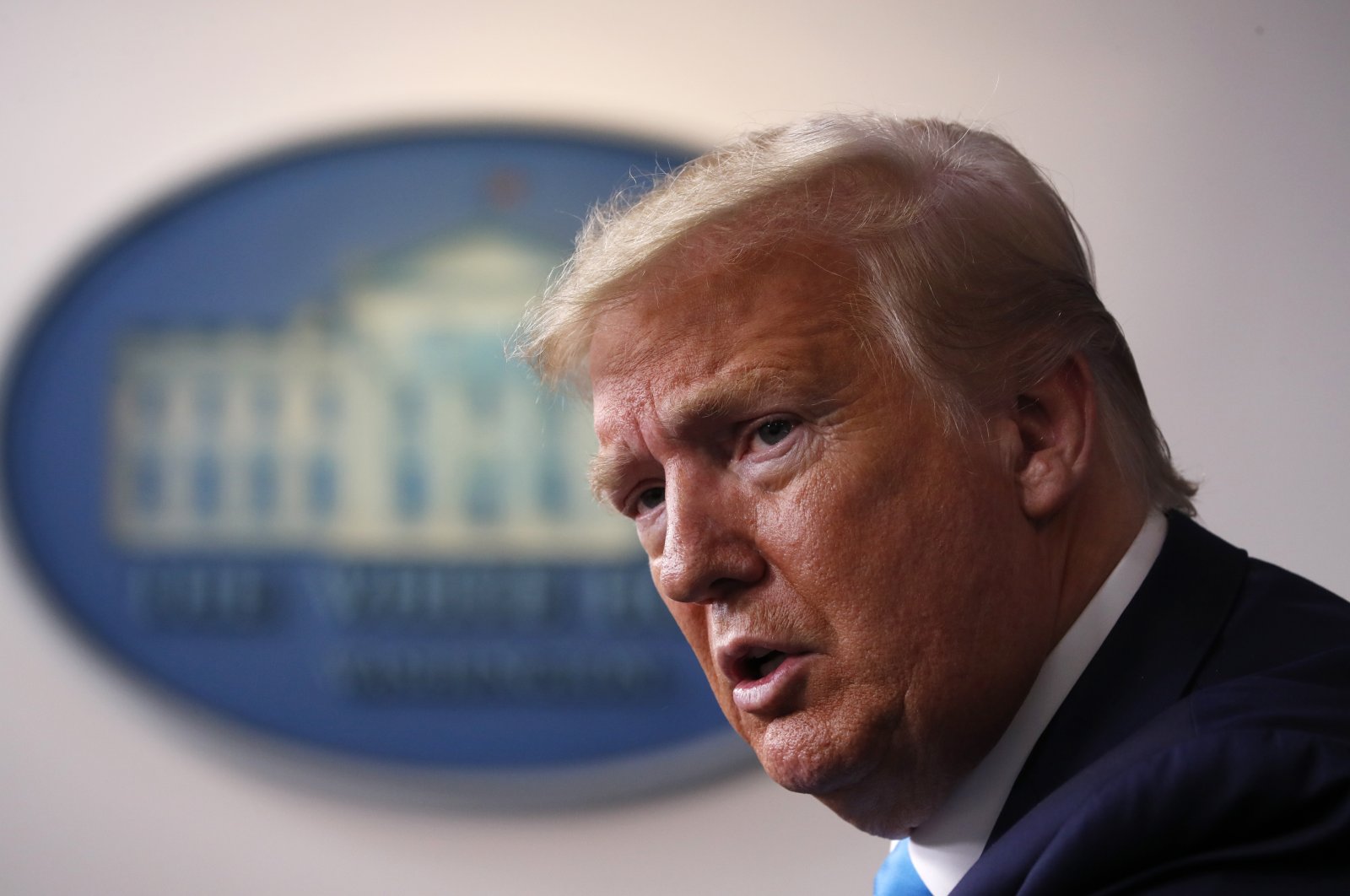 In this April 7, 2020, file photo US President Donald Trump speaks about the coronavirus in the James Brady Press Briefing Room of the White House in Washington. (AP Photo)
by REUTERS Apr 13, 2020 7:58 pm
Edited By Ayşe Betül Bal
RECOMMENDED

U.S. President Donald Trump said on Monday the OPEC+ group of oil producers is looking to cut output by 20 million barrels per day (bpd), a figure that appeared to include a wider group of producers, including the United States.

OPEC+, comprising of members of the Organization of the Petroleum Exporting Countries, as well as Russia and others, said on Sunday it had agreed to reduce output by 9.7 million bpd for May and June, after four days of talks and following pressure from Trump to arrest a price collapse.

"Having been involved in the negotiations, to put it mildly, the number that OPEC+ is looking to cut is 20 million barrels a day, not the 10 million that is generally being reported," Trump said on Twitter.

Several other nations including the United States, Canada, Norway and Brazil, have said they will be cutting production as well, largely due to the collapse in prices.

Saudi Energy Minister Prince Abdulaziz bin Salman said nations in the G20 group had pledged to cut around 3.7 million bpd and that strategic reserves purchases would reach around 200 million barrels over the next couple of months, bringing the total reduction of oil in the market to about 19.5 million bpd.

Oil prices fluctuated on Monday as the positive impact of major producers agreeing record global output cuts was offset by concerns, they will not be sufficient to reduce a glut as the coronavirus pandemic hammers demand.