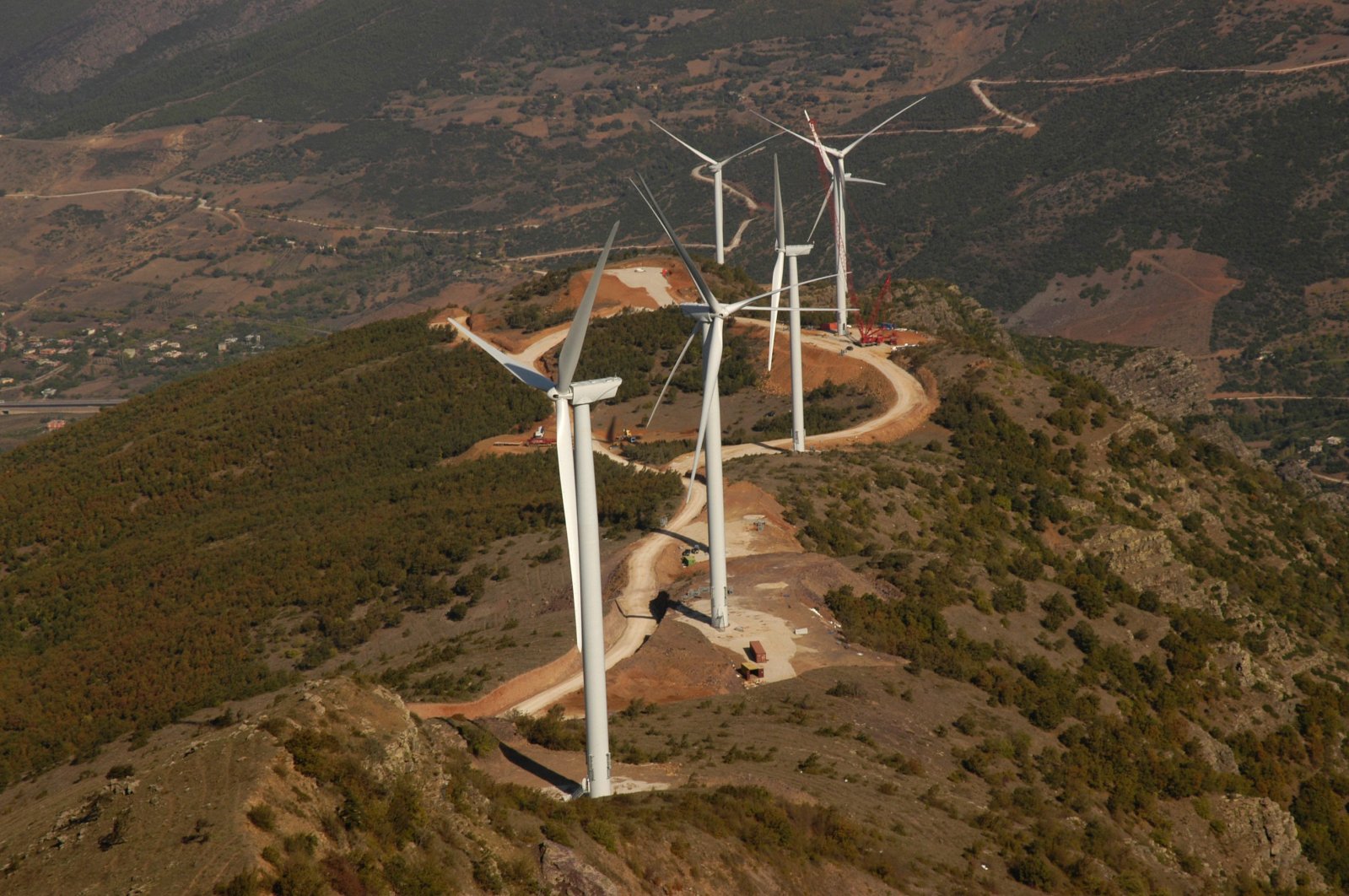 Across 2019, Turkey added 687 megawatts (MW) of installed capacity to its wind power portfolio, generating a total of 8,056 MW from the renewable source, according to the Turkish Wind Energy Association's (TÜREB) report released on Wednesday.

According to the data, wind energy provided about 8 million Turkish homes with electricity last year.

The province of İzmir, along the coast of the Aegean Sea, saw the most installed wind capacity with 1,549 MW, while Balıkesir, farther north, ranked second with 1,363 MW, and nearby Manisa followed in third place with 689.9 MW.

Turkey currently operates a total of 198 wind energy power plants. The country has 25 wind farms under construction with a total of 1,309 MW, the report read.

According to Energy and Natural Resources Ministry, Turkey has a wind potential worth an estimated as 48,000 MW.

The country is gradually expanding its capacity, mainly in the Aegean and Marmara regions.

The country aims to add 10,000 MW of wind power capacity in the coming 10 years in line with government plans.