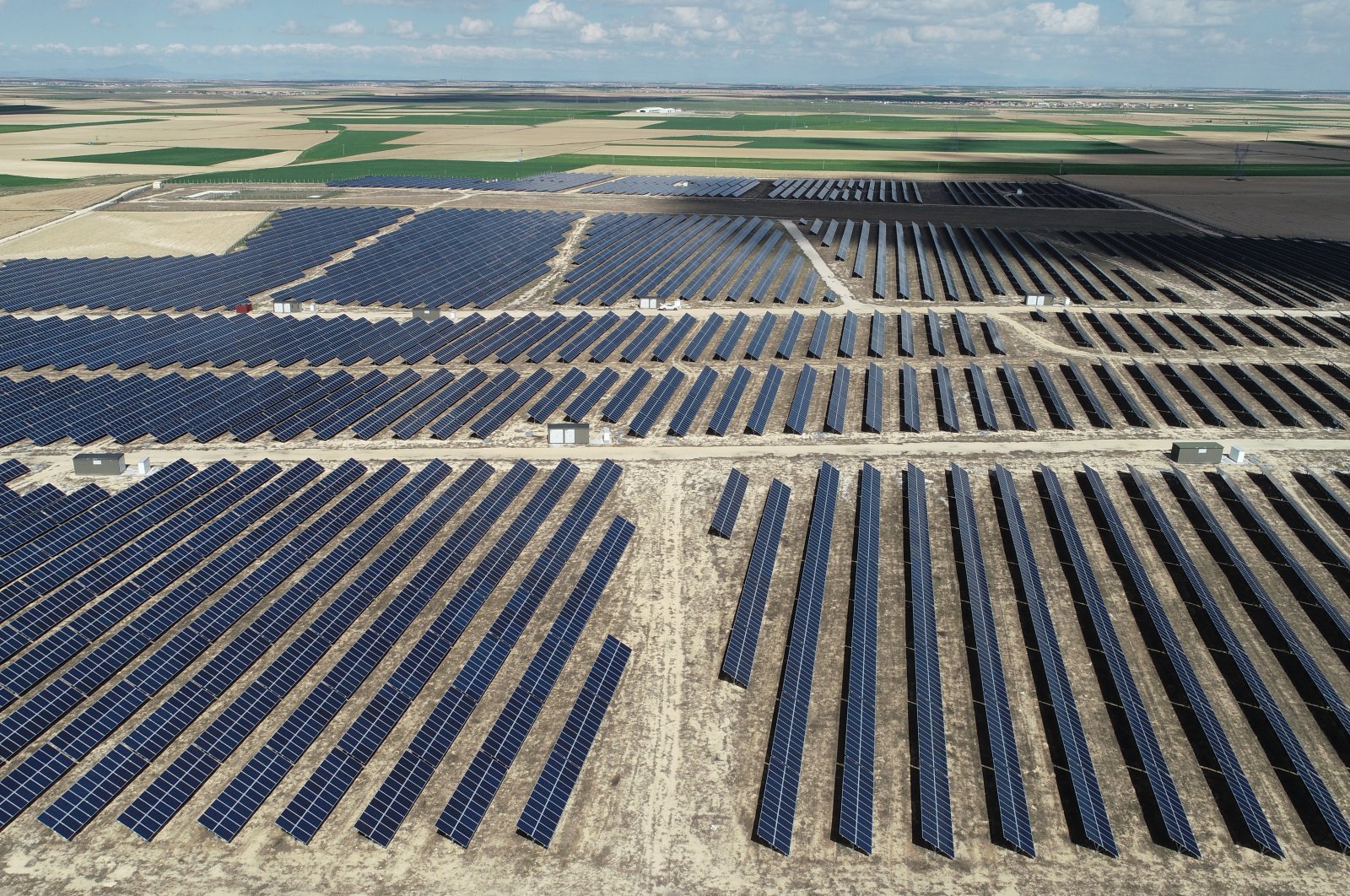 The increase in Turkey's solar energy capacity is expected to reach over 100% this year, the head of the Turkish Solar Energy Industry Association (GENSED) said Monday.

Capacity additions this year are forecast at 1,500 megawatts (MW) compared to 2020 when just 672 MW was added due to disruptions in the global supply chain from the COVID-19 pandemic.

According to the International Energy Agency (IEA), an increase in global solar capacity is estimated at around 200 gigawatts (GW) in 2020, marking a 4% year-on-year rise.

In that regard, he noted that Turkey will receive applications for 1,000 MW of mini Renewable Energy Resources Zones (YEKA) tenders between March 8-12, 2021.

The 74 mini YEKA tenders are expected to be held in 36 districts across the country.

The YEKA tenders form part of Turkey's aim to supply 65% of its energy needs from domestic and renewable sources by 2023.

Highly dependent on imports for its natural gas and oil needs, Turkey has seen strong growth in renewable energy capacity to 49,500 MW in the last few years, reaching more than half of the total installed power capacity of 95,000 MW.

"With its advantageous geographical location, our country has huge hydropower potential but in times of drought when hydropower generation falls, Turkey needs to rely on natural gas and coal," said Demirdağ.

"We see solar as a great stabilizer for hydropower plants when built in a hybrid way," he noted, explaining that because hydropower plant transmission infrastructure is already in place, solar plants can be swiftly installed adjacent to hydropower to complement capacity additions.

"When they become online, such projects could help alleviate Turkey's need for imported energy sources in times of drought," Demirdağ said.

With the EU's aim to become climate neutral by 2050, the Green Deal provides an action plan to boost the efficient use of resources by moving to a clean, circular economy and to restore biodiversity and cut pollution.

The EU market is important for Turkish exporters, accounting for almost half of the country's total export volume, chiefly to Germany, Italy and the U.K., Demirdağ said. "No Turkish exporter can risk losing the European market."

According to Demirdağ, Turkish industrialists will be able to reduce their carbon footprint by installing their own solar plants for their manufacturing processes, contributing greatly to Turkey's increased use of solar capacity.