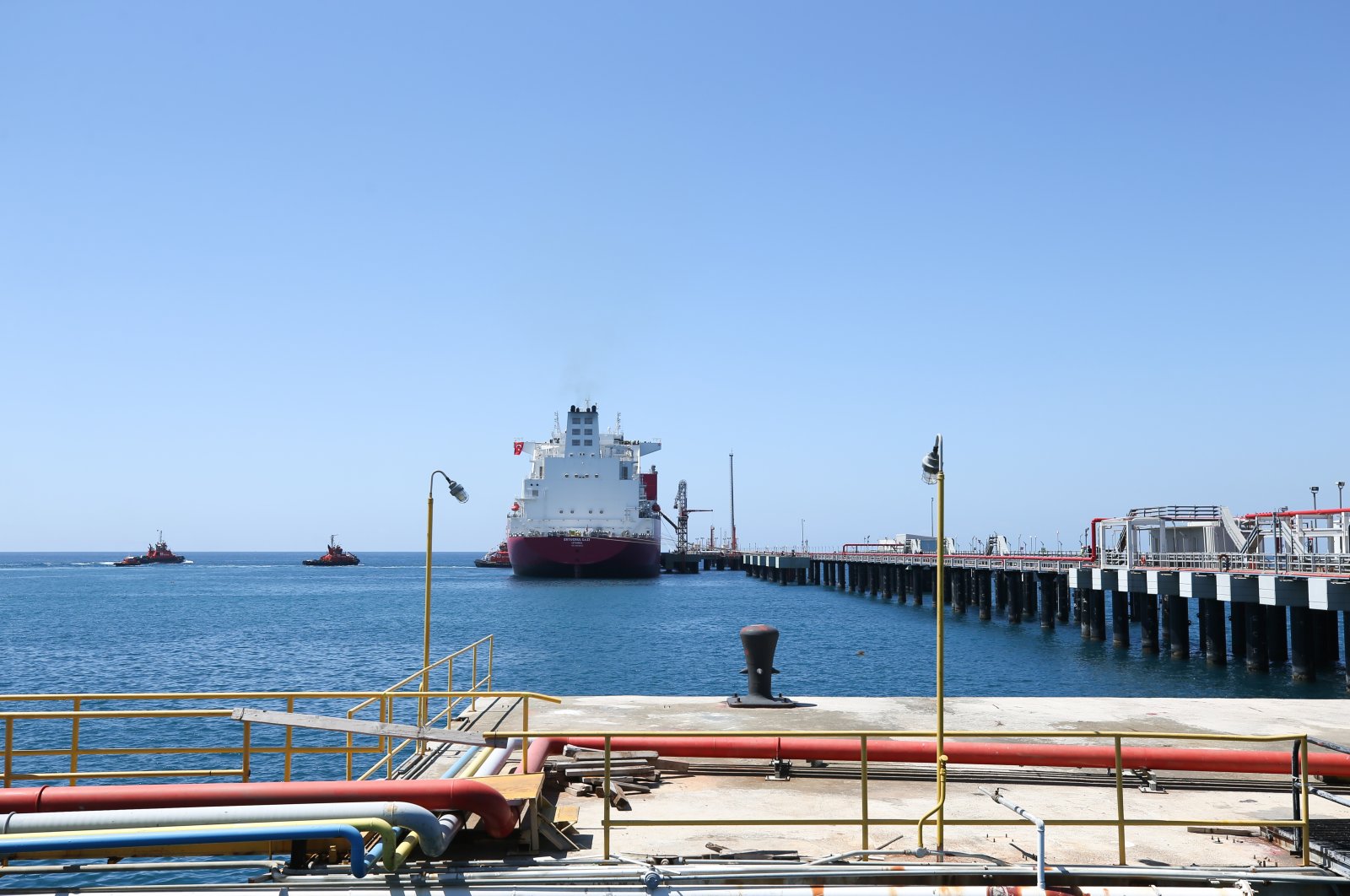 As the world wrestles with soaring energy prices just ahead of winter, Turkey is revving up efforts to ensure the fallout is only minimally reflected on its citizens and their energy bills, according to officials.

Gas and electricity prices, particularly in Europe, have been setting record highs on a daily basis over the recent week as big consumers struggle to cope with demand that has bounced back more quickly than expected from the COVID-19 downturn.

The fallout has been worsened by fears that a cold winter could further strain natural gas supplies and that current low storage levels may be insufficient.

In such an environment, Turkey has been endeavoring to guard its citizens and ensure they are minimally impacted by the skyrocketing prices, President Recep Tayyip Erdoğan said Saturday.

“Even though the prices of energy, goods and services are increasing at exorbitant rates on a global level, we are protecting our citizens by reflecting them at a rate of one-third and one-fifth,” Erdoğan said at a groundbreaking ceremony of a polypropylene factory in the southern province of Adana.

In Europe, natural prices this year have jumped more than 500%, causing alarm across the continent and sending shivers through global markets. In the United States, natural gas futures recently hit 12-year highs.

Turkey’s natural gas prices have risen by 18% for residential use since the beginning of the year, according to Energy and Natural Resources Minister Fatih Dönmez. Electricity prices have been up 21%, he said.

“Not all costs incurred are reflected on households, small consumers and tradespeople. In natural gas and electricity, only about half of the cost increase has been reflected,” Dönmez told a private broadcaster Friday. “In other words, the state meets half of the bill. We reflect it on the citizen in the least possible way by making sacrifices. Practices will continue within this framework.”

Dönmez stressed he has been in the industry for 30 years but “I have not seen anything like this,” elaborating on the current global energy crisis.

“The price of a barrel of oil has gone over $80 this year. Production in Europe has decreased. This situation caused a rise in prices,” he noted.

Erdoğan just this week said since the COVID-19 pandemic began, Turkey has kept energy prices under state control at the lowest possible level, subsidizing them if necessary, and continues to do so.

“We are making every kind of sacrifice to protect our own citizens at a time when energy prices have increased between two and fivefold all over the world, especially in Europe,” he noted.

According to Erdoğan, Ankara was also working to conclude international contracts that would affect energy prices in a way that would benefit the country the most.

Dönmez assured there were no issues with the technical infrastructure but said the drought had lowered power generation from hydroelectric plants and boosted output via natural gas.

This is set to trigger a significant rise in Turkey’s gas demand, officials recently said.

The demand will reach around 60 billion cubic meters (bcm) this year, Deputy Energy and Natural Resources Minister Alparslan Bayraktar has said, a noteworthy rise from 45 bcm to 50 bcm that the country consumes each year and for which it pays between $12 billion and $15 billion.

He cited two main factors. “The first one is this year’s drought, so the electricity we produce from hydro plants has been relatively reduced. To balance this, natural gas power plants have been operated more. Secondly, a serious capacity utilization rate has been achieved in the industry. At the moment, export data also supports this,” Dönmez noted.

“With the increase in demand there, there will be an additional demand of about 8 bcm-10 bcm.”

The minister said some of the demand would be met through supplying liquified natural gas (LNG) and some from existing contracts.

“We will have survived this year without any problems if the suppliers also comply with the shipment schedules,” Dönmez stressed.

Dönmez echoed Erdoğan’s remarks, saying Turkey’s Petroleum Pipeline Company (BOTAŞ) and other private institutions are in talks with related countries regarding gas imports within the scope of current contracts.

In his speech, Erdoğan also noted Turkey had recently declared the launch of its Green Development Revolution, an initiative that he said would raise Turkey to new levels in every field from industry to exports.

“From now on, we’re going to plan and realize all investments in our country with this approach, like the plant for which we’re laying the foundation for today,” he said.

Erdoğan was referring to the massive polypropylene production facility, in which Rönesans Holding will invest about $1.7 billion and which will operate in a 62-hectare (153-acre) area in the Ceyhan Industrial Zone in Adana.

The plant, which will meet its fuel needs using self-produced hydrogen, will also supply a very large part of its electricity needs from Rönesans’s hydroelectric power plants. About 80% of its total energy needs will be met from renewable energy sources.

The plant, which will be Turkey’s largest investment in this area, aims to increase the country’s annual polypropylene production capacity by threefold and replace 20% of imports.

Its total production capacity will be 450,000 tons per year and is expected to be operational by 2025. It is intended to make an annual $250 million contribution to Turkey’s foreign trade balance.

“We’re determined to bring the production infrastructures of the future to our country by using the new opportunities brought by technology, such as digitalization and artificial intelligence, in the best way,” Erdoğan said.

He went on to say that the plant, which is to operate on the principle of fully recyclable, environmentally friendly, and sustainable production, will be using the most sophisticated technologies in the field.

“That these investments are being made as the world grapples with crises like the pandemic and climate change indicate the depth of the vision of our business people,” Erdoğan said, adding that many developed countries, chiefly those in Europe, have chosen Turkey to meet their production needs.