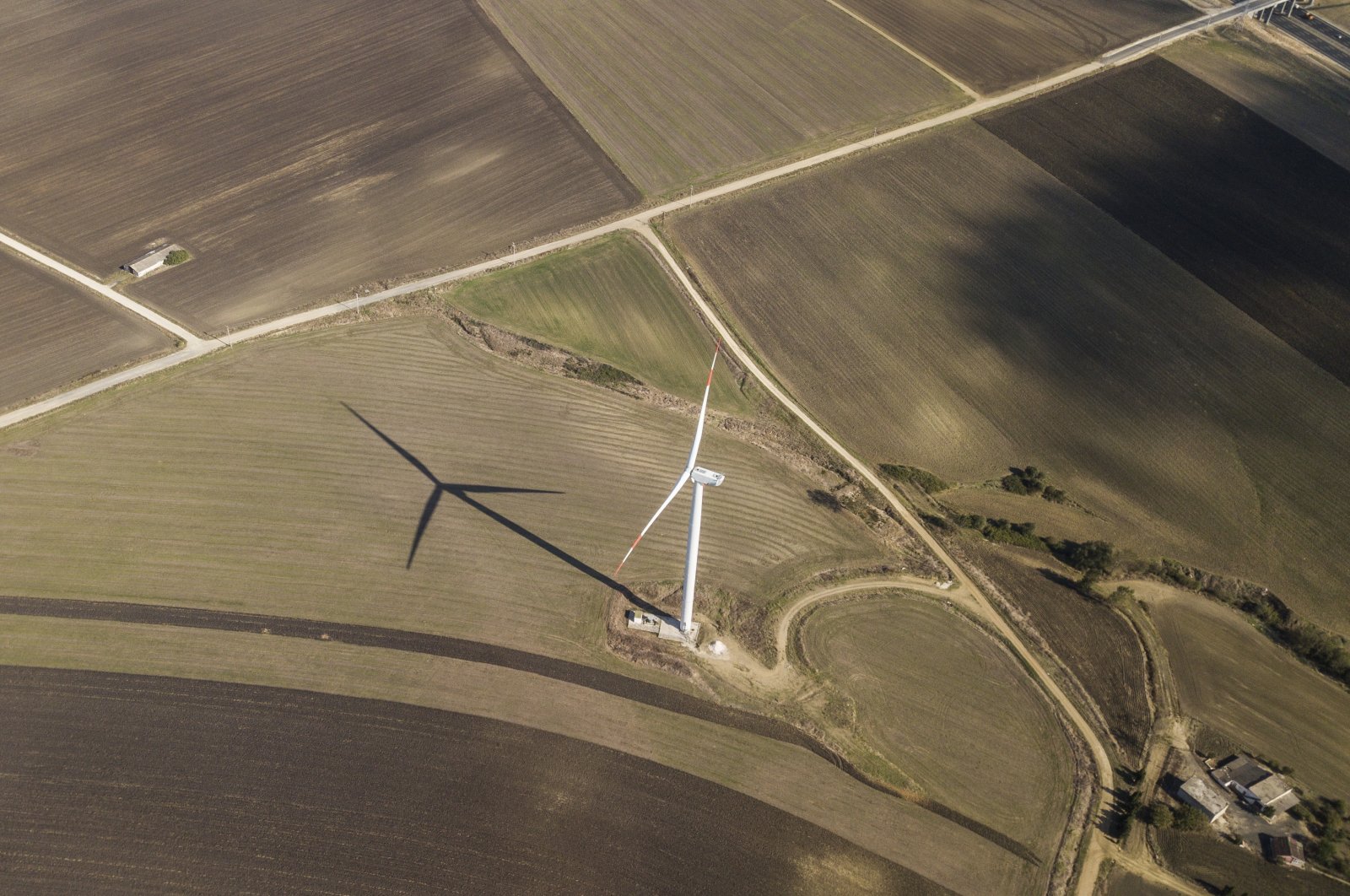 “We’ll take the necessary steps to manufacture equipment that has not yet been produced in our country,” said Varank.

Noting that the ministry had issued nearly 7,000 incentives for renewable energy investments in the last eight years, Varank said these investments, worth TL 124 billion ($34 billion), had since created over 19,000 jobs.

“Our total installed wind power has increased to 8,330 megawatts by the end of October,” Dönmez said.

The overall installed wind power in the world stands at around 650,000 MW, he added. This capacity increases by 50,000 MW to 60,000 MW each year, Dönmez stressed, saying that around $150 billion worth of investments globally were made in wind power this year.

Stating that 15,000 people are employed in the wind energy sector in Turkey, Dönmez emphasized that the sector has taken the lead in the localization of energy technologies with a rate of between 55% and 60%.

"As of the end of October, wind energy accounts for 9% of our total installed capacity and 17.5% of our renewable energy installed capacity. We were able to power 9.6 million households with these power plants,” he noted.

Yet, Dönmez stressed Turkey aims to initially increase this amount to 10,000 megawatts and then to 20,000 MW.

"We want to make wind sector Turkey’s second automotive sector," he asserted, adding that there are currently more than 80 equipment production companies operating in the wind energy sector in Turkey.

Pointing out that a wind turbine and research and development (R&D) factory was established in Turkey’s western Izmir province as part of the wind YEKA project, he said Turkey aims to become a leading country with its experience and high technology in wind energy.

The YEKA tenders help Turkey achieve its aim to supply 65% of its energy needs from domestic and renewable sources by 2023. In the first 1,000 MW wind tender that Turkey's Renewable Energy Resources Zone Project offered, a Siemens Gamesa – Türkerler – Kalyon consortium won the tender by submitting the best price of $3.48 per kilowatt-hour.

The minister also noted that Turkey has become the fifth largest producer in the wind sector in Europe and exports 80% of its production capacity.

"Turkey ranks seventh in Europe and 12th in the world in terms of installed wind power," the minister said and assured his full trust was in the wind sector to strengthen this position in the future.

On the other hand, Varank said that powerful and sustainable development growth passes through efficiency and compatibility, noting energy emerges as a critical component at this point.

“We need to produce in order to grow and to produce we need energy. In parallel with the growing industry and sectoral diversity, our energy demand is growing,” he said, noting that the external dependence in terms of energy results in a current account deficit.

The minister pointed out that renewable energy resources are important alternatives to decrease external dependency on energy while boosting technology industrialization, also stressing their environment-friendly and cost-effective features.

“The known analysis forecast that 85% of the world’s energy needs will be met by renewable energy resources by 2050. The largest shares among the renewable sources will be wind and solar energy, respectively,” Varank said.

He added that there is $1 trillion worth of wind and solar energy investments that were guaranteed by the private sector for the next 10 years, which points out both the private sector’s importance and the local industry’s need to adapt to the change in the quickest possible way.

Varank emphasized that Turkey’s disadvantage in terms of its external dependence on oil and natural gas can be turned into an advantage by benefiting from the renewable resources at the highest level, adding that the ministry is providing all means of support to strategic investments in the field.

Saying that they support industrialists who manufacture the main equipment and sub-components for renewable energy with several mechanisms, Varank said: "Thanks to those support mechanisms and the dynamism of the private sector, our domestic manufacturing capacity stepped into a new age.

“We produce and export world-standard high added-value products,” he said.