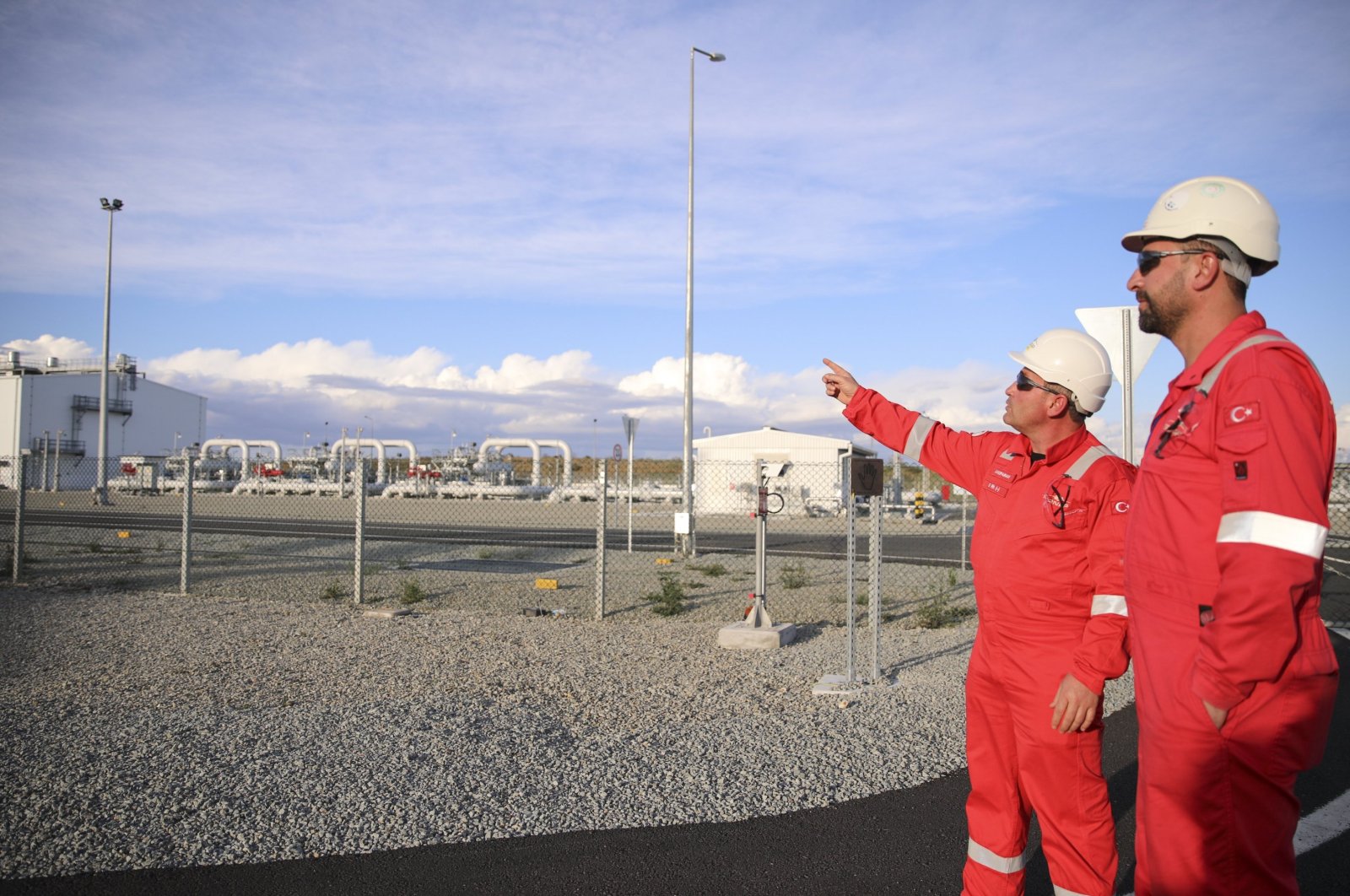 In addition to their large-scale joint projects, Ankara and Baku are discussing the steps needed to further increase their cooperation in the energy industry while also ensuring the sector's security and efficiency.

The protocol was said to be signed during a meeting held online due to the COVID-19 outbreak on Oct. 27, which was attended by EPDK Chairperson Mustafa Yılmaz and AERA head Samir Akhundov.

Under the scope of the protocol, which entered into force on the day it was signed, a consistent regulatory framework was established in the electricity and natural gas markets of both countries. With this purpose, the knowledge and experiences of the two countries' institutions will be shared through various seminars, meetings, personnel exchanges and the flow of electronic information.

The protocol also envisages evaluating opportunities for cooperation with other national, regional and international institutions for the establishment of regional electricity and natural gas markets and for transforming bilateral partnerships into multilateral agreements.

During the virtual meeting, Yılmaz reiterated the strong bonds between Baku and Ankara, adding that this agreement will only strengthen bilateral relations.

“This protocol also aims to jointly develop relations with third parties as well as regional and international organizations,” he said, adding that the EPDK, which is the architect of the electricity and natural gas markets in Turkey, is willing to share its knowledge and experience with its Azerbaijani counterparts.

“This protocol we signed offers great opportunities in terms of transferring the experiences of our country, which has become an example in our region for its modern energy market due to its 20 years of experience to Azerbaijan, which is in the process of liberalizing its energy markets and is an important supplier,” Yılmaz emphasized.

Akhundov, also speaking during the signing ceremony, said that energy security is one of the most important elements of Azerbaijan's economic security, noting that relations between the energy ministries of the two countries are successfully developing.

He stressed that the purpose of the meeting was to lay the foundations for the development of cooperation between the two organizations and to benefit from Turkey's experience in the field of energy and utility services, in its competitive energy markets and in energy efficiency.

Azerbaijan is an important natural gas exporting country in the region, and with the launch of a new gas pipeline, it is also challenging other regional suppliers’ sales to Europe and Turkey.

The $40 billion Southern Gas Corridor (SGC) will draw from Azerbaijan's giant Shah Deniz II field in the Caspian Sea and has the backing of the European Commission as it seeks to curb Europe's dependence on Russian energy. The fully completed SGC is expected to become operational by the end of the year, and Turkey will receive 6 billion cubic meters (bcm) of Azerbaijani gas per year, while 10 bcm is earmarked for Europe.

Azerbaijan, meanwhile, has pumped almost 7 bcm to Turkey over the last two years via the existing Trans Anatolian Natural Gas Pipeline (TANAP), part of the SGC and a significant joint project between Ankara and Baku.

The Caspian country’s energy watchdog was established in December 2017 under the Ministry of Energy. The agency regulates the utility sectors for electricity, natural gas and district heating in Azerbaijan.

Meanwhile, the EPDK, initially established in 2001, has been continuing its work to make Turkey an energy trading hub in the region.

Most recently, the EPDK completed its initial work on the launching of the Natural Gas Futures Market (VGP) that as of next year will allow the resource to be bought and sold via futures contracts. While it will allow traders operating on the natural gas exchange to prepurchase and sell the country’s newly discovered Black Sea resources, scheduled to be in the system in 2023, it is expected that it may also have a positive impact on prices, causing them to drop earlier than expected.

Yılmaz previously emphasized that both the discovery and the VGP will help Turkey move closer to its goal of becoming a natural gas trading hub.

In September 2018, Ankara commissioned the Organized Wholesale Natural Gas Sales Market (OTSP), which had been in progress for some time. The aim was to establish and develop a fair, sustainable and foreseeable market. The natural gas exchange was launched within the Energy Stock Exchange Istanbul (EPIAŞ), and its legislative infrastructure was established by the EPDK.

The launch of the VGP was designed to ensure market predictability while eliminating the risks arising from price uncertainty. It is expected to increase liquidity in the market and provide flexibility to market players in adjusting their positions while contributing to supply security by minimizing forward-looking uncertainties.