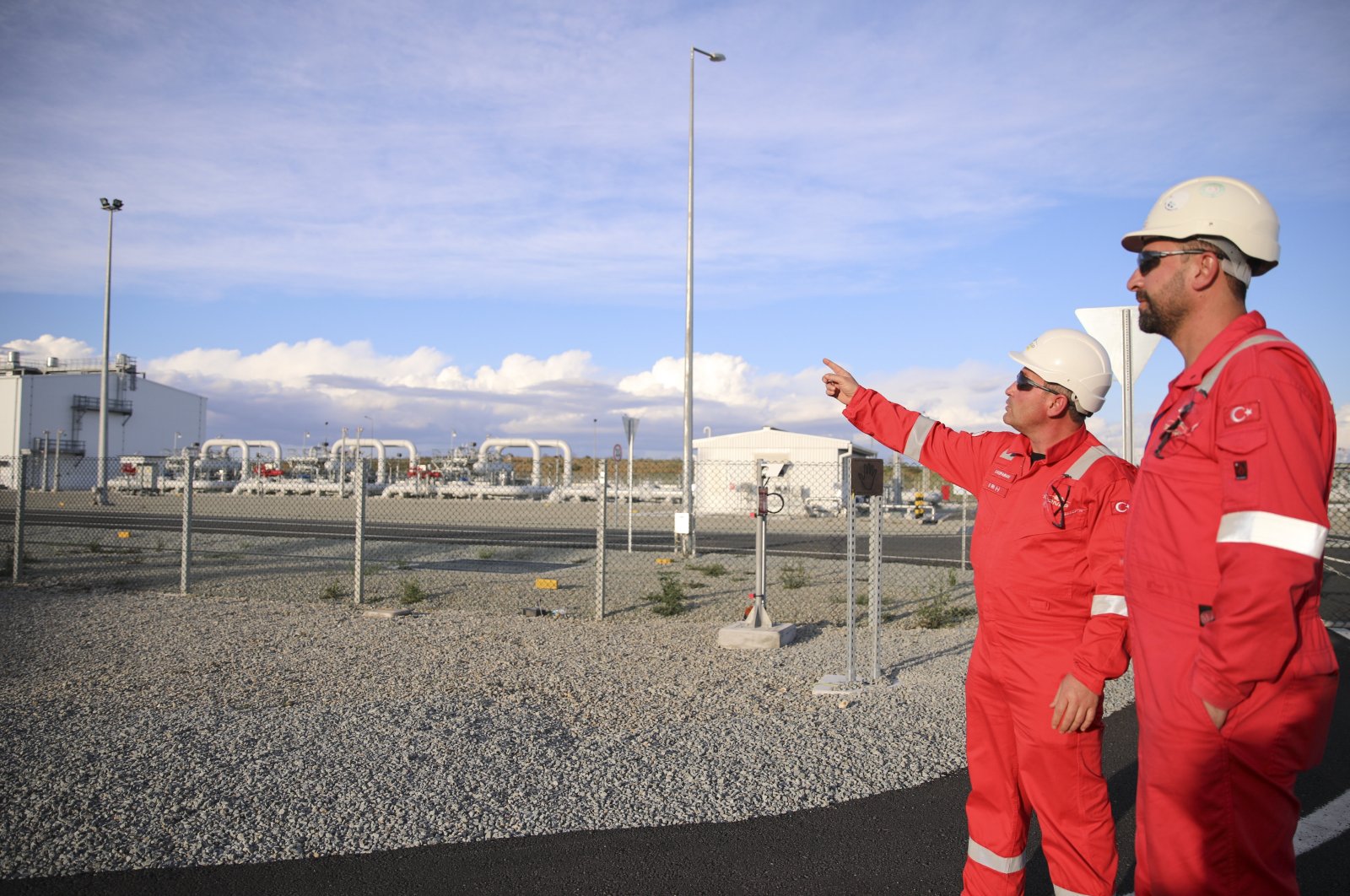 The Turkey-Nakhchivan natural gas pipeline will ensure the security of Nakhchivan’s energy supply via natural gas, which will flow through Turkey to the Azerbaijani exclave, Turkish Energy Minister Fatih Dönmez said Tuesday.

The minister was speaking at the signing ceremony of a memorandum of understanding (MoU) inked for the construction of the line. The ceremony was attended by his Azerbaijani counterpart Parviz Shahbazov.

It will be constructed as a continuous line to the Iğdır Natural Gas Pipeline located in the easternmost Turkish province of Iğdır and will transfer the natural gas obtained via Azerbaijan, with a high degree of probability as Dönmez put it, to the Nakhchivan.

The project will be carried out in cooperation with Turkey's Petroleum Pipeline Company (BOTAŞ) and Azerbaijan’s state energy company SOCAR.

Stating that Nakhchivan has a population of nearly 500,000 and natural gas consumption of 500 million cubic meters, Dönmez said: “One of the wounds caused by the Karabakh invasion will be healed with the gas that will be delivered to the region via Iğdır.”

"Thus, a safe natural gas supply will be provided to Nakhchivan as it has been before the Armenian occupation of Karabakh," the minister said.

In total, about 20% of Azerbaijan's territory - including Nagorno-Karabakh and seven adjacent regions - has been under illegal Armenian occupation for nearly three decades.

He added that the project will pave the way for more investments and initiatives in the region.

If the Iğdır- Nakhchivan pipeline is built, the Nakhchivan's gas needs can be met through part of the Azerbaijani gas sent to Turkey, Deputy Chief of SOCAR's Public Relations and Events Department Ibrahim Ahmadov earlier told APA-Economics while commenting on the signing of the MoU.

Nakhchivan currently depends mainly on the natural gas carried through its border with Iran based on swap operations with the country.

Under the swap agreement between Baku and Tehran inked in 2004, Azerbaijan supplies gas to Iran's isolated northwestern border city of Astara and 85% of that volume flows to Nakhchivan. Renegotiating the terms of the agreement was also on the table for Baku.

“In order to ensure energy security of Nakhchivan the issue to construct such pipeline was on the agenda a long time,” Ahmadov was also cited as saying.

The Turkey- Nakhchivan natural gas pipeline is one of the latest examples of broader energy cooperation between Ankara and Baku.

The minister said during its signing ceremony that a total of 8.1 billion cubic meters (bcm) of natural gas has flowed through the Trans-Anatolian Natural Gas Pipeline (TANAP) since its inauguration in June 2018 thanks to successful cooperation between the two countries. He also said that to date, 70 million cubic meters of natural gas flowed to the Trans Adriatic Pipeline (TAP) for filling purposes.

The pipeline represents the European leg of the Southern Gas Corridor and connects with the TANAP at the Turkish-Greek border in Kipoi then crosses Greece, Albania and the Adriatic Sea before coming ashore in southern Italy.