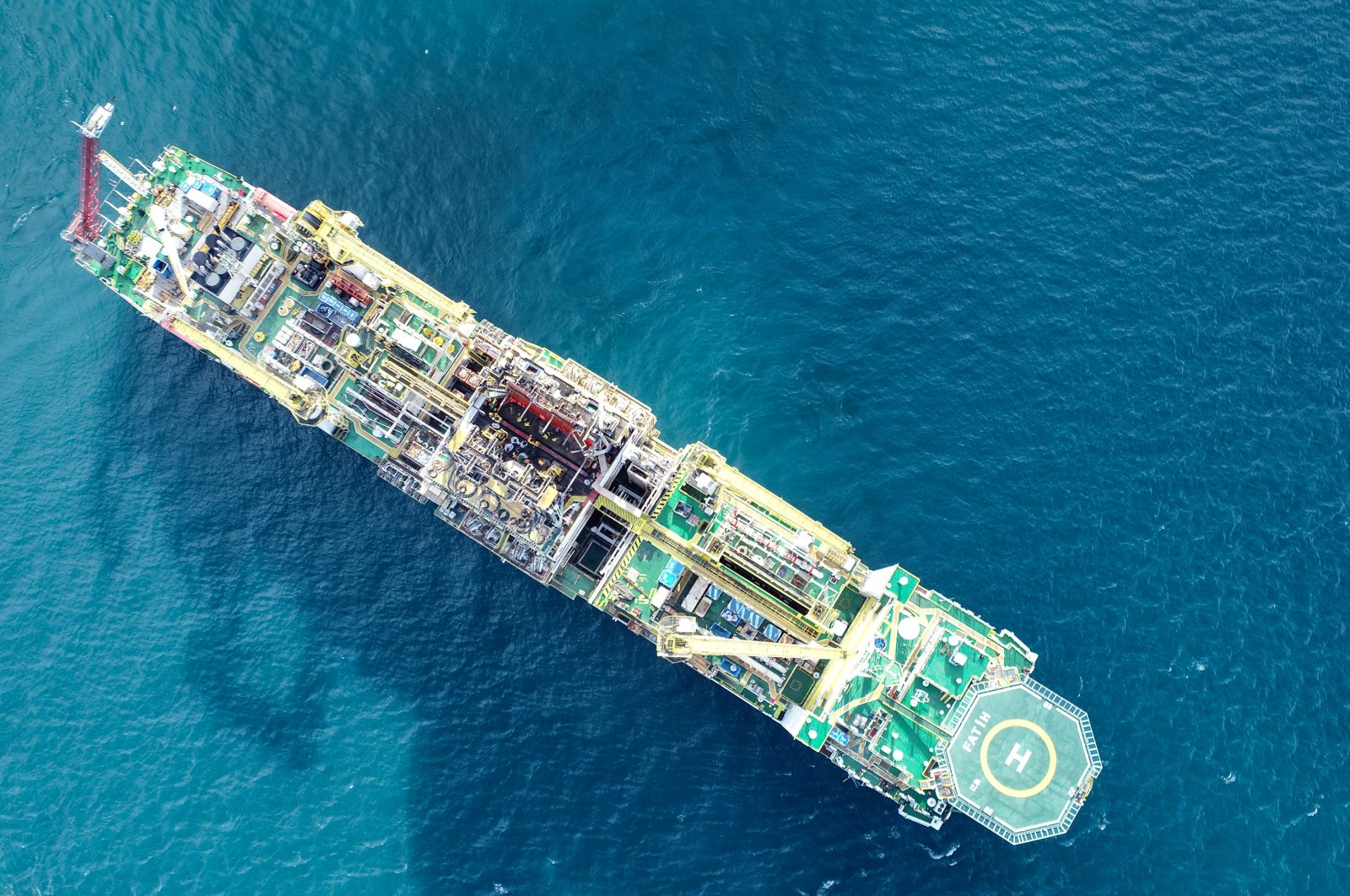 Turkey's first drilling vessel Fatih sails through the Bosporus as it leaves for the Black Sea, in Istanbul, Turkey, May 29, 2020. (Reuters Photo)
by DAILY SABAH WITH AA Jun 08, 2020 5:34 pm
RECOMMENDED

Speaking during an interview on the TRT Haber television channel, Dönmez said that Turkey completed six drilling studies in the Eastern Mediterranean so far, while the Yavuz drilling vessel is conducting a seventh in the Selçuklu-1 location to the west of Cyprus.

Turkish Petroleum has already applied in recent weeks to drill in the seven chosen licensed areas in the Eastern Mediterranean under the recent Libya pact.

On Nov. 27, Ankara and Libya’s United Nations-recognized Government of National Accord (GNA) signed two separate pacts, one that encompasses military cooperation and the other maritime boundaries of the two countries in the Eastern Mediterranean.

The maritime pact, effective from Dec. 8, asserted Turkey's rights in the region in the face of unilateral drilling by the Greek Cypriot administration, clarifying that the TRNC also has rights to the resources in the area.

“The legal procedure will take almost three months, and if there are no other applications, Turkish Petroleum will start new drilling activities in these areas in the following three to four months,” the minister said.

As a guarantor nation for the TRNC, the country has consistently contested the Greek Cypriot administration's unilateral drilling in the Eastern Mediterranean, asserting that the TRNC also has rights to the resources in the area.

Turkey has been conducting oil exploration and production activities in Libya for nearly 20 years, but these works were interrupted in 2011.

According to Dönmez, with the recent positive news from Libya, new infrastructure projects can be realized. "Turkish contractors are very familiar with the region and currently two big Turkish private firms are constructing two new big electricity production plants," he explained, adding that these projects could become operational in one or two months.

Dönmez also addressed Turkey's plans to announce the new mini Renewable Energy Resources Zone (YEKA) tenders in October for provinces that have a solar capacity of between 10 and 50 megawatts (MW).

During the fourth quarter of 2019, the country announced plans to hold YEKA tenders for solar energy in a new form, known as "mini YEKA."

The YEKA tenders form part of Turkey's aim to supply 65% of its energy needs from domestic and renewable sources by 2023. In 2017, through the energy ministry's YEKA tenders, Turkey held a solar tender with a capacity of 1,000 MW with a winning bid price per megawatt-hour of $6.99. An equivalent capacity wind tender was achieved at $3.49 per megawatt-hour also in 2017.