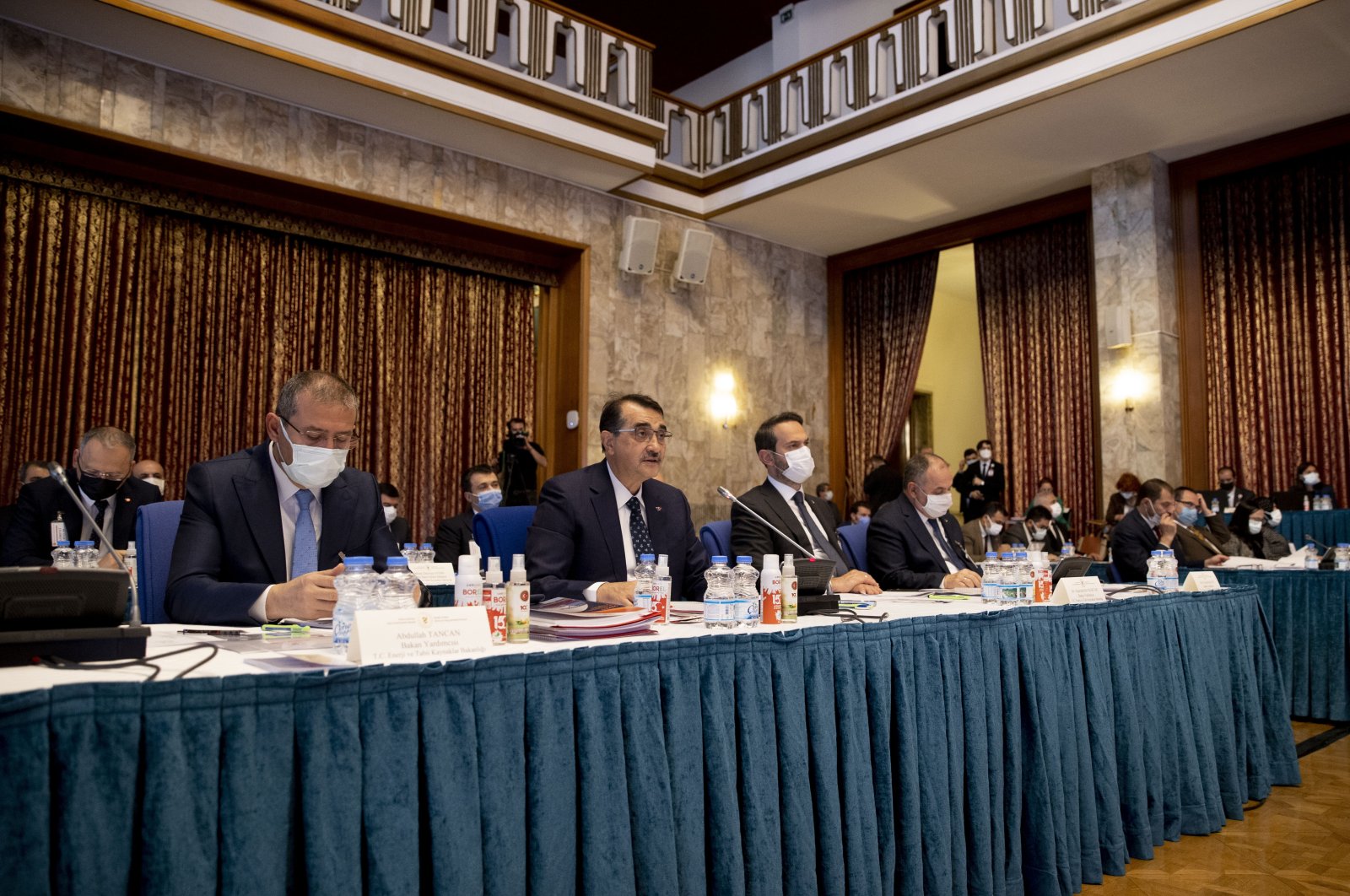 Speaking in Parliament, Fatih Dönmez summarized Turkey's achievements that were accomplished by using its own vessels to complete 15 offshore drillings along with onshore explorations.

“Onshore, 99 explorations, production and test wells have been opened and nearly 224,000 meters (734,908 feet) of drilling have been conducted in the last nine months,” Dönmez said.

Along with the Black Sea discovery, the country’s largest-ever find, nearly 60 million barrels of oil equivalent reserves have been brought in thanks to 26 discoveries in our onshore areas in 2021, the minister noted.

Through this achievement, the security of natural gas supplies has been achieved to cover the anticipated 22% consumption rise this year.

Local consumption is expected to hit a record 60 billion cubic meters (bcm) this year, almost a fifth higher than earlier estimates as vacant gas plants kicked in to cover shortfalls in hydropower production.

It marks a noteworthy rise from 45 bcm to 50 bcm that the country consumes each year and for which it pays between $12 billion (TL 114.03 billion) and $15 billion. Turkey imported 48.1 bcm of gas last year, up 6% from a year before, a third of which came from Russia.

Dönmez said he does not expect any supply problems this winter with the country’s policy of supply diversification, the growing number and capacity in natural gas and liquefied natural gas (LNG) entrance points, and with plans for the underground natural gas storage facilities, which are currently three-quarters full, to be at full capacity.

Unusually dry conditions since last year decreased the share of hydropower in Turkey to its lowest level in at least a decade. The share of dams and rivers in electricity generation, which usually offset spikes in power prices, fell below 20% in the first eight months of this year.

The record natural gas demand this year has pushed Turkey to rev up efforts to renew long-term contracts expiring this winter.

Plans to cover up to a quarter of its consumption from the 540 bcm of natural gas reserve it discovered in the Black Sea since last year from 2027 are also expected to strengthen its hand in negotiations.

Dönmez also discussed the plans for renewables being conducted through the Renewable Energy Resource Zone (YEKA) projects that will add 2,000 megawatts (MW) of wind and 2,500 MW of solar capacity.

He detailed the progressive rise in Turkey’s mining exports from $700 million in 2002 to $4.4 billion by this September.

“We expect our mining exports to reach $6.6 billion by the year-end,” Dönmez said, adding that the share of the mining sector in the gross domestic product (GDP) is projected to increase to 1.9% from 1.4% in the first half of 2021.