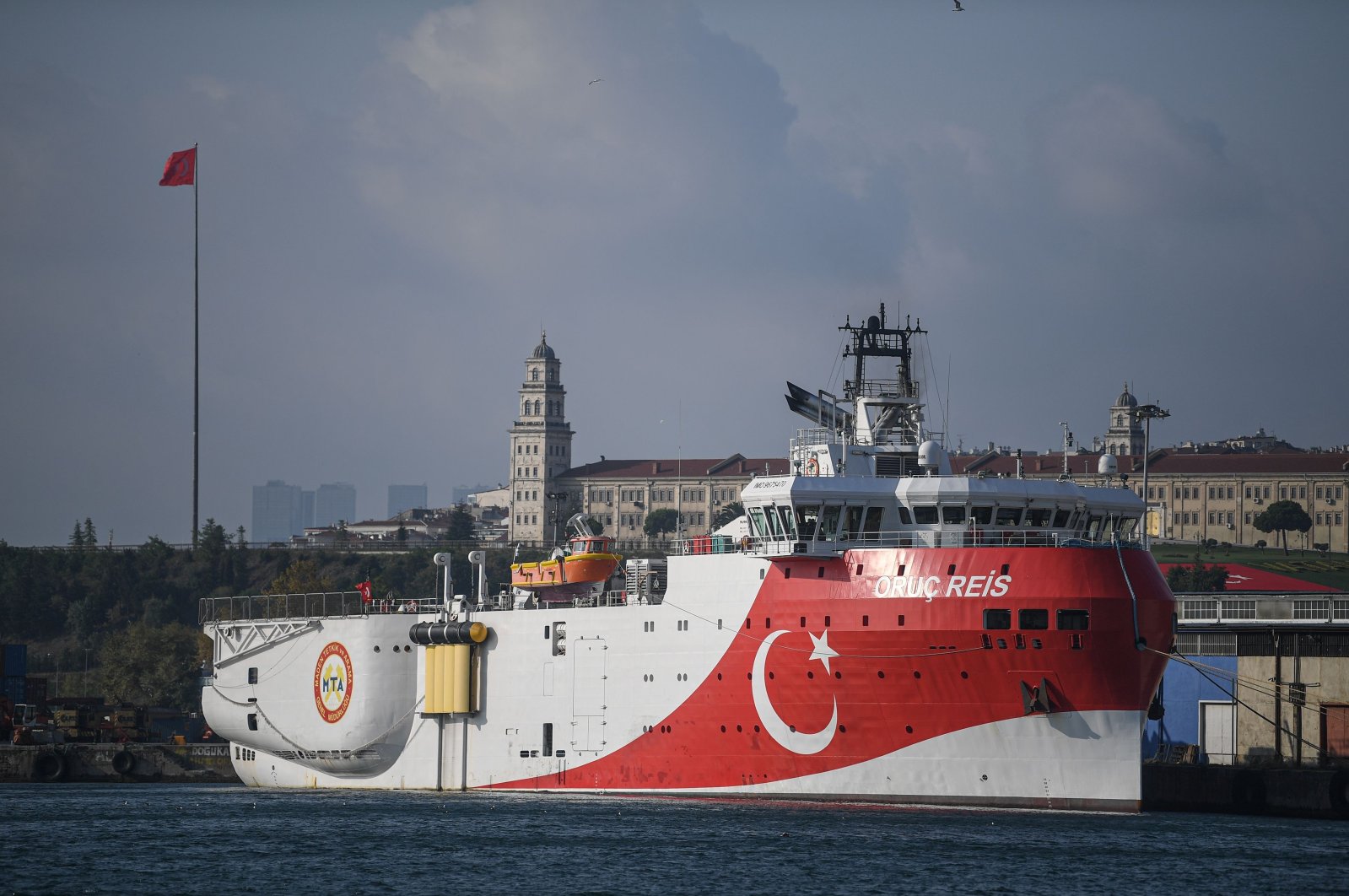 Turkey has issued a new navigational telex (Navtex) to extend the energy exploration activities of the Oruç Reis seismic research vessel and accompanying Cengiz Han and Ataman ships in the Eastern Mediterranean until Sept. 1, a statement by the Turkish Naval Forces (DzKK) Office for Navigation, Hydrography and Oceanography (OHNO) said Thursday.

Turkish warships have been protecting the fleet in the Eastern Mediterranean.

Last month, after Athens objected to Ankara's seismic survey in an area south of the island of Kastellorizo (Megisti-Meis), German diplomatic efforts helped defuse tensions between the two neighbors.

Turkey has long contested the Greek Cypriot administration's unilateral drilling activities in the Eastern Mediterranean, asserting that the Turkish Republic of Northern Cyprus (TRNC) also has rights to the resources in the region.