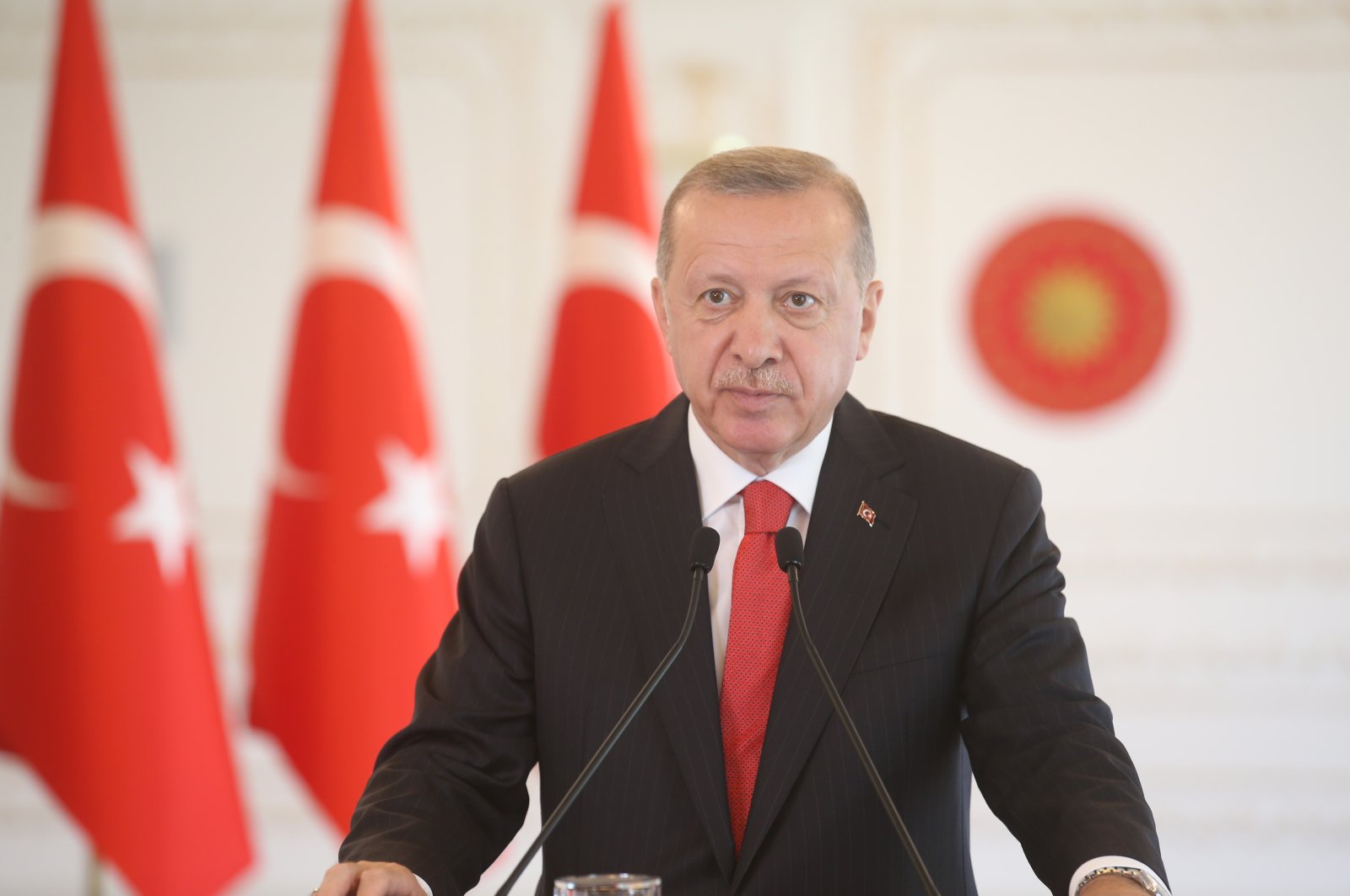 Erdoğan’s remarks came in a videoconference during a mass launching ceremony of hydroelectric power plants.

The president stressed that the hydroelectric plants, which will add to Turkey’s energy, were symbols of development and growth.

He stressed that Turkey was among the leading countries in renewable energy in the world.

The president further said the country will open its very first national integrated solar panel factory in August as part of its efforts to strengthen the nation's power grid.

"We ensured over $100 billion has been invested in energy by the public and private sectors over the past 18 years" since the ruling party came to power, Erdoğan said.

In the first five months of 2020, Turkey boosted its electricity production from domestic and renewable sources to 66%, he said, adding that last year Turkey was second place in Europe in the production of electrical energy based on renewable resources.

Also speaking at the event, Energy and Natural Resources Minister Dönmez said Turkey was second in Europe in terms of hydraulic installed power.

“Step by step, we are moving to be a leader,” Dönmez said, adding that the country has jumped to third place in Europe in renewable energy capacity growth since 2017, when the country announced its national energy and mining policy.

He said the country has put into use 52 hydroelectric plants in 26 different cities over the last two years.