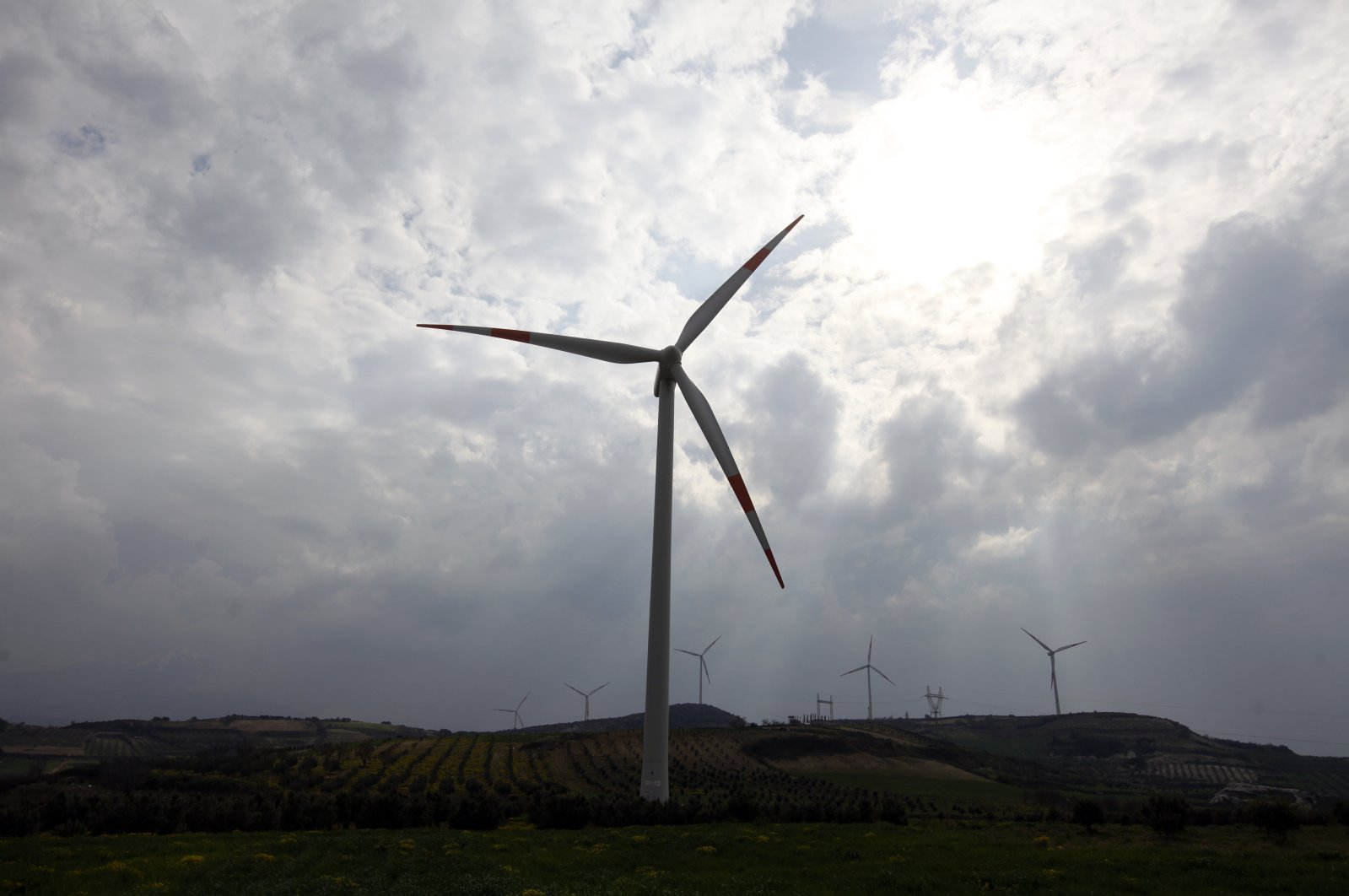 Wind turbines are seen in the Samandağ district of Hatay in southern Turkey. (Reuters Photo)
by DAILY SABAH May 26, 2020 9:53 pm
RECOMMENDED

Sunday marked the beginning of the three-day Ramadan Bayram holiday, better known as Eid al-Fitr. Turkey had imposed a four-day curfew over the holiday from May 23 to 26 to curb the spread of the coronavirus pandemic.

"On May 24, we achieved a new record in daily production by generating 90% of our electricity from domestic and renewable resources," Fatih Dönmez said on his Twitter account, while he didn't specify the amount of the electricity generated in the day.

"Our National Energy continues to renew and our investments bear fruit," Dönmez said.

Hydro plants constituted the largest percentage of 43.7%, while local coal plants contributed 16.5% to electricity generation, according to the minister.

The majority of the output came from hydroelectricity plants at 119,335 megawatt-hours. Run-of-river plants and hard coal followed with 96,201 megawatt-hours and 73,170 megawatt-hours, respectively, the data showed.