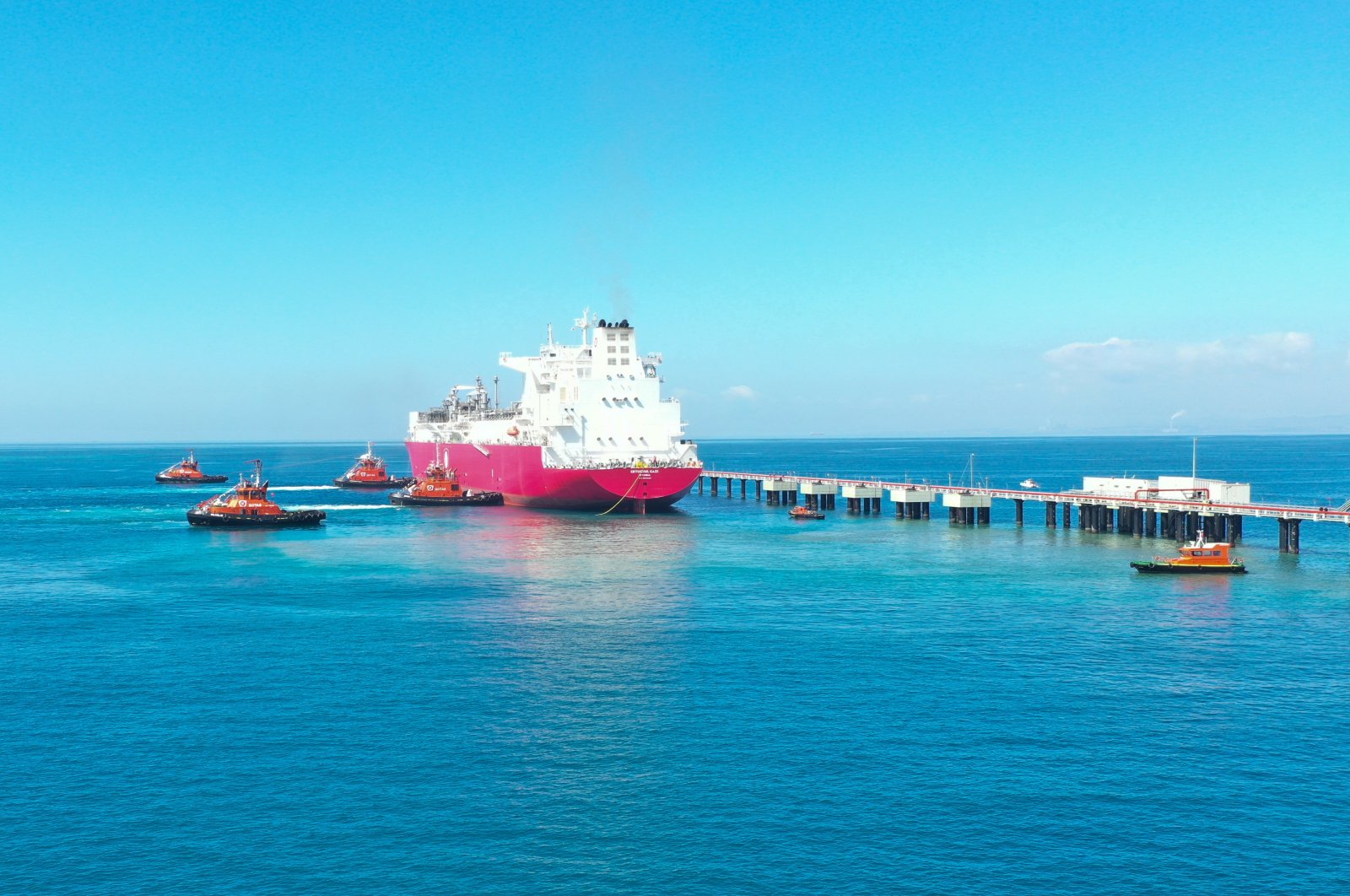 The ceremony for the Ertuğrul Gazi will be presided over by President Recep Tayyip Erdoğan, Dönmez told a meeting in the capital, Ankara.

The FSRU arrived in late April and is anchored at the port in Dörtyol in Turkey’s southern province of Hatay.

Dönmez said Ertuğrul Gazi would be the first FSRU ship to fly the Turkish flag.

The vessel has been named after the father of Osman I, the founder of the Ottoman Empire.

Owned by Turkey's state-owned crude oil and natural gas pipeline company, BOTAŞ, the vessel will connect to facilities in Hatay province and be able to meet the household energy demand of the Hatay and Osmaniye provinces for one year.

Ertuğrul Gazi joins other two FSRUs in the country.

One is anchored in the industrial Aliağa district of western Izmir and the other is also in Hatay’s Dörtyol district.

In 2019, the larger capacity FSRU in Aliağa had replaced Turkey’s first FSRU that entered service in 2016.

Solar energy breaks record in May

Dönmez also spoke of Turkey’s ongoing efforts to add more renewables and local energy resources to its energy mix through public and private sector cooperation along with collaboration with universities.

“We managed to break several records in renewable energy in 2021 when 96.8% of installed capacity that came online in the first five months of the year came from renewable resources,” he said.

In May, Turkey broke a monthly solar energy record when the country produced 1,468 gigawatt-hours of solar power, marking a 5.8% share of overall power production.

Dönmez also noted that mining has quadrupled its contribution to the country’s gross domestic product (GDP) over the past 10 years, reaching TL 46.7 billion from nearly TL 11-12 billion.

This mining share now stands at 1.1%, but according to Dönmez, this will increase in the coming years.

The share of mining out of total exports reached 2.52% from 2.39% a year ago, showing the sector’s resilience to tough conditions like COVID-19, he said.

“We will continue to be in close contact with representatives from the sector and provide any public sector support for its expansion,” he concluded.