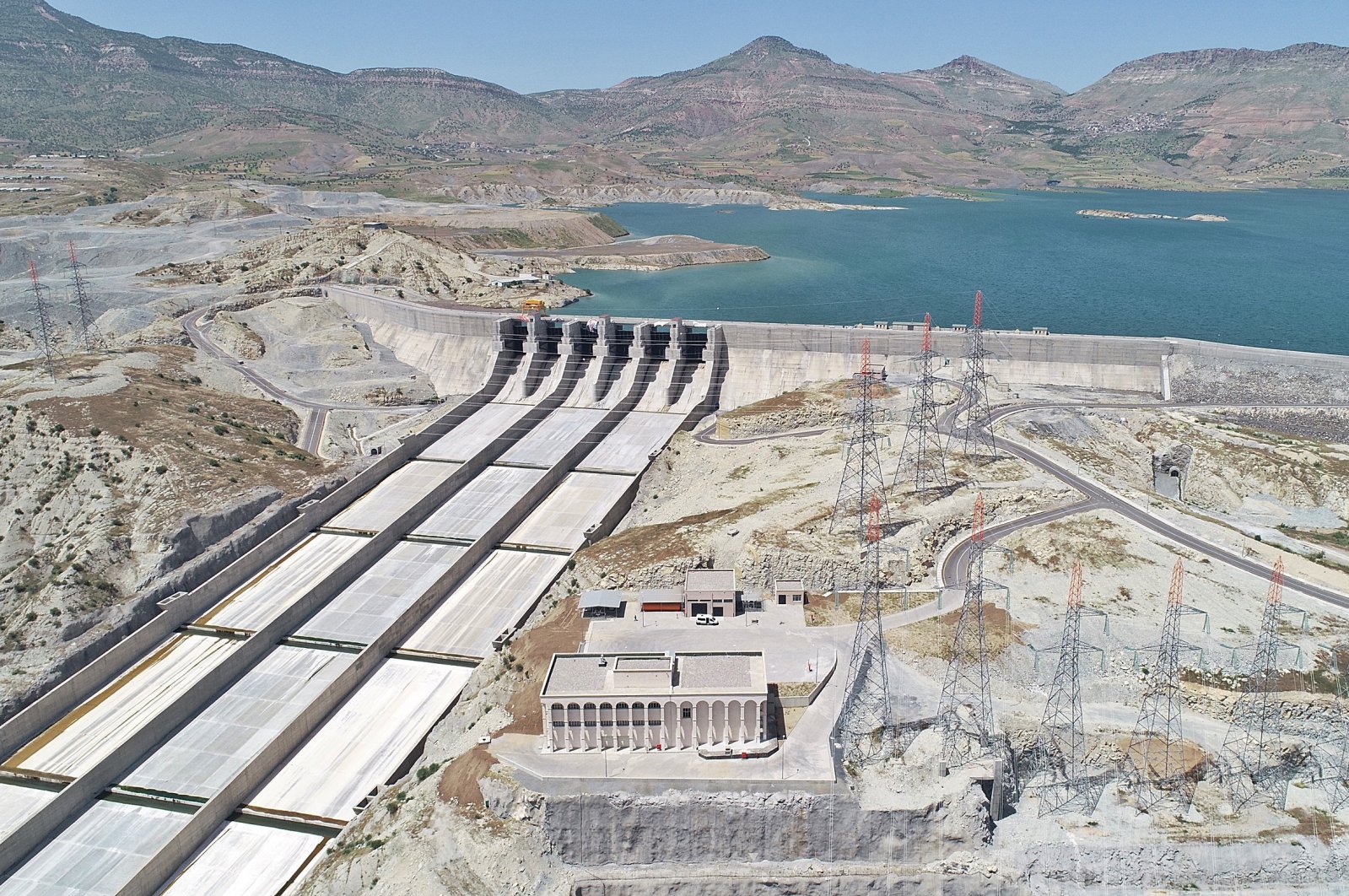 Turkey on Sunday launched the third turbine at the Ilısu Dam along the Tigris River in the southeastern province of Mardin.

Turkey's fourth-largest dam, Ilısu will contribute TL 2.8 billion ($412 million) to the Turkish economy annually and is expected to generate 4.1 billion kilowatt-hours of electricity per year.

Since the launch of the first of the six power turbines on May 19, the dam has generated 200 million kilowatt-hours of electricity.

Haluk Koç, district governor of Hasankeyf, where the dam is located, said the historical artifacts that had to be relocated in Hasankeyf due to dam construction will be open to the public soon after renovation work is completed.

Koç said a project to be awarded by the State Hydraulic Works (DSI) would prepare a new landscape for all relocated historical structures, from an 800-year-old bathhouse to an Ayyubid mosque, to be exhibited in the new Hasankeyf, to be built nearby, on higher ground.

He said the project is expected to be finalized at the end of 2021.

Ilısu, a project carried out within the framework of the Southeast Anatolian Project (GAP) to boost development in the region, is by volume the second-largest dam in Turkey after the Atatürk Dam, whose reservoir has a capacity of 48 billion cubic meters of water and was completed in 1992.

According to an earlier statement by Agriculture and Forestry Minister Bekir Pakdemirli, Turkey’s 587 hydroelectric power plants, all of which have come into service in the last 18 years, have generated 895 billion kilowatt-hours (kWh) of electricity, contributing nearly TL 233 billion to the country’s economy.

The energy generated at Turkey's three largest hydroelectric power plants – the Atatürk, Karakaya and Keban dams – increased by 106% in 2019 compared with the previous year, and the three have contributed over TL 400 billion to the Turkish economy since their inaugurations, previous data by the DSI showed.

The Atatürk Dam alone has contributed more than TL 150 billion to the Turkish economy over 26 years, according to 2019 data, while the Karakaya Dam has generated TL 93.8 billion for the economy since its inauguration. The third-largest hydroelectric power plant, Keban Dam, contributed TL 157.3 billion in over 45 years.