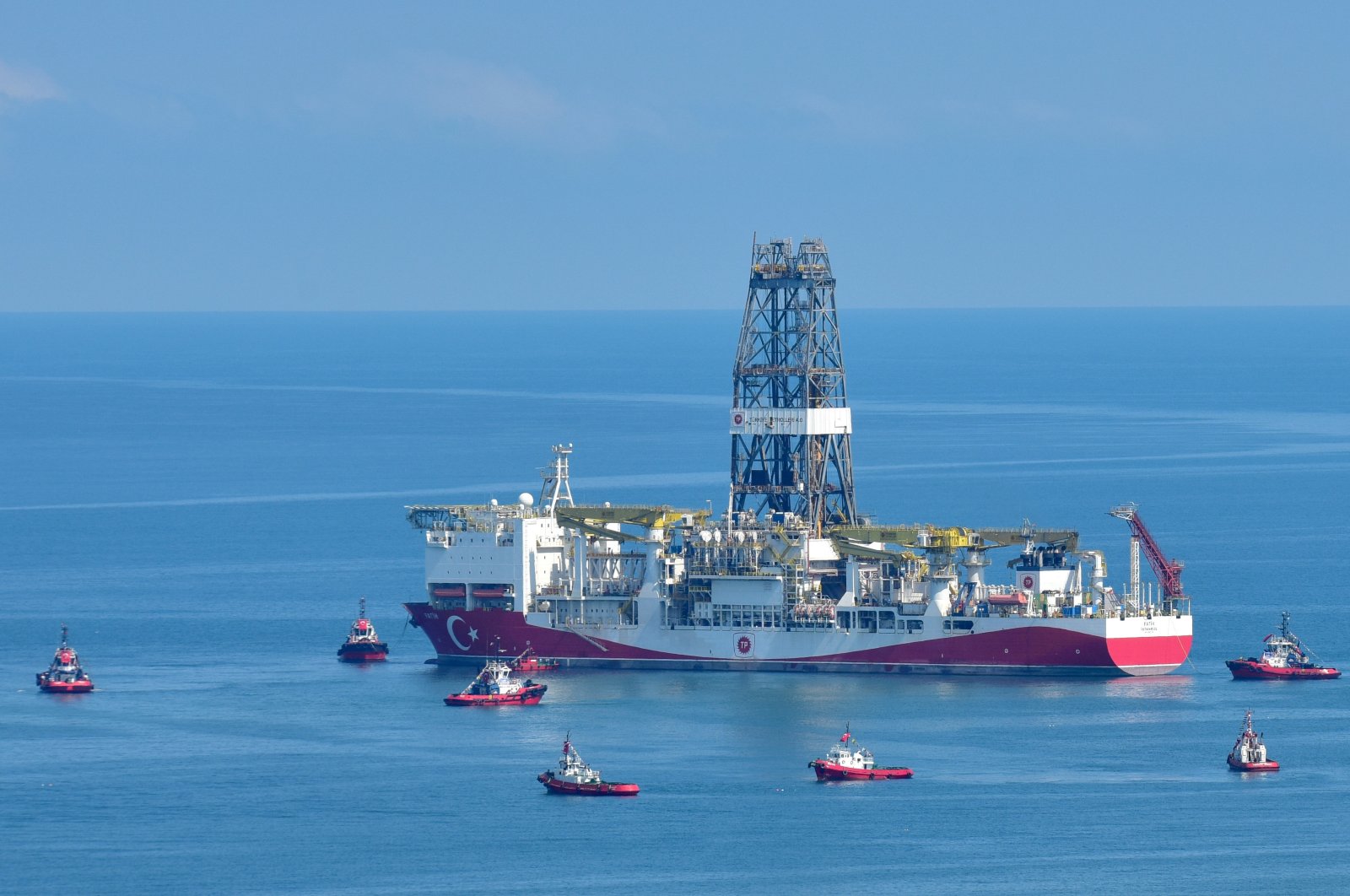 President Recep Tayyip Erdoğan on Wednesday said he will announce a new figure for the gas reserves that the country discovered in the Black Sea when he visits Turkey’s first oil and gas drilling vessel, Fatih, on Saturday.

In August, Erdoğan unveiled the discovery of a 320 billion-cubic-meter (bcm) field in the Black Sea about 100 nautical miles north of the Turkish coast.

“By going to our drillship Fatih on Saturday, we will both personally witness the efforts on site and announce the amount of the new reserve,” he told the parliamentary group of the ruling Justice and Development Party (AK Party) in the capital Ankara.

The drillship Fatih had made the country "very happy” with its gas find, Erdoğan said.

He added more good news on natural gas reserves would come from the vessel's ongoing activities in the region.

Erdoğan also said the country’s third drillship, Kanuni, had set off toward the Black Sea to begin operations there.

Energy and Natural Resources Minister Fatih Dönmez last week said the vessel would begin exploration activities in the region in the first months of 2021.

It was not clear whether Kanuni would operate in the same field as Fatih.

The president’s remarks follow recent reports that the country was preparing to revise upward its estimate of its gas discovery in the Black Sea.

The field is located in the Tuna-1 location of the Sakarya Gas Field in the Black Sea.

One source close to the matter told Reuters on Wednesday that the first gas flow from the Black Sea was planned for January 2023 with an annual gas flow of 15 bcm envisaged from 2025.

The current expectation of an additional 80 bcm of reserves as well as the result of two more important layers is set to be announced, the source said.

"It is anticipated that there will be a very serious find there. There are many new areas that have been identified in the Black Sea," he said.

The source added that after the initial gas find was announced there were requests from two big Western companies to participate in joint production and extraction, but it was decided that the Turkish Petroleum Corporation (TPAO) will operate the field on its own.

The Turkish government is about to disclose a “sizable revision” to the initial estimate, sources with direct knowledge of the plans told Bloomberg Friday.

Turkey currently imports nearly all of its energy needs and the discovery is promised to help drive down its current account deficit.

Dönmez on several occasions said data suggested more natural gas would be found as drilling continues deeper under the seabed.

A senior energy ministry official in September said that Turkey hopes to announce the new discovery in October.