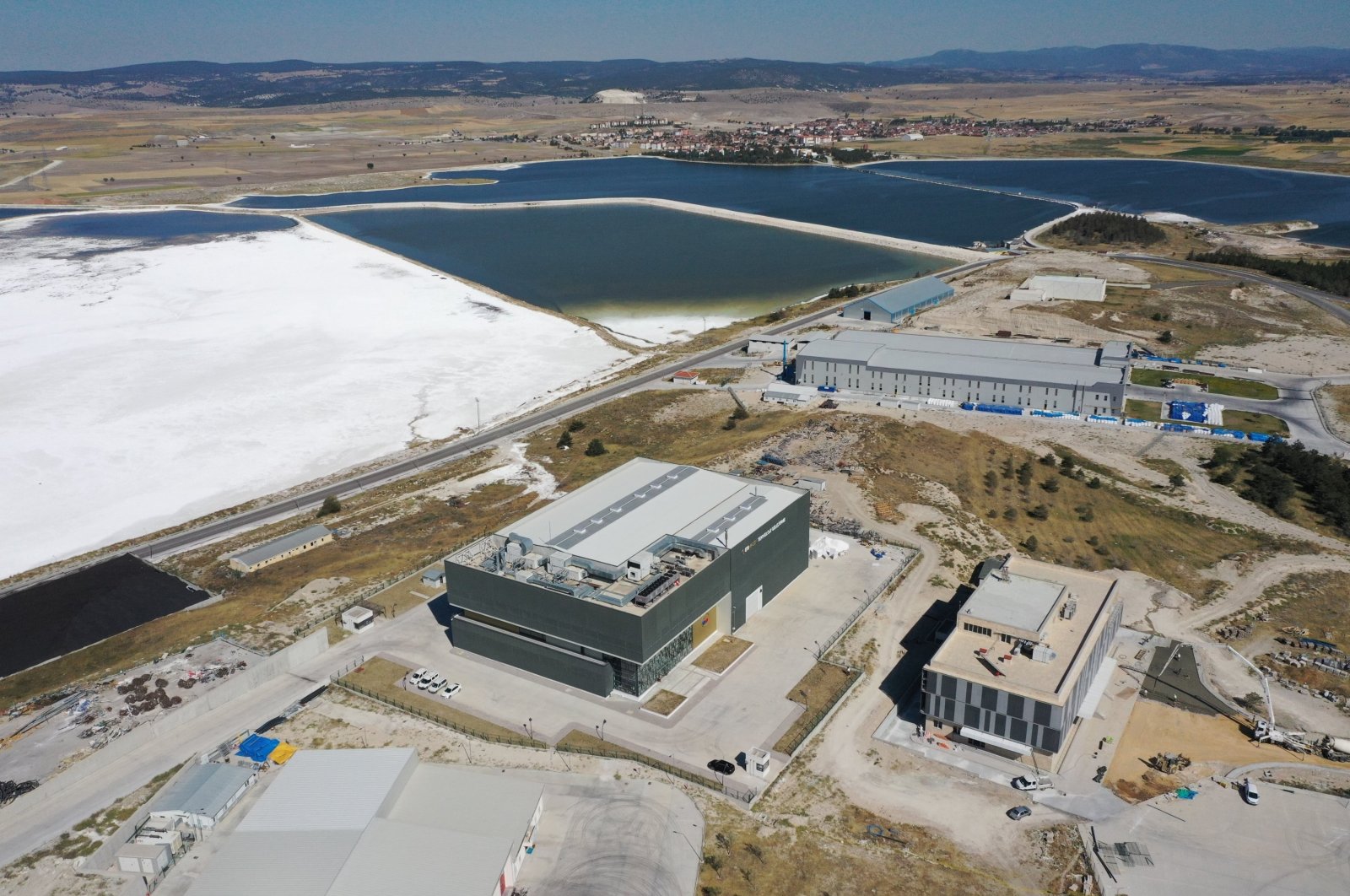 The facility where lithium will be produced from boron resources in the northwestern province of Eskişehir, Turkey, Oct. 12, 2020. (AA Photo)
by DAILY SABAH WITH AA Dec 24, 2020 2:34 pm
RECOMMENDED

Jordan to sign US-backed deal to supply Lebanon with electricity

The inauguration of Turkey's pilot lithium production plant will take place on Saturday.

The related information was shared by Energy and Natural Resources Minister Fatih Dönmez on Wednesday.

Lithium from the Eti Maden pilot lithium production plant in the country's northwestern province of Eskişehir will be used in components in Turkey’s first domestically manufactured electric car under the stewardship of Turkey's Automobile Joint Venture Group (TOGG), Dönmez explained via videoconference during the Mining Council Preliminary Workshop in the capital Ankara.

The plant, which President Recep Tayyip Erdoğan will preside over on Saturday via videoconference, will help supply the local market by eventually producing an annual average of 1,000-1,200 tons of lithium and compounds that previously needed to be imported.

Turkey's initial lithium production from boron sources will start at about 10 tons per year but is expected to rise to nearly 600 tons in the coming years, according to Dönmez.

By 2030, TOGG will produce and own the intellectual and industrial property rights of five different electric vehicle models in Turkey – SUV, b-SUV, sedan, c-hatchback and b-MPV.

Turkey in July this year laid the foundation of the factory in the northwestern province of Bursa where the cars will be manufactured.

Once completed, the facility will have the capacity to produce 175,000 vehicles per year.

Earlier this month, the country also laid the foundation of its first lithium-ion battery production facility in the central province of Kayseri.

The sprawling facility, comprising of a closed area of 24,000 square meters (nearly 6 acres) in an organized industrial zone in the eastern outskirts of the city of Kayseri, is planned for completion next year.

The facility will be established by Aspilsan Energy, which is owned by the Turkish Armed Forces Foundation with a 98% share.

The lithium-ion battery production facility looks to lower the country’s dependence on foreign resources in the field of energy storage.

Jordan to sign US-backed deal to supply Lebanon with electricity