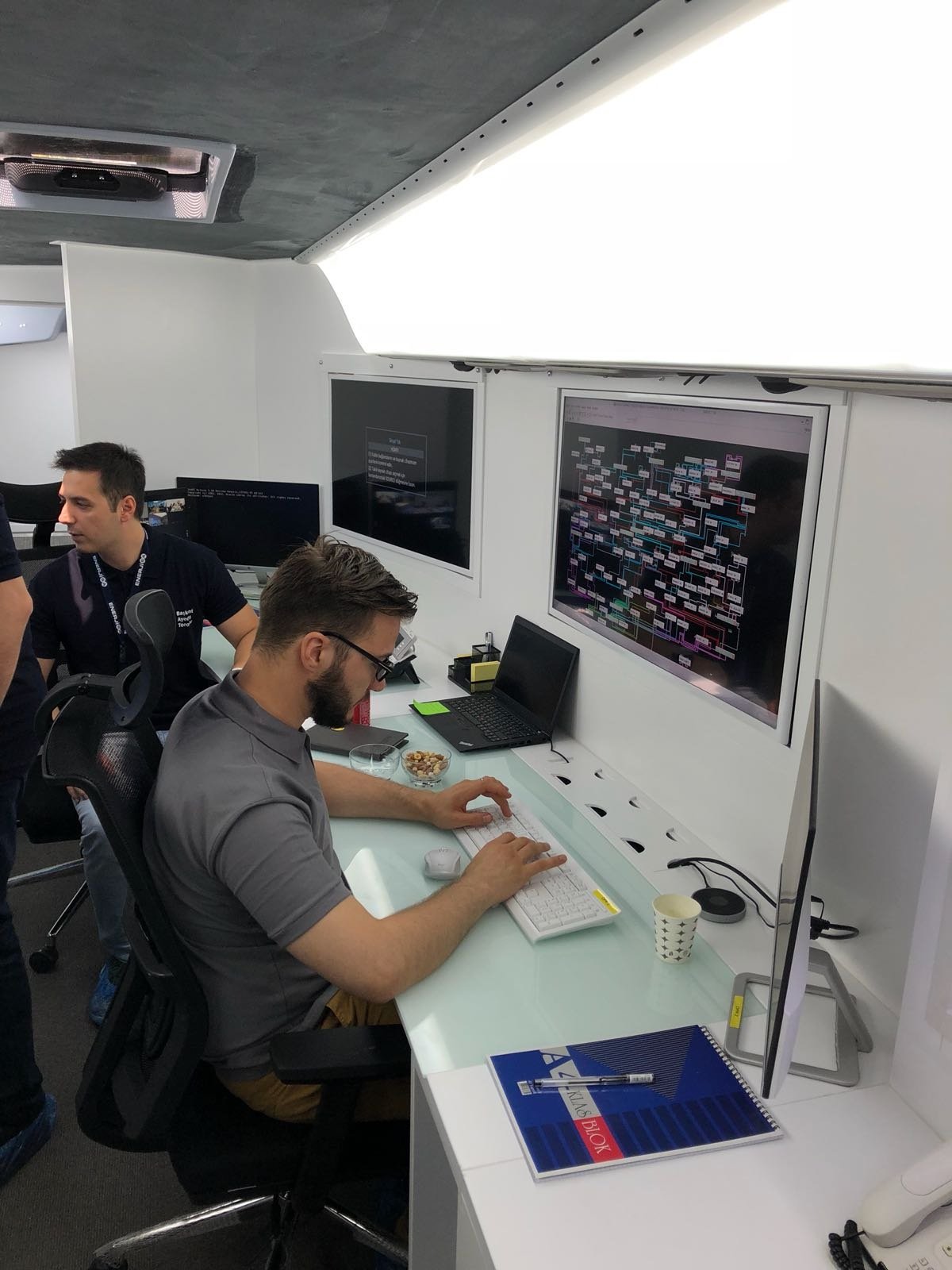 Employees work in front of a mobile SCADA system developed by Enerjisa engineers on Dec. 3, 2020. (Photo by Enerjisa via AA)
by Anadolu Agency Dec 03, 2020 2:05 pm
RECOMMENDED

Turkey will now be able to remotely control its electricity grid in the event of major disasters, including terrorist attacks and earthquakes, with a new mobile Supervisory Control and Data Acquisition (SCADA) system developed by Turkish energy company Enerjisa.

"We have seen once again how vital sustainable energy supply is for critical infrastructure systems such as health, telecommunications, transportation and security during catastrophic periods," he said.

The new system designed by the Enerjisa Distribution Company was developed to prevent power outages during natural disasters such as earthquakes, floods and storms, and also to be used in catastrophes like epidemics or chemical, nuclear or terrorist attacks, during which access to built-in SCADA systems could be blocked.

The bus has control and operator rooms equipped with touch control panels, security cameras, solar energy panels and a generator to power the system.

It also has air conditioners that cool the integrated devices and provide safe ventilation in addition to a bathroom, rest area and kitchen for longer stays.

Pınar said that being able to command and control electricity distribution remotely, regardless of location, "is revolutionary for infrastructure systems and is a testament to the intensive research and development (R&D) studies that took place to ensure the security of the critical infrastructure."

Highlighting the evolving and diversifying risks for energy security, Pınar said it was difficult to predict the disasters but affirmed that "we should know what to do when it comes."