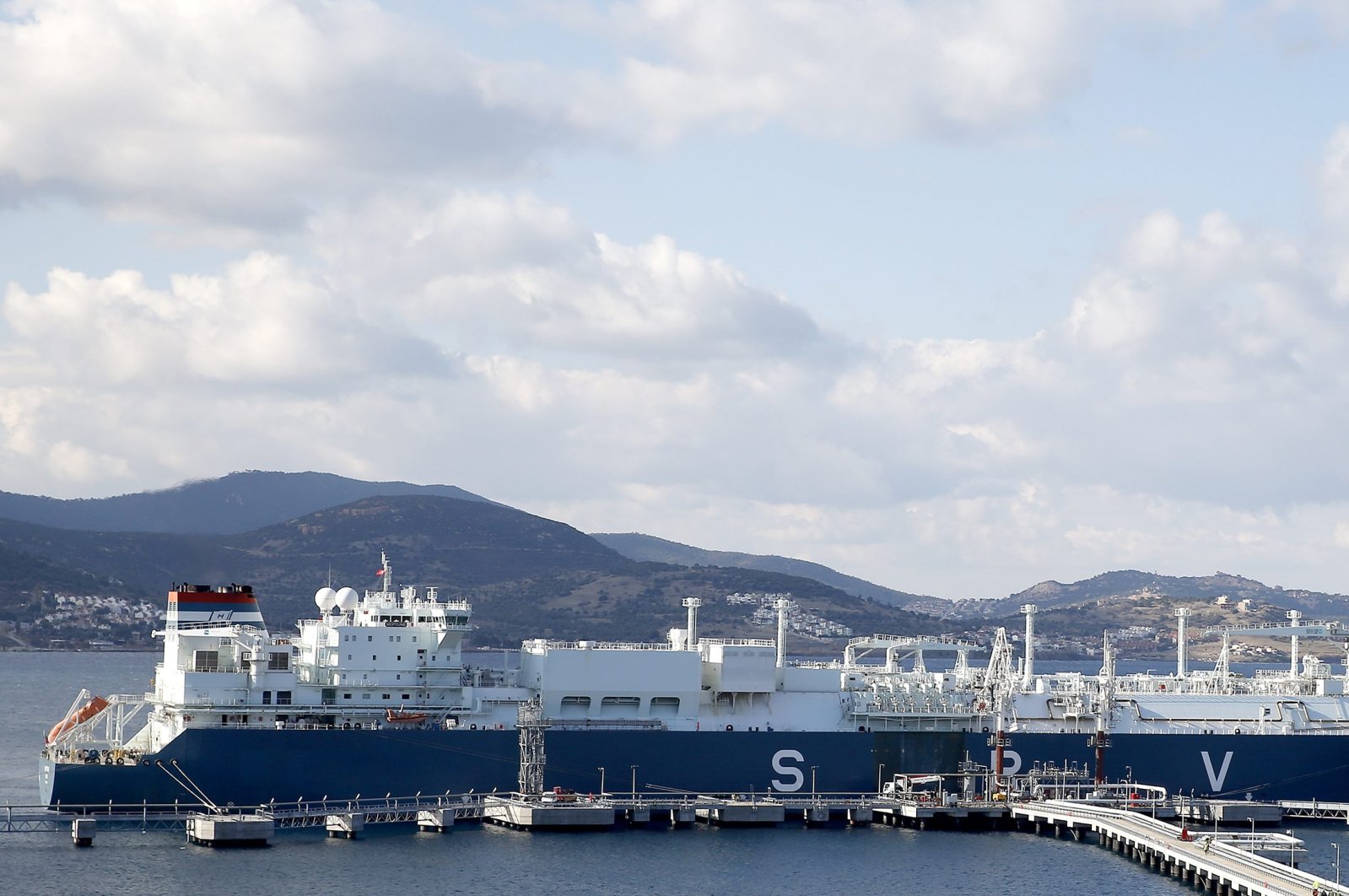 The Turkish-U.S. relationship in the energy sector is seeing a kind of renaissance, participants at a virtual conference said Monday.

Speaking at a program as part of the 38th American-Turkish Conference, James Jones, honorary chair of the U.S.-Turkey Business Council, said, “There are some least reasons for optimism, because, despite the pandemic and the turbulence in the energy market, the U.S. and Turkey energy relationship is experiencing a renaissance of sorts.”

The energy sector, according to him, has good opportunities to boost bilateral ties, including liquefied natural gas (LNG), pipeline projects in Central Asia and Iraq, renewables, and most recently Turkey's natural gas discovery in the Black Sea.

Energy, indeed, continues to play an important role in U.S. foreign policy as it always has, and finding a sustainable market for U.S. LNG is key. Meanwhile, in search of diversifying its supply channels, Turkey has increased its share of U.S. LNG imports, in line with investments made in recent years in the field. With the increase of the U.S. LNG share, along with the increase of the shares of other LNG supplies, Turkey aimed to reduce pipeline gas imports, like those purchased from Russia, strengthening and reshaping its energy policies.

Turkey’s pipeline gas imports fell by 22.8% while LNG imports grew 44.8% during the first half of the year, according to data by Energy Market Regulatory Authority (EPDK).

Turkey is not only emerging as an important energy trading partner but also as a key actor for energy stability and energy supply security in the region, constituting a large market that has the potential of expanding further, especially with the latest natural gas discovery.

Jones, also touching upon other issues, said technology and secure 5G can also unlock the level of cooperation between the two countries as NATO allies, as their commitments are to develop secure and safe communication, which is extremely important.

Another area ripe for cooperation is in the field of health care, he said, adding that especially personal protective equipment (PPE) presents a great opportunity.

He stressed, “Turkey is a crucial producer of extremely high-quality medical gear that can be an important source of bilateral trade.”

Even the coronavirus pandemic has not turned out to be an obstacle for trade ties between Turkey and the U.S., as the country has been one of the few countries that consistently increased its imports from Turkey this year.

Turkey’s exports to the U.S. reached $5.56 billion (TL 42.5 billion) from January through July, according to Trade Ministry data, enabling the U.S. to jump three places and rank second among Turkey’s top export markets.

He added that one of the big aims of American politics is a desire to reduce China's influence in the U.S.' trading patterns, adding that this opens up a potential opportunity for U.S. trade and strategic relations.

"In my view, Turkey and the U.S. are viable alternatives to the development projects funded by China's Belt and Road Initiative," Jones said.

He concluded by saying both sides should listen to each other with open minds toward the $100 billion trade volume target set by the two countries.

The pandemic has profoundly reset the global economic order, said Nail Olpak, the chair of Turkey's Foreign Economic Relations Board (DEIK), stressing his belief in the resilience of the global economy and the private sector's sound stance to overcome challenges.

Saying that the world is restructuring its supply chains in various sectors, Olpak added, "There is a shift away from one or a limited supply chain, not just in the U.S. but globally, because COVID-19 lockdowns forced businesses to confront the risks and challenges of over-reliance on a single country for supplies and materials."

Having just one or limited suppliers carries more risk than we previously thought, Olpak warned.

"We know that many firms in America and around the world are looking for alternatives, and Turkey stands ready to step into that role," he stressed.

Touching on Turkey's strong manufacturing base and reputation for high-quality products, Olpak stressed the geographic attractiveness of the country, as the gateway between the East and the West. The world has realized that logistics is not only about distance, he noted.