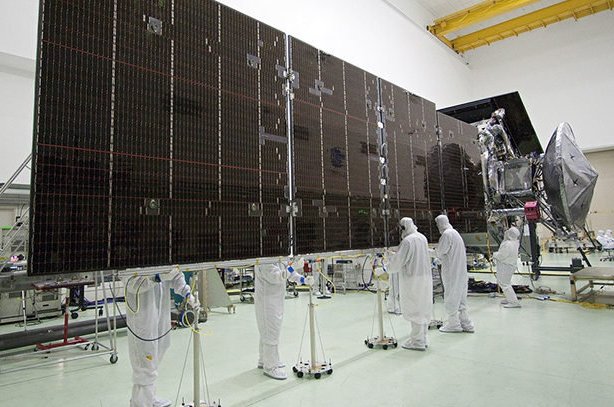 Turkey’s first integrated solar panel manufacturing facility is scheduled to come into operation next month in the Ankara industrial zone.

According to a statement by Kalyon Group, the investor of the project, the facility has a significant place in Turkey's national energy policy.

"This facility will produce the 1,000-megawatt (MW) panels for the Karapınar solar power plant. The plant will be built using 70% locally sourced components. When Karapınar plant is operational, the share of solar energy in Turkey’s electricity production will increase by 20%. With the manufacture of solar panels in this facility and the electricity production in the Karapınar plant, Turkey’s annual deficit will decrease $400 million (TL 2.7 billion),” said Cemal Kalyoncu, Kalyon Holding’s board chairman.

Kalyoncu added that the group will establish a research and development center in the integrated solar panel manufacturing facility. Around 100 engineers will be employed in the center, he noted, which will "play an important role in Turkey’s national technology production."

The facility will be inaugurated in August. It will be the first integrated solar panel manufacturing facility in Europe and the Middle East with an annual solar panel production capacity of 500 megawatts. Kalyon Group plans to employ 1,400 in the facility.

Kalyoncu also said that 1.5 million tons of carbon dioxide emissions will be prevented every year with the Karapınar solar power plant. The group plans to invest approximately $1 billion in the plant.

Turkey's renewable energy capacity has registered a remarkable surge over the last decade, with a steady increase of 11% per year amid a 7% annual capacity rise in other fuels for power generation, according to statistics from February 2020.

Also, since the opening of the rooftop solar market in Turkey in 2019, the number of applications reached more than 2,000 with an installed capacity of more than 750 megawatts.