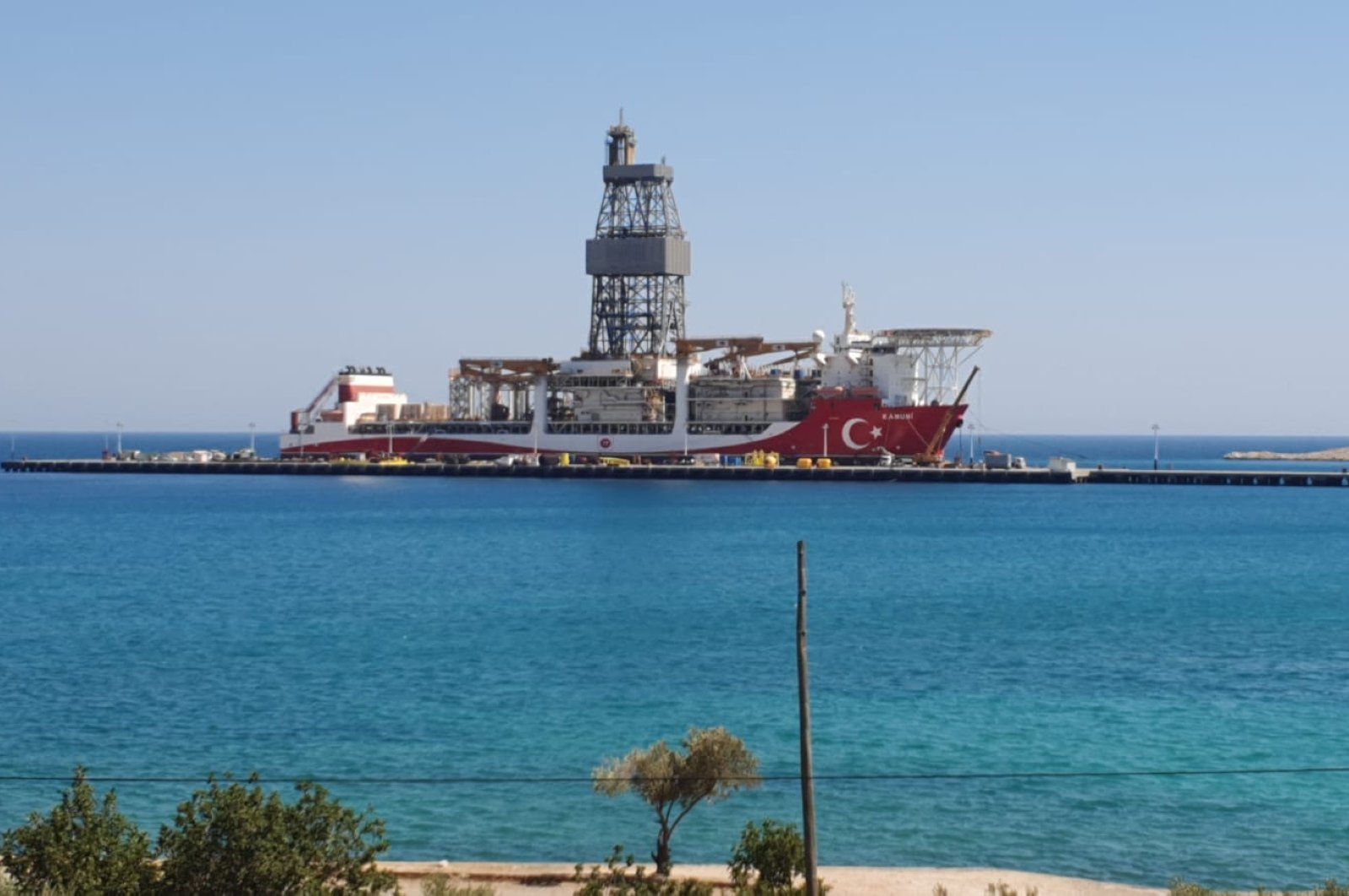 Turkey’s third oil and natural gas exploration and drillship, Kanuni, is counting the last days before it departs for the Eastern Mediterranean.

Having been docked at the NATO port in Incekum in the Silifke district of Mersin province in southern Turkey since March 15, Kanuni has been painted in the national colors, red and white, and a Turkish flag was placed on it.

Its maintenance, upgrade and development works are said to be almost complete and the vessel will soon be ready to set sail for its Eastern Mediterranean mission, according to Demirören News Agency (DHA). It will join the duo of Fatih and Yavuz to boost Turkey’s seismic explorations.

Prior to Turkey’s procurement, the drillship had been sitting idle at a Welsh port town for nearly two years. It has an estimated market value of $120 million (over TL 896 million). Turkey reportedly bought the drillship for nearly $40 million.

The name Kanuni, which means the "lawgiver" in Turkish, stems from Suleiman I, also known as Suleiman the Magnificent. Suleiman I was one of the greatest sultans that ever ruled the Ottoman Empire. He was the 10th and longest-reigning sultan of the Ottoman Empire, ruling from 1520 until his death in 1566.