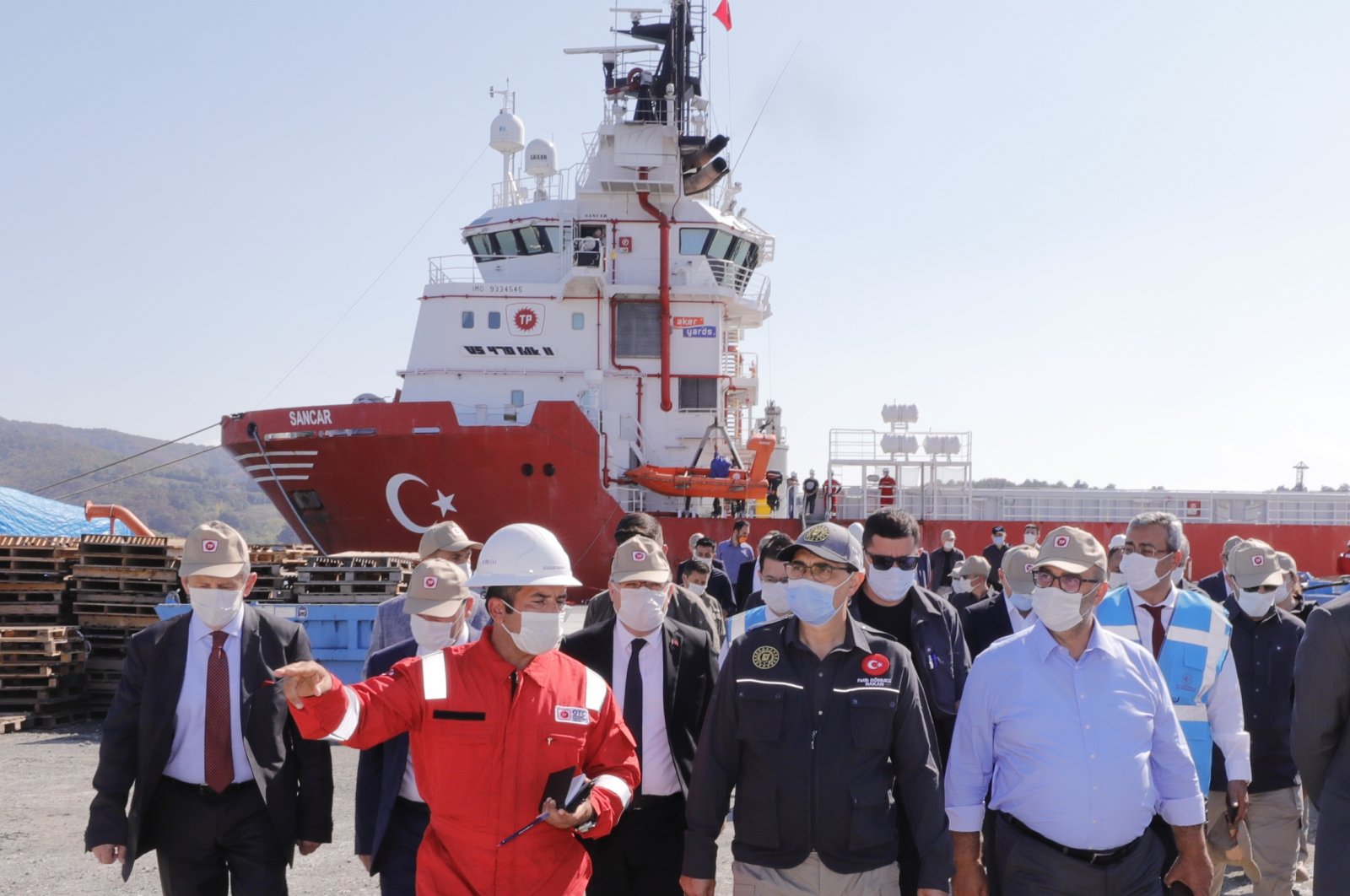 Dönmez said the vessel will be operating alongside the drillship Fatih, which made the country’s recent largest-ever natural gas discovery. The minister also reiterated previous statements regarding the discovery of several layers below the first and second layers, where the gas was found, and that the amount of gas could be revised upward depending on the results of further exploration.

He said that drilling work on the third and fourth layers has been completed, and the tests are ongoing. “When those are also completed, then, hopefully, we will share an additional discovery with our citizens according to the results”

The drillship Kanuni, which was included in the fleet this year, is currently at the Port of Taşucu in southern Turkey’s Mersin province where its reactivation process is ongoing, the minister said. The ship is to set sail on Oct. 10 to anchor at the historical Haydarpaşa Port on Istanbul’s Asian side. The tower dismantling process will be carried out there to allow the vessel to pass under all three bridges spanning the Bosporus.

It will then be transferred to the Port of Filyos in Zonguldak province in the west Black Sea region in the country’s north at the end of November. “We expect the tower to be reassembled and maintained there. Hopefully, it will start its operation in the first months of next year,” Dönmez said.

In August, President Recep Tayyip Erdoğan announced that the country's drillship Fatih found some 320 billion cubic meters (11.3 trillion cubic feet) of natural gas in the Black Sea in the vessel’s ninth round of deep drilling. The gas was found in the Sakarya Gas Field’s Tuna-1 well located around 170 kilometers (105 miles) offshore in the Black Sea at a depth of 2,100 meters (6,890 feet).

Commenting on the Port of Filyos project, Dönmez said that it will serve as one of the country’s mega logistics centers in the west Black Sea region.

Dönmez pointed out that with the arrival of the drillship Kanuni, maritime traffic in the Port of Filyos is expected to rise.

Expressing that they are currently using only a part of the port, he said, following the work by the Transportation and Infrastructure Ministry, the port will start functioning at its full capacity soon.

“The depth at the port is quite high, and the draft of our drilling ships is also very high,” Dönmez said, highlighting that the port will make the fulfillment and maintenance works of the ships much easier.

Before Turkey’s procurement, the drillship had been sitting idle at a Welsh port town for nearly two years. It has an estimated market value of $120 million (TL 925.4 million). Turkey reportedly bought the drillship for nearly $40 million.