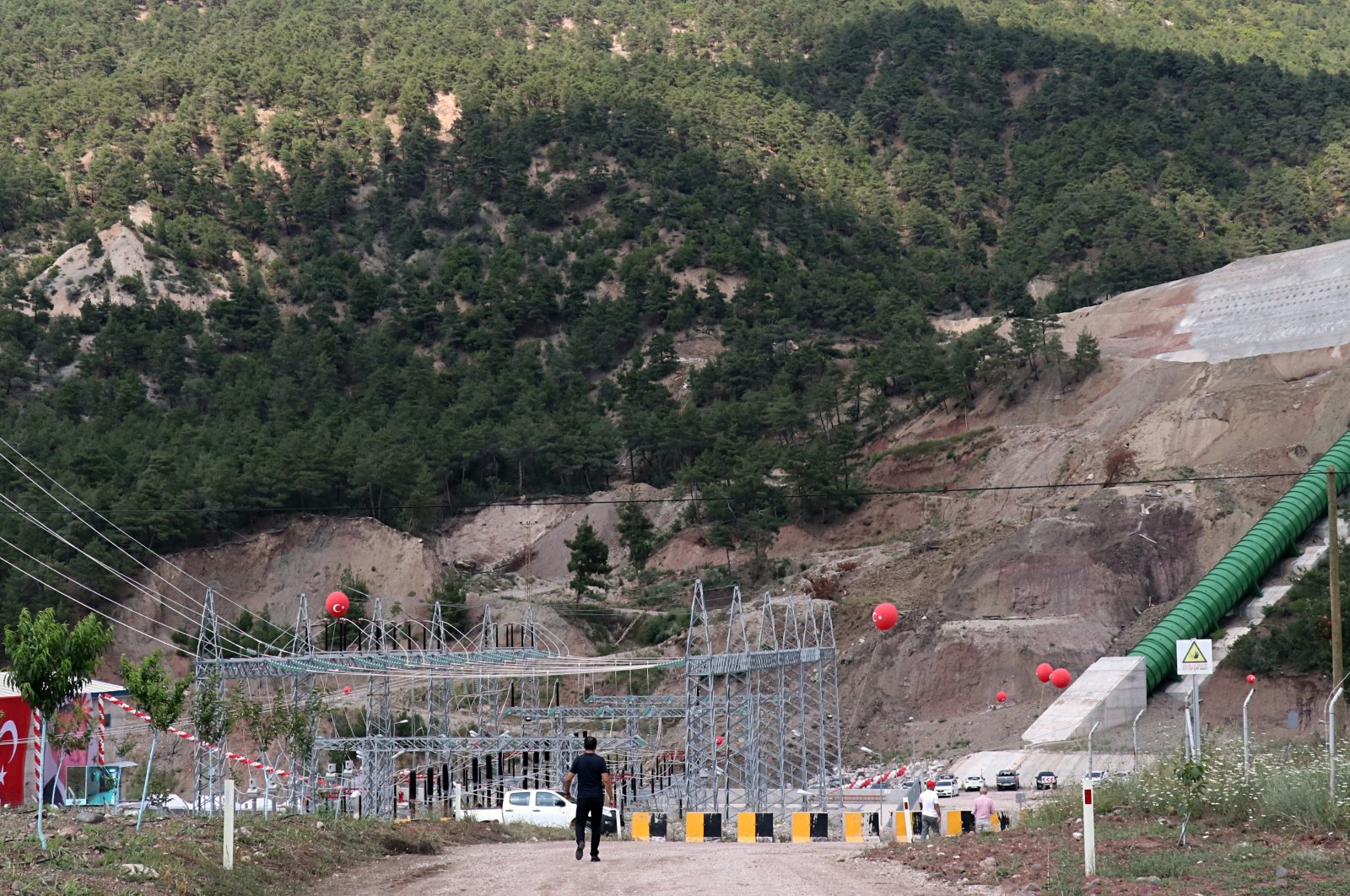 Electric networks are seen near a hydroelectric power plant in Turkey’s northern province of Tokat, July 5, 2020. (AA Photo)
by DAILY SABAH WITH AA Jul 22, 2020 9:30 am
RECOMMENDED

Turkey’s daily electricity consumption hit a new record high with 934,482 megawatt-hours (MWh) on Tuesday, according to the official figures of the Turkish Electricity Transmission Corporation (TEIAŞ) released on Wednesday.

Electricity production totaled 932,976 MWh on Tuesday, beating the previous record of 927,648 MWh on July 7. It also marked a 2.2% increase on Tuesday compared to Monday.

The majority of the output came from natural gas plants at 236,426 MWh. Imported coal and hydroelectricity power plants followed with 202,585 MWh and 184,214 MWh, respectively.

In the first five months of 2020, the country boosted its electricity production from domestic and renewable sources to 66%.

On May 24, it saw an all-time daily record as local and renewable resources accounted for 90% of the country's electricity generation.