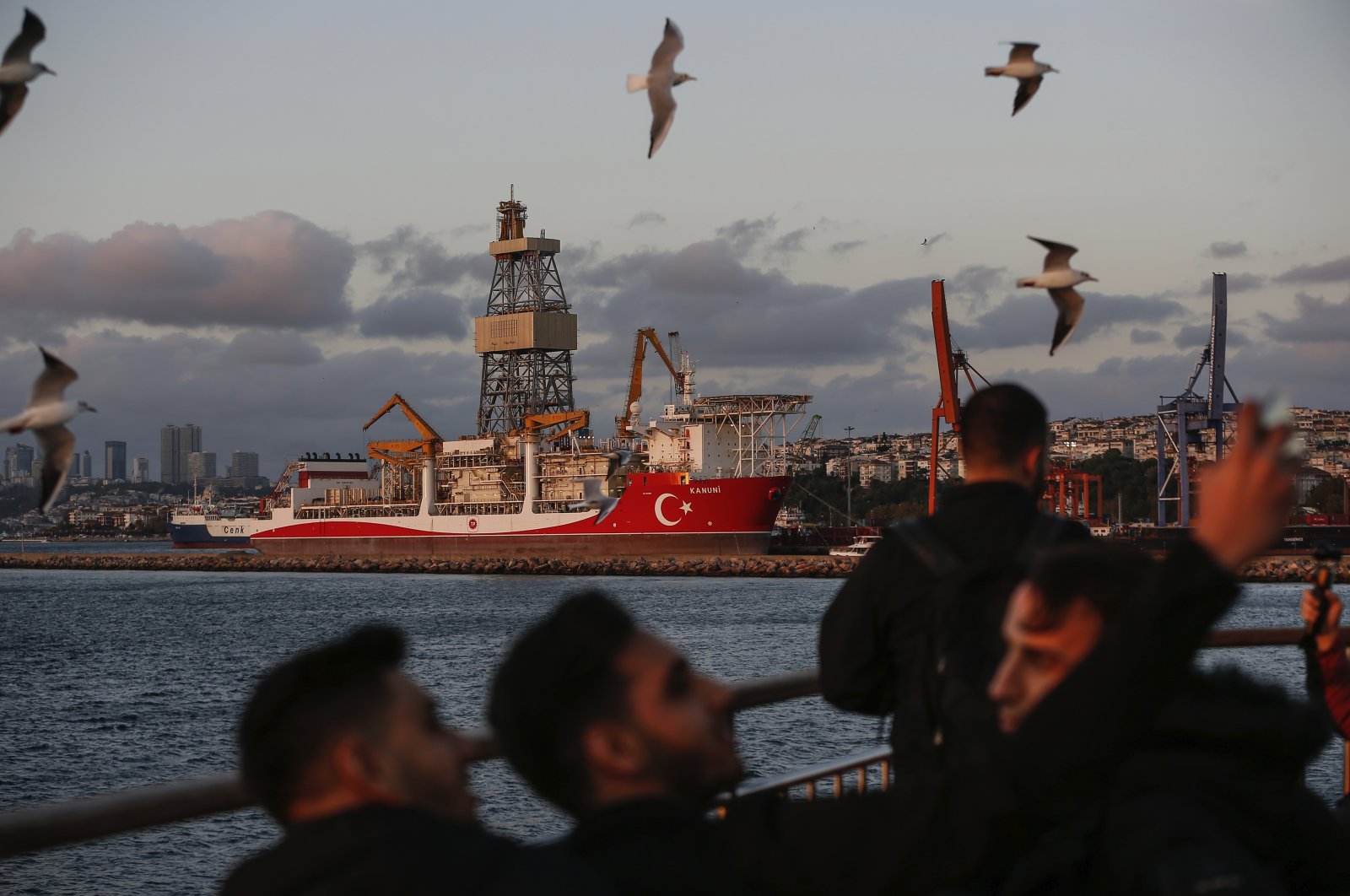 Turkish drilling ship Kanuni is seen docked for maintenance before heading to the Black Sea for drilling operations, at the port of Haydarpaşa in Istanbul, Turkey, Oct. 21, 2020. (AP Photo)
by DAILY SABAH
Oct 23, 2020 2:58 pm

Two of Turkey’s three drilling vessels are preparing to collaborate in the Black Sea, a report said Friday, as Fatih will be opening the designated wells, while Kanuni will be doing well tests and provide data necessary to develop the field.

Following the discovery of the natural gas at the Tuna-1 location in the Sakarya gas field, located about 100 nautical miles north of the Turkish coast, Fatih will kickstart new exploration activities in Türkali-1 borehole in the same site as of next month, Anadolu Agency (AA) reported.

The vessel is currently anchored off the coastal town of Filyos for maintenance and technical works.

The country's third drillship, Kanuni, arrived off Istanbul Monday and is anchored at the Haydarpaşa Port on the city’s Asian side where it is projected to stay for two to three weeks.

It will set sail for the Black Sea after the tower disassembly works are completed for the vessel to pass under the three Bosporus bridges.

The Türkali-1 borehole and the tests to be done there are expected to provide additional information about the existing reserves and production potential.

The work on the borehole is also said to allow for a better understanding of the gas potential of the field. Fatih’s drilling of the first designated well is also expected to play an important role in clarifying the technical characteristics of the site.

A total of 40 production wells will be drilled within the scope of Turkey’s Black Sea activities.

The report said seismic studies have been completed in an area of 2,200 kilometers in the Sakarya gas field, which size is said to be 10,700 kilometers. Natural gas was found in a 225-kilometer area of the field.

Seismic works in the remaining 8,500-kilometer area will begin next month. Related seismic data are said to be obtained in the first half of next year as a result of five-to-six-month-long works.

In light of the data, the country will decide on new exploratory drillings in the site.

Even before Saturday's revision, analysts had said the find represents a major discovery and was one of the largest global discoveries in 2020.

Turkey expects the first gas flow from the field in 2023, with an envisaged annual gas flow of between 5 bcm-10 bcm. The field is expected to reach plateau production of around 15 bcm as of 2025.

Energy and Natural Resources Minister Fatih Dönmez, at an interview with broadcaster A Para on Thursday, said Turkey will operate the gas field on its own, but it may cooperate with foreign firms in terms of detailed work and equipment.

Ankara expects gas suppliers to offer more competitive pricing and flexibility if they want to renew long-term contracts for 16 bcm per year.

More than a quarter of Turkey's long-term gas contracts expire next year, including imports via pipeline from Russia's Gazprom and Azerbaijan's SOCAR and a liquefied natural gas (LNG) deal with Nigeria.